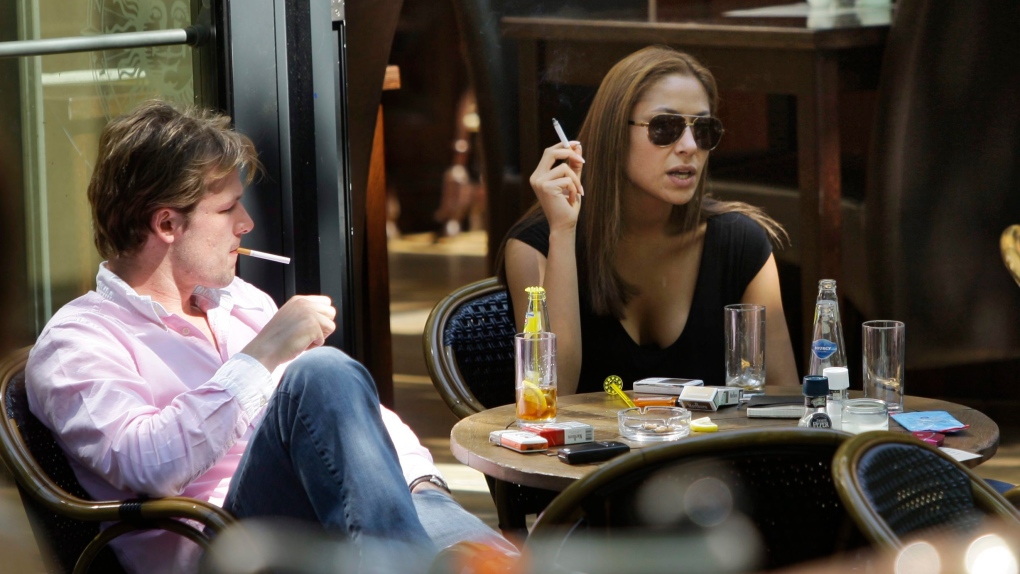 A couple smoke outside a bar in central Amsterdam, the Netherlands, Tuesday, July 1, 2008. (AP Photo/Dusan Vranic

THE HAGUE, Netherlands -- A Dutch appeals court on Thursday refused to order public prosecutors to open a criminal investigation of tobacco companies, in a major setback for anti-smoking activists.

In a written ruling that upheld an earlier decision by prosecutors not to open an investigation, The Hague Appeals Court said that cigarettes aren't illegal because they adhere to European Union regulations, "so there is no criminal behaviour" by tobacco companies.

"The fact that cigarettes can have an addictive character and can create health risks changes nothing," the court said.

Dutch lawyer Benedicte Ficq in 2016 sought a criminal prosecution on behalf of ex-smokers and a youth smoking prevention organization. Hospitals, doctors and other groups later joined the call.

"The appeal court's decision is no surprise for the VSK, given that the public prosecutor's office already rejected the complaint in February in a strongly worded decision and concluded that tobacco companies adhere to the law," Straeter said.