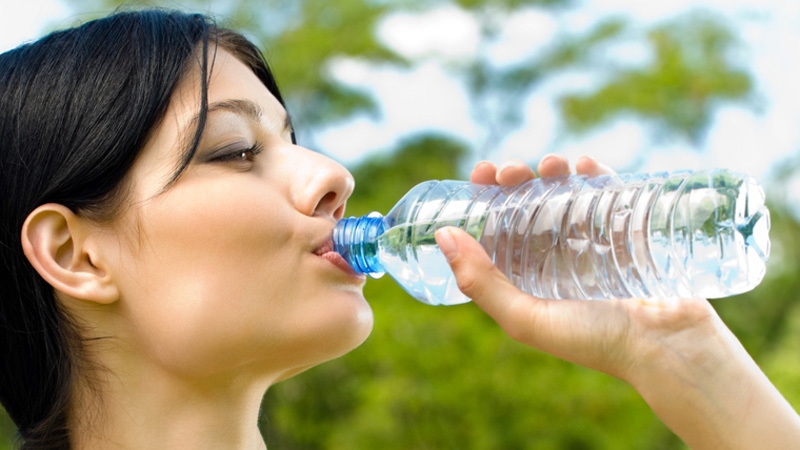 Increasing fluid intake could be one way of preventing UTIs in women, according to new research. (vgstudio / shutterstock.com)

American researchers have found that drinking an additional 1.4 litres of water a day could help keep urinary tract infections  at bay in women who are prone to them.

Led by Dr. Thomas M. Hooton, clinical director of the Division of Infectious Diseases, University of Miami School of Medicine, the study looked at 140 healthy premenopausal women who had at least three UTIs in the last year and reported low daily fluid intake.

Women are more likely to suffer from UTIs than men partly because in women the urethra is shorter, meaning it is easier for bacteria to travel from the rectum and vagina to the bladder and cause infection.

The women were followed for one year, with the researchers finding that on average, women in the water group increased their daily water intake by 1.15 litres and had a total daily fluid intake (including water and other beverages) of 2.8 litres.

Women in the control group however did not increase the amount of water they drank at all, and had a total daily fluid intake of 1.2 liters.

At the end of the one year, the team found that women in the control group had on average 3.1 UTIs.

However, those who had been drinking extra water had 1.6 UTIs on average, a 48 percent reduction.

This also meant that as a result, women in the water group took fewer antibiotics to help combat infections, taking an average of 1.8 courses compared to 3.5 in the control group, a reduction of 47 percent.

As well as meaning the women suffered less from uncomfortable UTI infections, reducing the use of antibiotics is also important as it helps decrease the risk of antibiotic resistance.

Hooton explained that drinking more fluids can help reduce the chance of a UTI by increasing how often bacteria are flushed out of the bladder, and by reducing the concentration of bacteria that enter the bladder from the vagina.

"While doctors have long assumed this is the case and often recommended that women at risk for UTIs increase their fluid intake, it's never really undergone a prospective trial before," he added, "It's good to know the recommendation is valid, and that drinking water is an easy and safe way to prevent an uncomfortable and annoying infection."

The findings are to be presented at IDWeek 2017, the annual meeting of the Infectious Diseases Society of America.