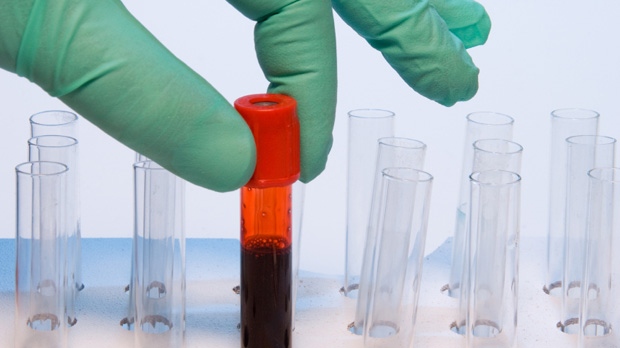 Italian dermatologists report the case of a woman with an unusual disorder: a tendency to sweat blood in a kind of modern-day stigmata.

The two doctors from the University of Florence report the woman’s condition in the latest issue of the Canadian Medical Association Journal.

They say the 21-year-old woman was admitted to hospital after three years of regularly sweating blood from her palms and face whenever she engaged in physical activity, or while sleeping.

She told them the bleeding often intensified during times of emotional stress, but she could find no other trigger for the bleeding spells.

The doctors saw evidence of the bloody sweat themselves and say it occurred without any form of lesions appearing on her hands or face.

“Our patient had become socially isolated owing to embarrassment over the bleeding and she reported symptoms consistent with major depressive disorder and panic disorder,” they write.

The doctors treated the woman’s mental health problems with anti-anxiety medications and, after eliminating other potential causes, diagnosed her with “hematohidrosis” – a rarely reported condition that causes the patient to excrete blood through unbroken skin.

The cause of the condition remains a mystery, but various theories have been proposed over the years. They include blood coagulation disorders, and problems involving overactive sympathetic nervous system activation.

“In the literature, there is no single explanation of the source of bleeding in hematohidrosis,” the doctors write.

The doctors write that, while they prescribed the woman a beta blocker medication called propranolol which helped diminish the woman’s symptoms, they have not been able to eliminate them completely.