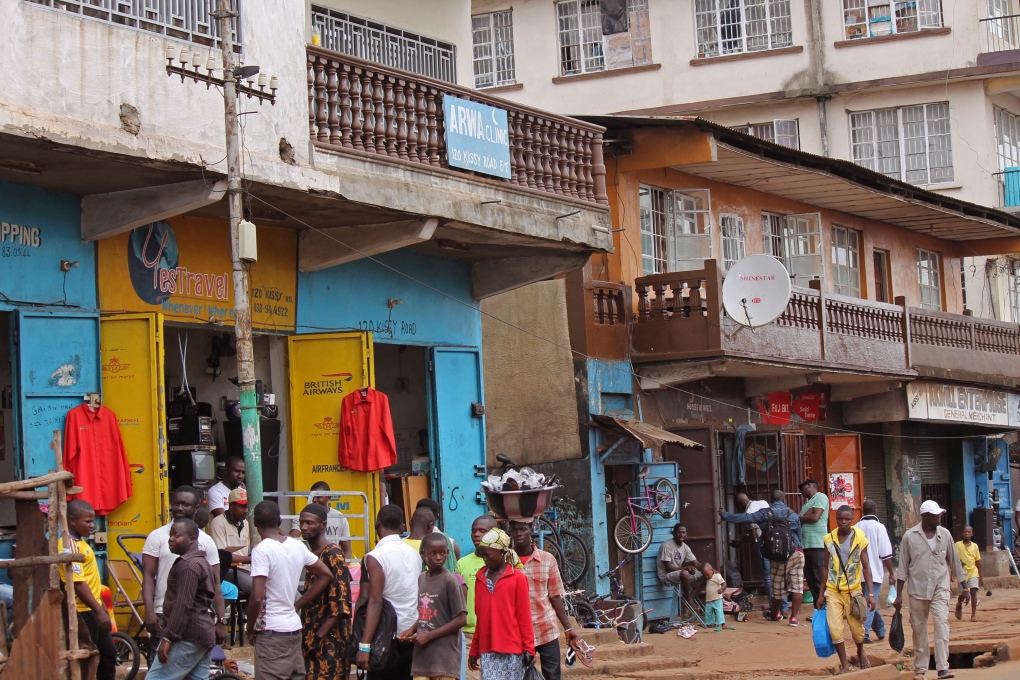 The Arwa clinic, centre, is shown in Freetown, Sierra Leone on July 15, 2014. The clinic was closed after its doctor got infected by the Ebola virus. (AP / Youssouf Bah)

FREETOWN, Sierra Leone -- Sierra Leone's health minister confirms that the doctor in charge of battling the current Ebola outbreak has himself become ill with the deadly disease.

Minister of Health and Sanitation Miatta Kargbo issued a statement Tuesday saying that Dr. Sheik Humarr Khan has a confirmed case of Ebola.

The minister described the stricken doctor as a national hero for the sacrifices he has made during the current outbreak of the hemorrhagic fever.

The minister said the doctor is now on his way to a Doctors Without Borders treatment center in Sierra Leone's eastern Kailahun District.

More than 500 people have died in the current Ebola outbreak in three West African countries: Sierra Leone, Guinea and Liberia.