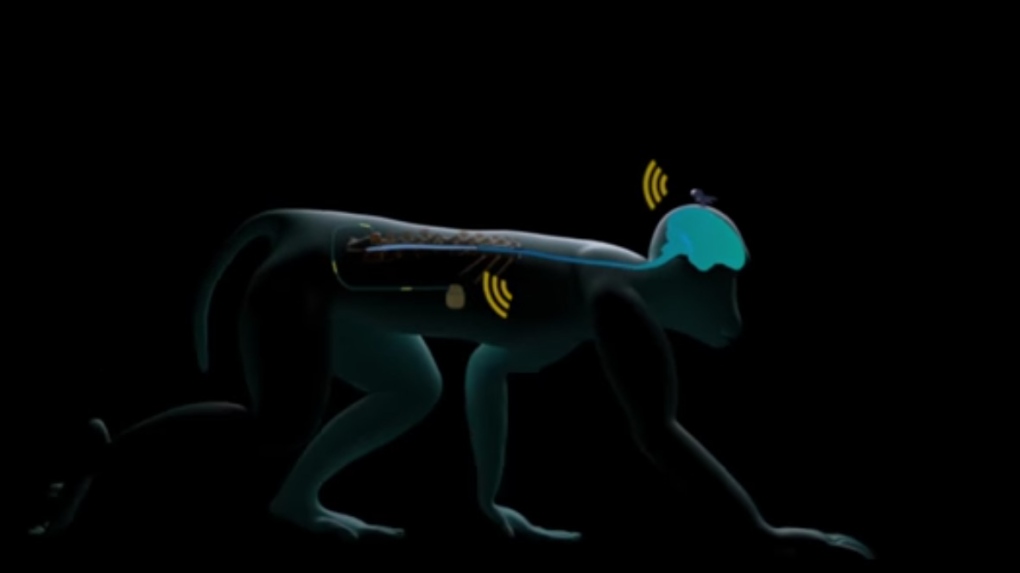 A new device has allowed two monkeys to regain use of their paralyzed legs by transmitting brain signals wirelessly, bypassing their spinal cord lesions, a study released Wednesday by the journal Nature said.

The implantable device, called a neuroprosthetic interface, was developed by an international team led by researchers at the Federal Polytechnic School of Lausanne (EPFL) and may soon be tested as a remedy for paralysis in humans.

"For the first time, I can imagine a completely paralyzed patient able to move their legs through this brain-spine interface," Jocelyne Bloch, a neurosurgeon at the Lausanne University Hospital, said in a press release from EPFL.

The interface conceived at EPFL is a multi-component brain-spine connector, which decodes signals from the part of the motor cortex responsible for leg movements.

It then relays those signals in real time to the lumbar region of the spinal cord that activates leg muscles to walk.

In the two test cases, the monkeys' motor cortex and spinal lumbar regions were still functioning.

The interface was therefore able to wirelessly relay the movement instructions while skipping the damaged area of the spine causing the paralysis, EPFL said.

The monkeys regained some use of their paralyzed leg within two weeks, walking on both a treadmill and on the ground, Nature said in a press release.

The journal noted that implantable technology that decodes brain signals has previously allowed a human patient to move a prosthetic or robotic hand.

But using a neuroprosthetic interface to activate a complex leg muscle in a primate was a first, Nature added.

The lead scientist on the groundbreaking project, Gregoire Courtine of EPFL, warned "it may take several years before all the components of this intervention can be tested in people."

The concept of the interface was developed in Switzerland, key components came from Brown University in the U.S. state of Rhode Island and the medical device company Medtronic, based in Dublin.