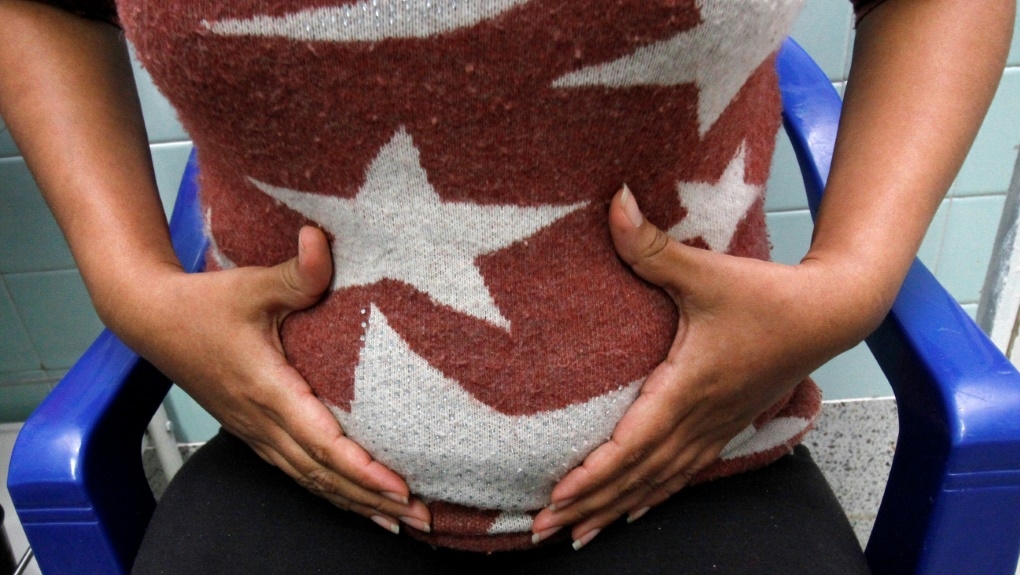 A pregnant woman carrying the Zika virus is seen at the Erasmo Meoz University Hospital in Cucuta, Colombia, in January 2016. (AFP)

WASHINGTON, UNITED STATES -- Infants in Colombia who were exposed to the Zika virus in the womb showed motor and cognitive development delays in their first 18 months of life, despite having a normal head circumference at birth, scientists reported Monday.

Their study, published in the journal JAMA Pediatrics, involved 70 babies born on Colombia's Caribbean coast between August 2016 and November 2017, the height of an epidemic that spread across South America and led the World Health Organization to declare a global emergency.

The Zika virus is spread by mosquitoes, and can cause pregnant mothers to give birth to babies with a pattern of defects and disabilities called "congenital Zika syndrome." These include severe microcephaly, decreased brain tissue, damage to the eyes, clubfoot and restricted motion.

But some 90-95 percent of babies whose mothers carried the Zika virus during pregnancy are born without any defects, and the impact on their brain development had remained largely unknown.

"This is the group of babies that I think no one was very worried about," Sarah Mulkey, a fetal and neonatal neurologist at Children's National Hospital in Washington and the study's first author, told AFP.

"Now we're finding that these normal appearing babies are having a difference in their developmental trajectory over time," as measured by the time it took them to hit markers like crawling, walking, or playing peekaboo.

To approach the question, a multi-institutional group enrolled pregnant women in Colombia's Atlantico Department who had laboratory-confirmed Zika infections, and then selected babies without birth defects for the study.

After birth, the babies were evaluated twice up to the age of 18 months using two widely recognized tools: a 50-item questionnaire called the Warner Initial Developmental Evaluation of Adaptive and Functional Skills, and the Alberta Infant Motor Scale, which is based on observations.

Most of the babies were also given postnatal cranial ultrasound scans, with about 30 percent showing subtle brain abnormalities like tiny cysts that are also found in the general population but at much lower rates, of around two to five percent, and aren't normally deemed problematic.

When it came to the questionnaire, researchers found that the babies in the study performed on the whole worse than average.

"We saw the largest difference, though, in their mobility score, which asked questions about a baby rolling over, sitting up, crawling, walking, climbing stairs," said Mulkey.

There was also some divergence in social and cognitive scores, based on questions about their ability to perform tasks like taking turns to roll a ball or playing peekaboo.

During the observational assessments of motor skills, which were videotaped, the team found that the babies with the minor brain abnormalities performed worse than those without the defects.

According to Mulkey, taken together, the development delays were generally in the order of several months compared to babies not exposed to Zika, subtle enough to be missed in the absence of specialized testing, and underscored the need for long-term follow-up.

"What this paper shows is that these babies that are normal appearing that were exposed in utero have differences in their development, but we don't yet know how it's going to affect them at age five and age eight, because none of these children have reached that age."

The children could conceivably catch up over time, or their development could continue to get worse -- a question the team is trying to answer with the next phase of the study.