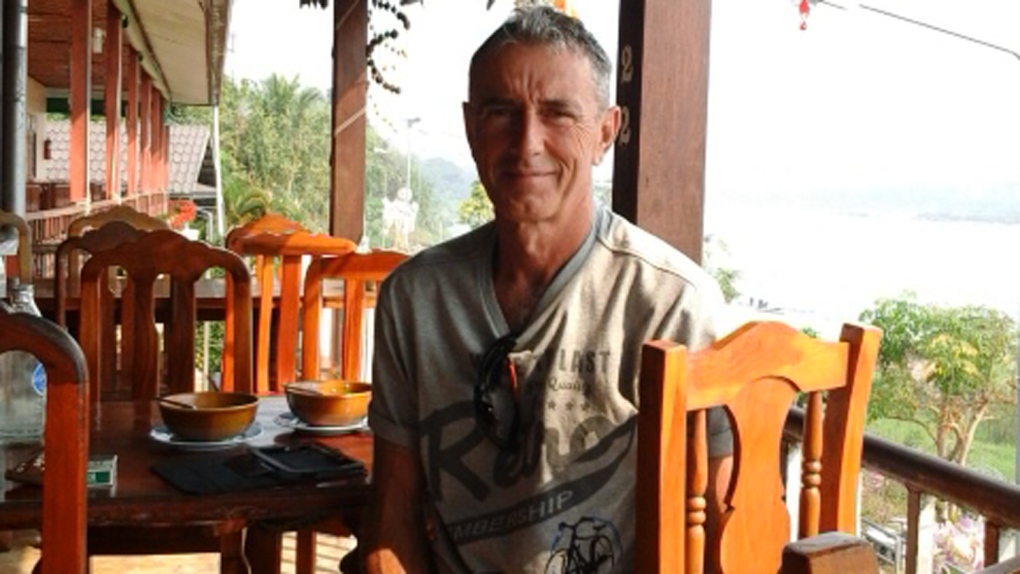 Bill Hughes died in May 2016, roughly four months after he slipped into a coma after contracting Japanese encephalitis while in Thailand. He was a fit and healthy 62-year-old retired firefighter who did triathlons and loved to travel, says his daughter Jillian Hughes, who has made it her mission to raise awareness of the condition.

“My dad’s death was preventable and I want to keep people from making the same mistake,” she told CTVNews.ca in a phone interview. “No matter where you are travelling, educate yourself. I never thought this could happen to someone like my dad.”

About 68,000 people contract Japanese encephalitis worldwide each year, according to The Encephalitis Society. It is a virus found in pigs and birds that is transmitted to human by mosquitoes, with cases primarily found in southeast Asia and the western Pacific islands.

Most people have only mild symptoms, but in approximately one in 250 cases, the impact is severe, causing seizures, convulsions, fever, disorientation and coma. The lasting effects are often traumatic. About one-third of cases are fatal. Another third result in life-changing disabilities.

When Jillian Hughes arrived in Thailand in mid-January 2016 after receiving news her dad was in the hospital, she found him with a tube down his throat and hooked up to all kinds of machines. He was battling a high fever and his room was being kept cold.

She had been messaging with him only a couple of days before. Their habit was to connect every few days while he was travelling.

Hughes says her father was quickly diagnosed with Japanese encephalitis but a test to confirm it took about a week. She says he got terrific care in the Thai hospital and, as the weeks stretched on, there seemed to be reason for hope.

He would occasionally open his eyes and look directly at his daughter, or seem to respond to her voice, though she was told those could just be reflexes of the brain, not conscious efforts. His temperature went down and his oxygen levels improved after a tracheotomy.

Finally, in late April, Thai doctors believed Hughes was well enough to be transported back to Canada. But he died May 10, only 10 days after arriving in Edmonton.

Aside from losing a loved one, Hughes’ family had to sell off assets and hold fundraisers to pay for his medical care and transportation home.

“We spent everything we had,” says Hughes, a 35-year-old who works in marketing.

But media attention at the time alerted U.K.-based encephalitis scientist and advocate Ava Easton to Bill Hughes’ case. She is an honorary fellow at the University of Liverpool and chief executive of The Encephalitis Society, which aims to build awareness.

She contacted Jillian Hughes and urged her to share her father’s story ahead of World Encephalitis Day on Feb. 22. The condition is not publicly well understood, says Easton, saying surveys by her organization have found that roughly 78 per cent of people don’t know what encephalitis is.

There are many pathways for encephalitis to develop, including through mosquito- and tick-borne viruses, routine infections such influenza, measles and herpes simplex , and in some cases, it happens when the body’s immune system goes haywire and attacks the brain, says Easton, author of Life After Encephalitis.

But while Japanese encephalitis is “particularly nasty,” it is preventable through vaccination. Bill Hughes should have been warned that his risk of contracting the condition was particularly high because he was going to spend a protracted amount of time in Thailand, says Easton.

“I’ve talked to travel health professionals who say they’ve never seen a case of Japanese encephalitis but we need to push awareness of it because the condition is so severe,” said Easton. “People aren’t being fully informed if they don’t know both the likelihood of contracting it and the severity if they do.”

She works with Japanese encephalitis survivors who have been left as quadriplegics and who breathe through ventilators and are fed through tubes.

Even those who recover best have ongoing challenges with fatigue and memory that change their lives, she says.

Hughes said her father had made four or five trips to Thailand and neighbouring countries before, and did have vaccines for the region, but she doesn’t know why Japanese encephalitis wasn’t among them. She believes that, if her father understood the risks, he would have had the vaccination, which is administered in two doses.

“He was careful and he cared about his health,” she says. The relatively high cost of the shots, typically several hundred dollars for each dose, would not have deterred her father, Hughes said. He happily paid for organic food, gym memberships and vitamins.

“He wouldn’t cut that corner.”

Both the Centers for Disease Control and the World Health Organization recommend the Japanese encephalitis vaccine among seven specific vaccines for travel to Thailand.

“Risk is low for most travellers. Vaccination should be considered for those who may be exposed to mosquito bites (e.g., spending a large amount of time outdoors) while travelling in regions with risk of Japanese encephalitis,” reads the government’s travel health website.

Hughes says when her best friend was travelling to Thailand to join her at her dad’s bedside, Hughes was insistent she get the Japanese encephalitis vaccine. But when her friend went to a doctor, she was discouraged because it’s expensive and was told it’s not needed unless she was visiting a farm.

“My dad was only in the city. He wasn’t on a farm,” said Hughes. “And it’s ridiculous to think mosquitoes only stay on farms anyway.”

Hughes says her father was a private man, but she thinks he would be proud of her efforts to warn others with his story.

“If we had heard such a story before he left, maybe it would have saved his life. He saved lives for a living as a firefighter, so I think he would be honoured by this.”