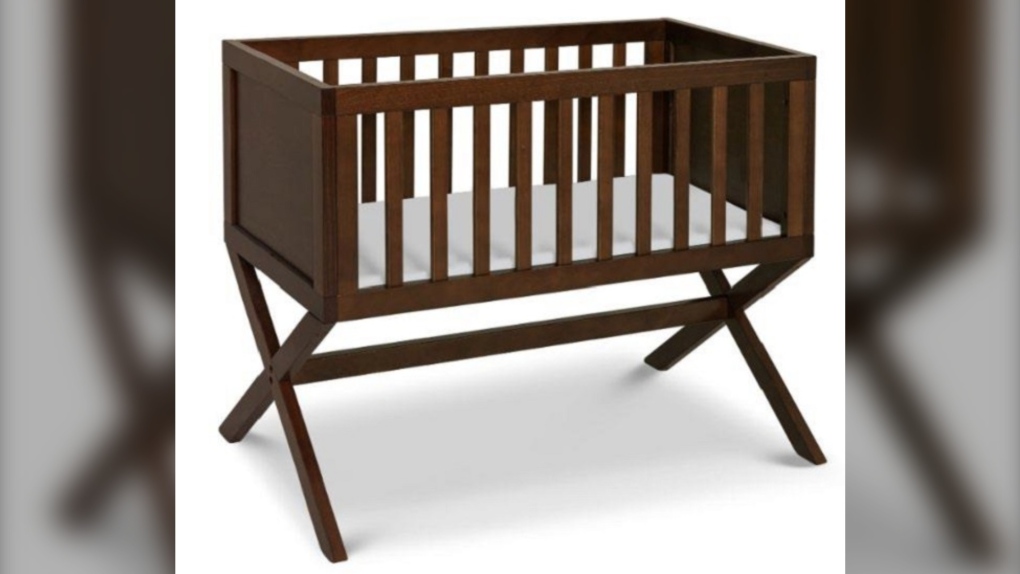 The DaVinci 'Bailey' Bassinet is seen in this image. (Health Canada)

TORONTO -- A wooden bassinet from the infant furniture company DaVinci has been recalled again following new complaints of the mattress support becoming disengaged, posing a fall or entrapment hazard to babies.

The recall affects the wooden bassinet product called the 'Bailey' with model number M0934 that was manufactured between August 2018 and September 2019.

Health Canada said anyone with the product should immediately stop using it and contact DaVinci for a free repair kit.

Approximately 290 units of the affected product sold in Canada with 3,000 sold in the U.S.

While waiting for a repair kit, a notice on the company's website said owners of the recalled product should "remove the current support legs and use the bassinet on a safe space on the floor" or find an "alternate, safe sleeping environment for the child."

The same batch of the DaVinci 'Bailey' Bassinet was previously recalled on Dec. 5, 2019 as a result of a different fall hazard following complaints of the bed's legs cracking when moving it across the floor.