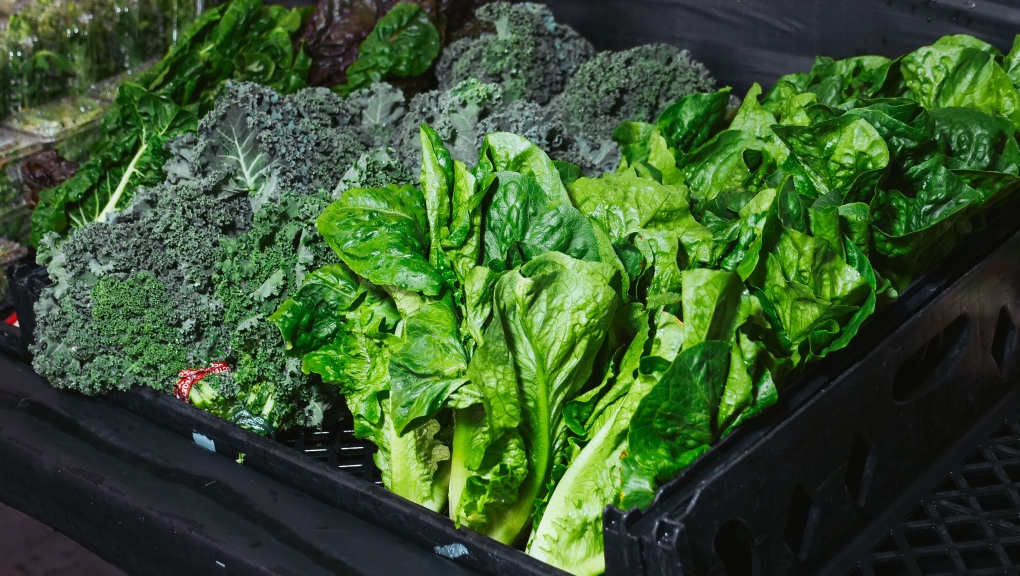 TORONTO -- Eating a lot of dark green, leafy vegetables with your meals could be the key to relieving severe, chronic headaches, according to a case study reported by doctors that successfully treated a man who suffered from intensely debilitating migraines for more than 12 years.

The peer-revewed case study, published in BMJ Case Reports, is the latest evidence to suggest that certain types of food could be an effective alternative to treating severe migraines, the authors said.

“While medication plays a central role in migraine prevention and treatment, there is growing evidence that dietary intervention may also offer an effective approach to migraine management without the adverse effects associated with some medications,” they wrote in the paper, noting a recent study that found a low-fat, plant-based diet lowered migraine pain as well as its duration.

The 60-year-old patient profiled in the case study had experienced frequent migraines for twelve and a half years and found little relief from a variety of conventional treatments and therapies.

Migrane medication such as Zolmitriptan and Topiramate, cutting out certain types of food like chocolate and caffeine that could potentially precipitate the headache, and meditative exercises like Yoga all had limited to no effect. He also tried other types of interventions meant to reduce stress, which can also be a trigger.

For most of those years, the man experienced four to six headaches attacks a month often lasting for days at a time, for a total of 12 to 18 days per month. The headaches eventually became chronic, coming on with sudden intensity, involving a throbbing pain in the forehead and temple. In a given month, the patient would suffer from severe migraines on 18 to 24 days out of a month. The attacks also made him sensitive to light and sound, triggering nausea and vomitting.

“I am a photographer, and migraines made my job almost impossible,” the unnamed patient said in report.

“Before I changed my diet, I was suffering six to eight debilitating migraines a month, each lasting up to 72 hours. Most days, I was either having a migraine or recovering from one...if I missed the 15–30 min medication window, the migraines would be a 12 out of 10, and I could end up in bed in the fetal position.”

This particular patient also had other medical problems, including allergies and was HIV positive, both of which can be a source of headaches. But the doctors noted that “the patient’s headaches did not fluctuate when his seasonal allergies flared in the spring or respond to therapies that alleviated his allergies.” His HIV status -- and the antiviral medications used to treat it -- are known to also cause headaches, but stopping the antiretroviral treatment was not an option.

The doctors put him on a Low Inflammatory Foods Everyday (LIFE) diet, which avoids processed foods and meats, and focuses on fresh vegetables and fruit. Dark leafy greens such spinach, kale, and watercress are especially good sources of nutrient-intense, anti-inflammatory foods.

After just two months on the diet, the number of migraines along with the length and intensity of those attacks all fell dramatically. The patient reported just one episode a month and stopped all his prescription drugs and even tried foods that might normally trigger an attack.

After three months, the migraines disappeared altogether, with results “far exceeding the goal of migraine treatment with medication, which is to reduce migraine frequency by >50 per cent per month,” the doctors wrote in the paper. The results were also long-lasting, leaving the patient headache-free for seven and a half years.

“I am no longer a prisoner in my own body. I have my life back,” the patient stated in the paper.

To the authors’ knowledge, this case study is the longest successful treatment of chronic migraine through dietary intervention published.

Doctors noted in the report that his serum beta carotene levels, found highest in dark leafy vegetables, more than tripled after he started on the diet. Beta-carotene and other carotenoids, have been proven to lower systemic inflammation and oxidative stress, which is an imbalance between antioxidants in your body and free radicals, unstable atoms that can damage cells.

“Interestingly, after the patient started the LIFE diet and his migraine frequency diminished, he also achieved allergy relief and improved lipid levels, obviating the need for albuterol and rosuvastatin, respectively,” the authors wrote. Albuterol, popularly known as Ventolin, treats wheezing and shortness of breath, while rosuvastatin, sold as Crestor, is a cholesterol drug.

“This report suggests that a whole food plant-based diet may offer a safe, effective and permanent treatment for reversing chronic migraine. While this report describes one very adherent patient who had a remarkable response, the LIFE diet has reduced migraine frequency within 3 months in several additional patients.”