'Creeping sleepidemic': Almost a third of Canadian kids are sleep-deprived

Canadians kids are getting too much screen time and not enough exercise and that’s making it hard for them to get a good night’s sleep.

Those are the findings from the latest ParticipACTION report card, which once again finds that the vast majority of kids are not getting the heart-pumping exercise they need every day to stay healthy.

So for the first time, the ParticipACTION researchers are releasing new guidelines to outline what a healthy 24-hour period should look like for young people. They call for:

The research found that the average Canadian kid is not meeting those guidelines.

Kids between the ages of five and 17 spend an average of 8.5 hours sedentary every day. And every hour those kids spend being sedentary delays their bedtime by three minutes.

When it comes to physical activity:

Dr. Mark Tremblay, the chief scientific officer for the ParticipACTION report card and director of the Children's Hospital of Eastern Ontario Research Institute's Healthy Active Living and Obesity Research Group, says kids get into a “vicious cycle” of inactivity.

They don’t get enough exercise during the day, stay on screens too late at night, and then wake up too tired to get exercise the next day.

“We’re trying to turn that vicious cycle into a virtuous one, so we get kids moving during the day, they’re tired, they sleep well, they wake up refreshed and that negative cycle is reversed,” he told CTV News Channel Thursday.

Lack of sleep can cause hyperactivity, lower IQ scores, and produce hormonal changes that are associated with an increased risk for obesity, diabetes and hypertension.

As well, chronic sleep loss is linked to higher rates of depression and suicidal thoughts, the report card says.

Research shows that physical activity is one of the best sleep aids, but according to the report, the problem is most children aren't getting enough exercise.

"Kids who are tired out from running around sleep better, and those who have slept well have more energy to run around," the report card says.

"Society is starting to pay attention to the fact that the reverse is also true and troubling: kids aren't moving enough to be tired, and they may also be too tired to move."

The 24 Hour Movement Guidelines calls for the following:

-At least 60 minutes of moderate to vigorous physical activity a day. Muscle and bone strengthening activities should be incorporated at least three days per week;

-No more than two hours of recreational screen time a day;

The report card says, to stem the "creeping sleepidemic," children need to get outdoors and off the couch to get their hearts pumping.

"It's time for a wake-up call. If Canadian kids sit less and move more, we will all sleep better." 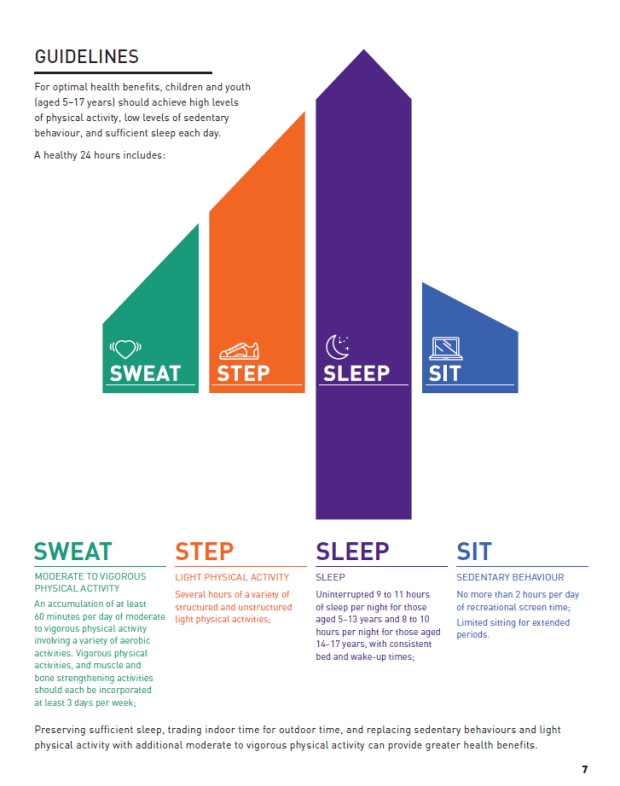