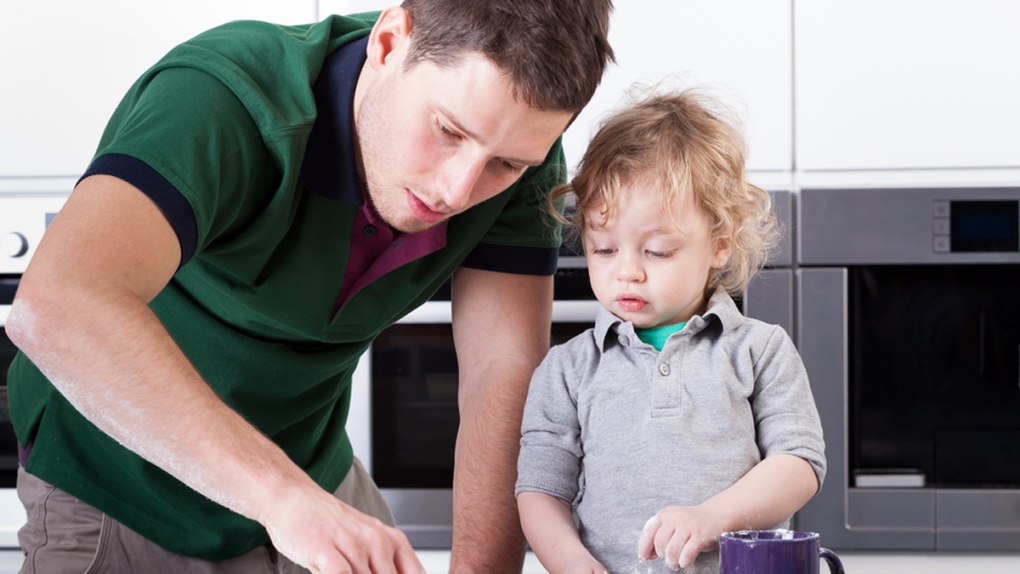 Fathers who spend more time with their children have less conflict and better sex lives with their spouses. (Photographee.eu / shutterstock.com)

A team of researchers from Georgia State University have concluded that heterosexual couples that split childcare duties have higher-quality relationships and sex lives than couples in which the majority of the responsibilities lie with the mother alone.

The study was led by Daniel L. Carlson, an assistant professor of sociology at Georgia State University (GSU), and GSU graduate students Sarah Hanson and Andrea Fitzroy. For the purpose of this study, the team analyzed the data from 487 heterosexual couples in the 2006 Marital and Relationship Survey (MARS).

The researchers examined four different kinds of tasks across three dimensions of childcare. Those dimensions were: physical/emotional childcare, interactive childcare and passive childcare, which includes supervising and monitoring. The four tasks that the GSU team looked at were who was responsible for making the rules for the children, who enforced the rules or punished the children when they broke them, who praised the children for their accomplishments and who played with the children.

The team also looked at each couple's relationship quality, sexual frequency and quality of sex life.

There's a plus to being a more involved father

The results of the study, which will be presented at the 110th Annual Meeting of the American Sociological Association (ASA), indicate that when women were responsible for most or all of the childcare, both men and women reported lower-quality relationships and sex lives compared to couples that split childcare responsibilities.

"One of the most important findings is that the only childcare arrangement that appears really problematic for the quality of both a couple's relationship and sex life is when the woman does most or all of the childcare," Carlson said.

The research did indeed reveal that fathers in a heterosexual relationship could take on most or all of the childcare responsibilities without negative effects on the quality of the couple's relationship. In addition, couples in which men did most or all of the childcare had just as much sex as couples with egalitarian arrangements, and were just as satisfied with the amount of sex they were having.

Based on these conclusions, it seems that fathers have a lot to gain by investing more time in their children's childcare.