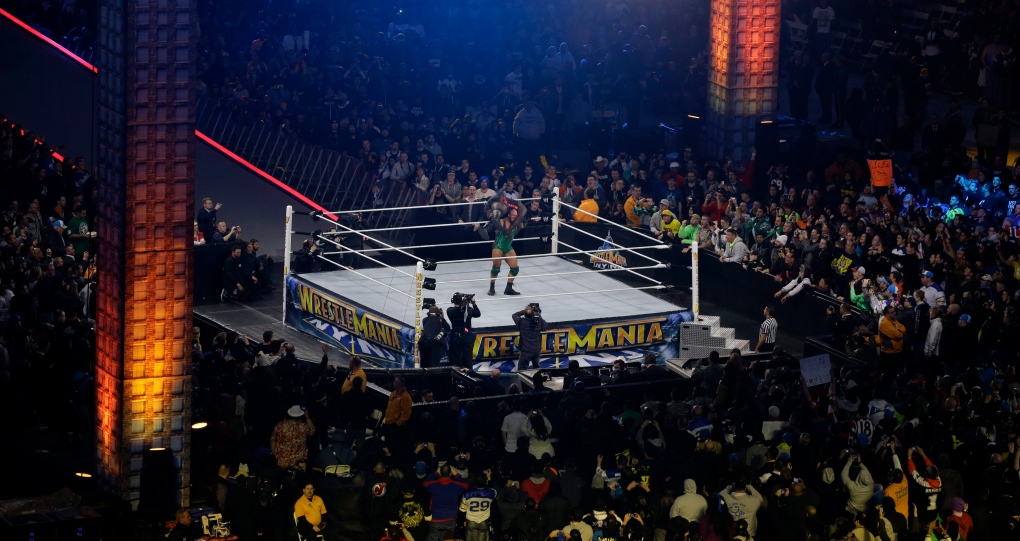 WrestleMania in Tampa, Fla., is down for the count.

The WWE's annual wrestling extravaganza -- often called the Super Bowl of wrestling -- will not be held at the home of the Tampa Bay Buccaneers in Raymond James Stadium.

WWE, however, said it will still hold its scheduled April 5 card on the closed set at WWE's training facility in Orlando, Fla.

WWE ran an empty arena edition of "Smackdown" last Friday and was set to run Monday's "RAW" from the performance centre.

Brock Lesnar is set to defend the WWE championship against Drew McIntyre at WrestleMania.

WrestleMania will be broadcast live on the WWE Network. It has been held annually in football stadiums in 2007 and usually draws some of the biggest crowds of the year for any sports entertainment event.

Canada shutting the border to most non-citizens due to COVID-19: PM Trudeau

How the pandemic is playing out on the B.C.-Washington border

Canada's workforce having to adjust to working from home

'The time has come': Cineplex closing all theatres across Canada

Canadians in Europe provide a glimpse of life under lockdown