Widow of U.S. junior hockey ref who died from COVID-19 thinks he contracted it during games 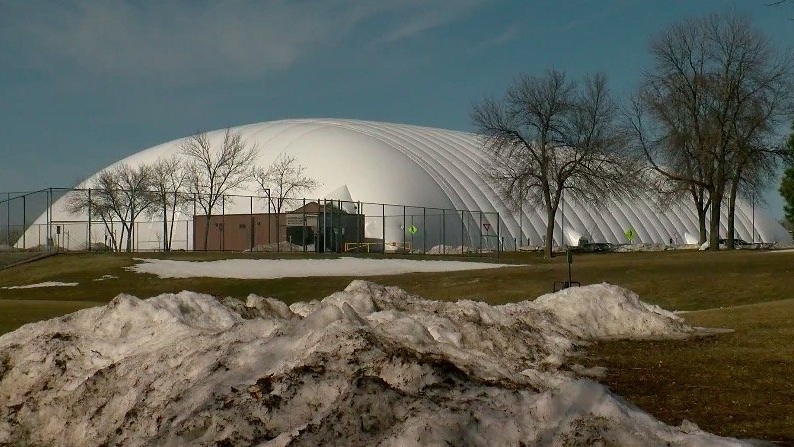 The wife of a youth hockey referee, who died from Covid-19, believes he contracted the virus while officiating games in Carver County. This image shows the youth sports arena where he was a hockey ref. (WCCO/CNN)

MINNEAPOLIS (WCCO) -- The wife of a youth hockey referee, who died from COVID-19, believes he contracted the virus while officiating games in Carver County.

Sixty-two-year-old Dan Culhane passed away in late February. His wife, Nancy Mitchell, also got the virus and was later told by health officials that she had the B.1.1.7 variant, which was first identified in the United Kingdom and is considered highly contagious.

“He loved the game itself. He loved the kids, especially the younger ones that were just kind of learning,” Mitchell said.

For 20 years, Culhane built a bond with players, coaches and fellow referees. He was also a cancer survivor who had been told by doctors that he could once again officiate games, with precautions.

But in February, they both tested positive for COVID-19. While she got better, he progressively got worse and had a stroke.

“He was put on a ventilator for the procedure and never came off of it,” she said. “So it was very fast and very shocking, and I just, I don’t want any other family to go through this.”

Mitchell said she tested positive for the UK variant and believes her husband contracted the virus while officiating youth hockey games in Victoria and Waconia. Last week, the Minnesota Department of Health recommended a two-week pause for youth sports in Carver County. MDH said 27 cases of the COVID-19 variant are now linked to the county.

“I have empathy for all the parents and kids, but I personally think at the very least they should pause and just sort of analyze this,” Mitchell said. “You might be OK, but you just don’t know who is not going to be OK.”

In the meantime, she is choosing to remember the passion Culhane had for the sport he loved.

“That’s a part that’s so sad is that, you know, he basically died participating in an activity that he loved,” she said.

Eastern Carver County Schools made some changes beginning Monday and running through March 21, including a pause on all non-varsity winter sports and additional safety measures for varsity teams.

The district has not commented on Mitchell’s claims. There is no way to know for sure if Culhane contracted COVID-19 from his refereeing duties.

Carver County parents are pushing to keep sports open, safely. Christina Jax, whose son plays varsity hockey, said she is worried what a pause could do to the mental health of kids in sports. She believes Carver County shouldn’t be isolated, and she wrote a letter to administrators detailing why.

“I don’t think it makes sense to just isolate this poor group of youth athletes. If we’re going to do it, then we need to make blanket statements for everybody, and actually be able to justify it statistically,” Jax said.

Last week, the Chaska-Chanhassen Hockey Association said last week that unless there is a direct order from the governor, Minnesota Hockey or community rinks, they will continue to play.

'COVID-19 is essentially everywhere': Thunder Bay, Ont. is one of the leading hotspots in Canada

Not all COVID-19 transmission will be stopped by vaccines, B.C.'s top doctor warns as care home records new outbreak

Why the 'grief pandemic' might outlast the worst of COVID-19