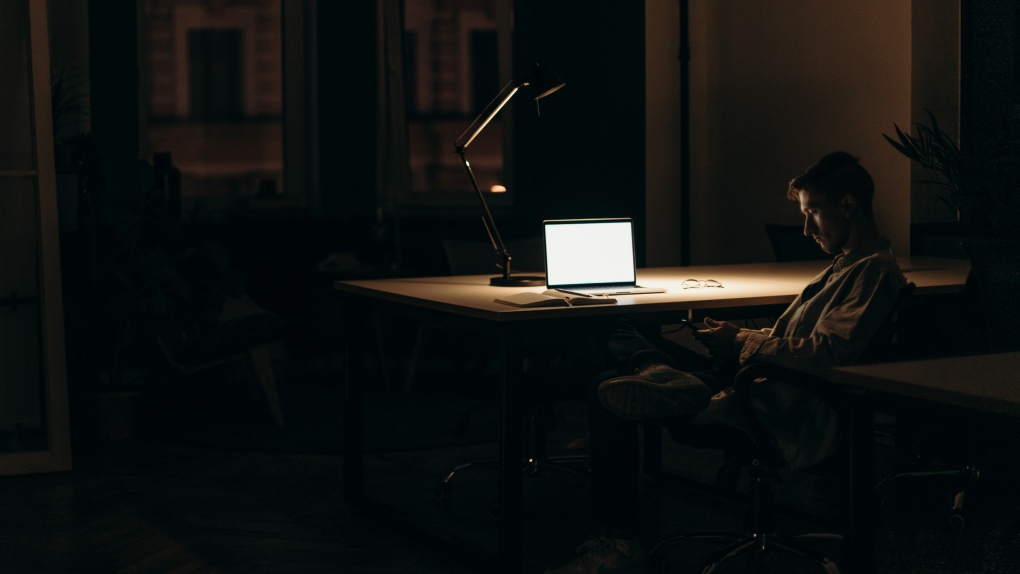 While most coffee shops, gyms and bars are closed during the COVID-19 pandemic, it’s important not to lose the power of ‘weak-tie’ interactions and ‘micro friendships’ with acquaintances that can provide a mental health boost, researchers say. (Pexels/cottonbro)

TORONTO -- When Canadian researcher Gillian Sandstrom began her master’s degree in Toronto in 2007, she felt out of place.

She asked herself the typical existential questions of early adulthood: Do I belong? Am I supposed to be here? That’s when she formed an unlikely bond, not with a fellow classmate or a professor, but the woman running a hot dog stand on campus.

“Having her was sort of an anchor,” she told CTVNews.ca over the phone from England on Monday.

Sandstrom, now an associate professor at the University of Essex located north of London, didn’t know it at the time, but her interactions with the woman would come to inform some of her research in social psychology.

“It wasn’t by any means a close relationship. But I realized that just this mutual recognition with the hot dog lady made me happy,” said Sandstrom, a self-described introvert.

She wondered if these kind of “weak-tie interactions” worked for everyone and if so, why that is.

In 2014, Sandstrom published research into the “surprising power of weak ties,” suggesting that they do, in fact, play a role in people’s well-being. More recently, she conducted a study using a Canadian-made scavenger hunt app called GooseChase to encourage participants to interact with strangers, gathering data on more than 1,600 people.

When the COVID-19 pandemic hit, she sought out that same group and encouraged virtual meetings with strangers to see how the pandemic may have changed their interactions. People who thought they’d be logging in for 14 minutes would stay online with a stranger for an average of 40 minutes, she said.

“I think often each individual interaction isn’t anything super special. It might just feel like small talk or a small moment of connection. But I think they add up to something bigger. It’s a sense of community and trust you can build over time,” she told CTVNews.ca during a telephone interview on Monday.

“We have this human need to connect and especially right now when we’re feeling so cut off, I think people are happier than usual to connect.”

While Sandstrom’s work pushes the psychology of interacting with strangers into the 21st century landscape of social media and the COVID-19 pandemic, sociologists have researched the impact of “micro friendships” on mental well-being for decades, said Dr. David Dozois, a psychology professor at Western University. Social connectedness, whether “weak ties” or close friends and family, are a strong component in the prevention of mental health problems, he told CTVNews.ca over the phone from Manitoba.

“We’re herd-type people. We need relationships. We need connections,” he said, even “micro” connections like coffee shop baristas or acquaintances at the gym. “They help us recognize that we’re connected to a bigger picture, a larger group, a sense of community.”

Now more than ever, these connections hold emotional weight, said Sandstrom. In other words, there’s something to the inspirational hashtags and mantras like “we’re all in this together.”

“It’s easier for everybody if we think of it as something we’re going through together,” she said.

Even though research has long confirmed the power of “hot dog ladies,” friendly bus drivers and other “weak ties,” people still don’t seem to take advantage of the well-being boost.

“We have this obsession with efficiency and we’re rushing around and we’re inside our heads a lot,” said Sandstrom, adding that perhaps the COVID-19 pandemic has emphasized the importance of weak-tie interactions.

Earlier in 2020, going for lockdown walks where there were other people still felt uncomfortable, she said.

“I noticed when it started that it felt like people were dangerous and I was avoiding people. That felt really bad. It took me a bit to realize that I can still look at people and smile at them,” she said.

She hopes people take advantage of the limited opportunity we have these days and embrace weak ties even behind masks in lineups, or with a smile mask-free on the sidewalk.

“I always nod at people too. You can make a real difference to someone else’s day,” she said. And, as her research shows, in your day too. “It’s a win-win.”

'This is a deadly disease:' Canada surpasses 15,000 deaths related to COVID-19

Why COVID-19 vaccines are not widely recommended for pregnant and breastfeeding Canadians, for now

Experts say tobogganing during the pandemic is 'totally safe'

Pollution is affecting the pandemic, not the other way around

Dozens of tickets handed out for illegal holiday gatherings in Quebec

Experts say picking your nose isn't just gross, it's dangerous in the time of coronavirus