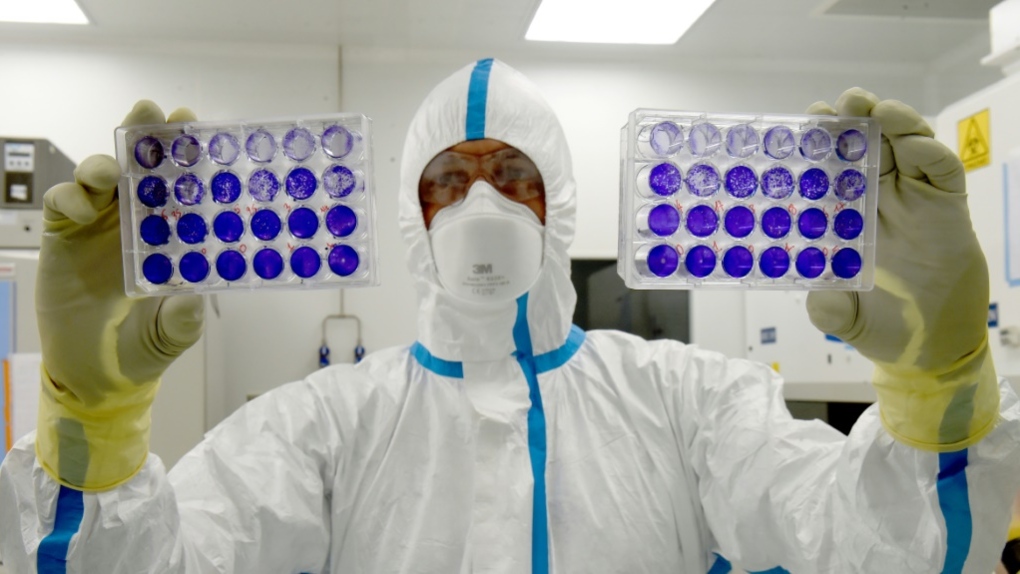 Twenty-six candidate vaccines are in various stages of being tested on humans. (AFP)

WHO chief Tedros Adhanom Ghebreyesus said it would be in the interest of richer nations to ensure that any vaccines eventually produced to protect against the new coronavirus were shared globally.

"Vaccine nationalism is not good, it will not help us," he told the Aspen Security Forum in the United States, via video-link from the WHO's headquarters in Geneva.

"For the world to recover faster, it has to recover together, because it's a globalised world: the economies are intertwined. Part of the world or a few countries cannot be a safe haven and recover.

"The damage from COVID-19 could be less when those countries who... have the funding commit to this.

"They are not giving charity to others: they are doing it for themselves, because when the rest of the world recovers and opens up, they also benefit."

He said the existence of the deadly respiratory disease anywhere put lives and livelihoods at risk everywhere.

RACE FOR THE VACCINE

The United Nations health agency also said that multiple different types of vaccines would likely be needed to combat COVID-19.

Twenty-six candidate vaccines are in various stages of being tested on humans, with six having reached Phase 3 wider levels of testing.

"Phase 3 means this is the first time this vaccine has been put into the general population, into otherwise healthy individuals, to see if the vaccine will protect them against natural infection.

However, "there's no guarantee that any of these six will give us the answer -- and we probably will need more than one vaccine to do this job."

The novel coronavirus has killed over 708,000 people and infected more than 18.8 million since the outbreak emerged in China last December, according to a tally from official sources compiled by AFP.

"The Americas remain the current epicentre of the virus and have been particularly hit hard," said Tedros, with the United States, Brazil and Mexico suffering the most deaths.

Asked about the virus raging in the Americas, Ryan said no country had always found all the right answers, and a vast expansion of the public health workforce was required.