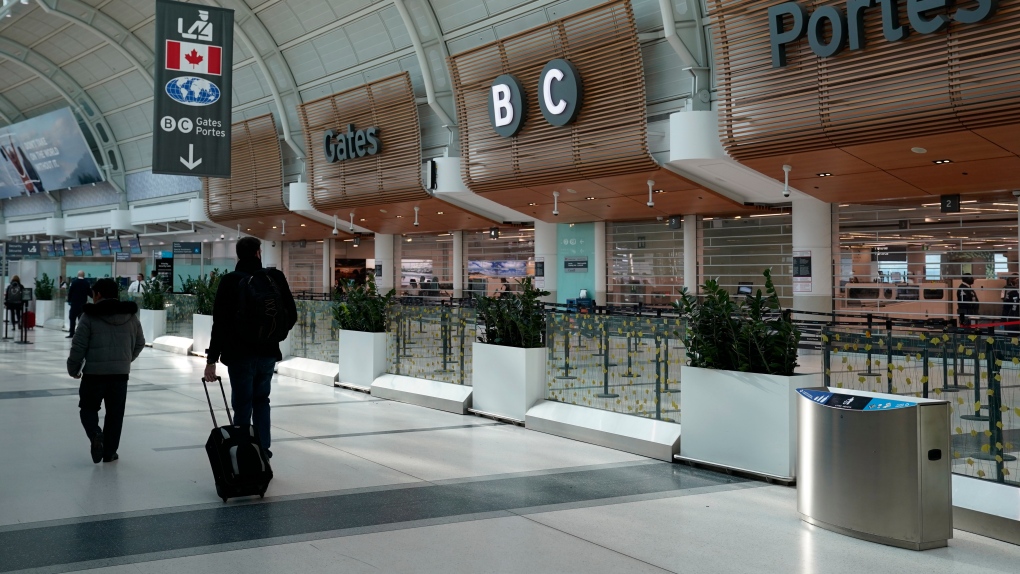 Travellers walk through Terminal 3 at Pearson International Airport in Toronto, Friday, March 13, 2020. Provincial governments have advised against international travel and Ontario announced plans to close its schools for two weeks because of COVID-19.THE CANADIAN PRESS/Frank Gunn

TORONTO -- UPDATE: As of Friday, March 13, the federal government advises Canadians to avoid all non-essential travel outside Canada until further notice. Click here for the latest updates.

The federal government has issued travel advisories for several countries where it determines the spread of COVID-19 could put Canadians at risk.

On March 9, cruise ships became the latest target of increasingly stringent travel warnings, as public health officials urged Canadians to forgo travelling on cruises to prevent the spread of the virus.

As the number of confirmed cases outside of China continues to grow, the Canadian government has continually updated its travel warnings in a bid to protect citizens from the risk of unnecessary coronavirus exposure.

Here is a look at some of the countries that have been hit hardest by the new virus, and what the government says about travelling to each of them. 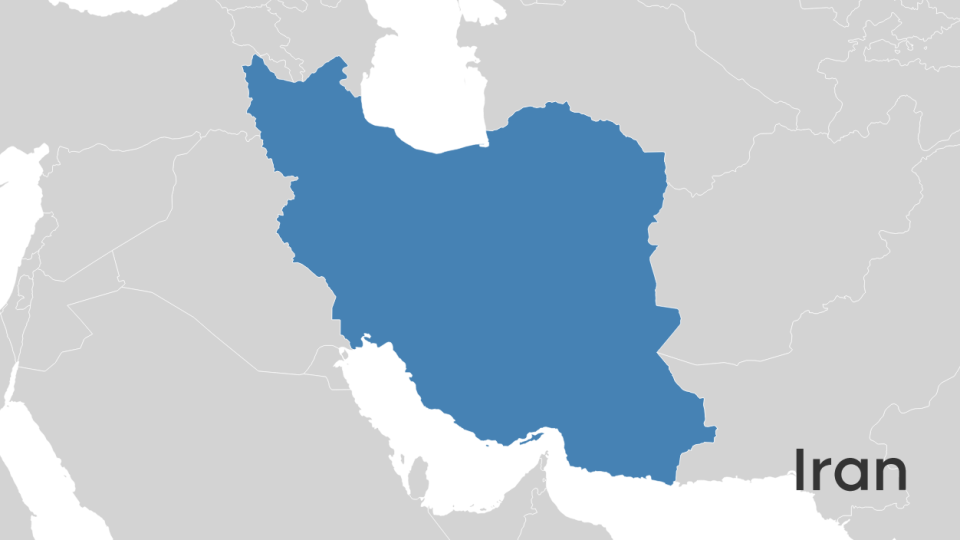 On March 6, the Canadian government advised against all travel to Iran due to the increasing number of COVID-19 cases in that country.

“In Iran, there are indicators that suggest widespread community transmission is occurring,” the advisory reads.

“Confirmed cases that are linked to Iran are being reported in other countries, including Canada, and more are expected.”

Previous advisories said Canadians should avoid Iran because it’s become increasingly difficult to leave the country due to the outbreak.

Many airlines have suspended or reduced flights to and from the Islamic Republic as a precautionary measure, the advisory said.

What’s more, all neighbouring countries have closed their borders with Iran and a number of nations won’t allow foreigners to enter if they have been in Iran for up to 14 days before their arrival.

Travel within Iran will also become more difficult as the government announced on Thursday that checkpoints will be installed between major cities. The country has also closed a number of schools and universities in response to the health emergency.

For those Canadians who are already in Iran, the Canadian government recommended they leave as soon as possible and while commercial means are still available.

Canada already had significant travel advisories in place for Iran prior to the spread of COVID-19. The government suggests avoiding all travel to Sistar-Baluchistan province and areas along Iran's borders with Afghanistan and Iraq, as well as avoiding non-essential travel to the rest of the country.

The government warned that the risk of sickness could increase later this month during Iranian New Year celebrations on March 19. 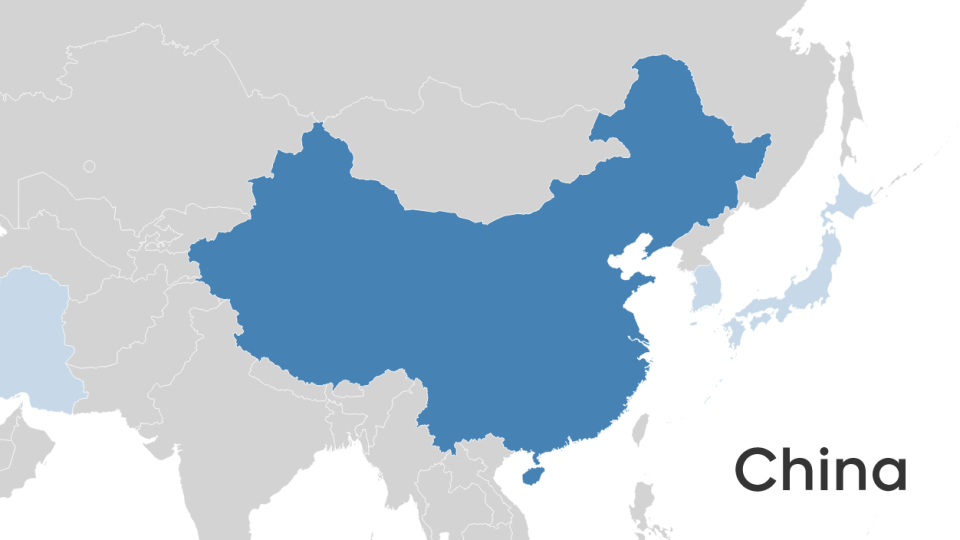 The epicentre of the coronavirus outbreak, China has seen the most confirmed cases and deaths than any other country.

Canada has issued a travel advisory urging citizens to avoid all non-essential travel to China, and completely avoid all travel to Hubei province, where the outbreak originated.

The government also notes that anyone who falls sick while travelling to China may have difficulty accessing health care in a "timely and appropriate" fashion.

Anyone returning to Canada from Hubei specifically is asked to contact their local public health authority within 24 hours of their return, and limit their contact with others for 14 days.

Prior to the outbreak, Canada had advised travellers to China to be cautious "due to the risk of arbitrary enforcement of local laws." This wording was introduced in 2019, following the arrests of Michael Kovrig and Michael Spavor and awarding of the death penalty to Robert Schellenberg -- all Canadian citizens -- and has disappeared in recent weeks. 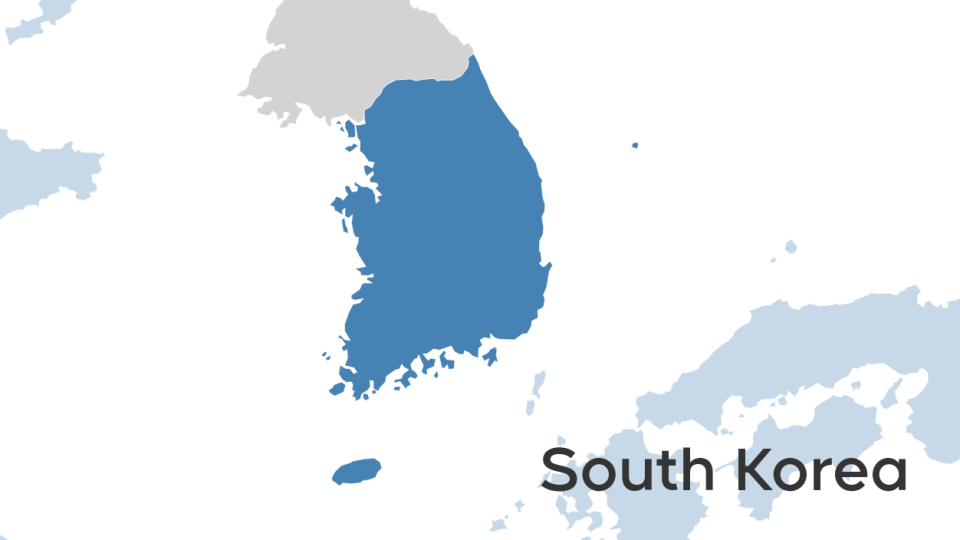 Most coronavirus activity in South Korea has been clustered around the cities of Cheongdo and Daegu in the country's southeast. Canada has issued a travel advisory recommending against non-essential travel to Daegu and Gyeongsangbuk-do province and that anyone already in the area consider leaving.

For the rest of the country, the government suggests any Canadian visitors exercise a high level of caution and practise special precautions, such as avoiding crowds and frequently washing hands. Cases of COVID-19 have been reported in all provinces of South Korea. 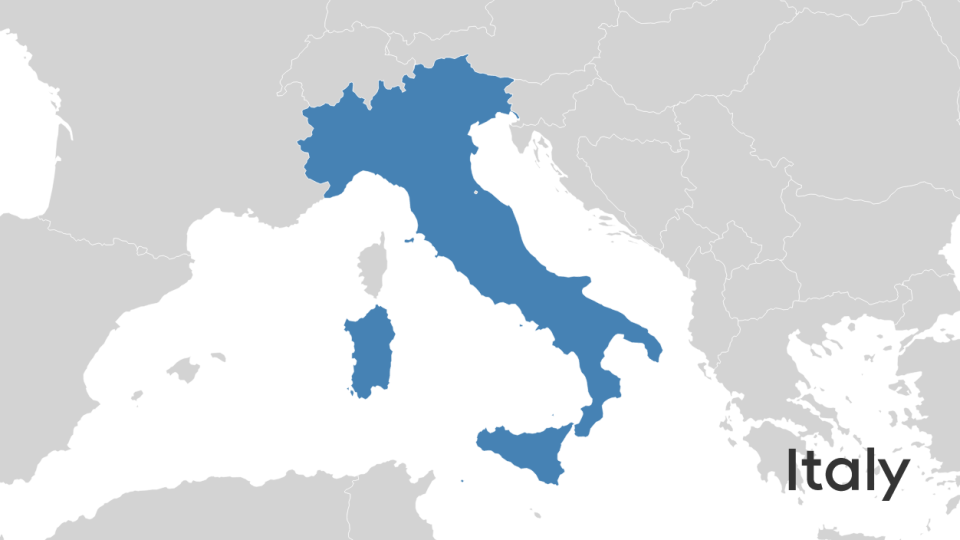 One of the hardest-hit countries outside of China, Italy has seen a rapid increase in confirmed COVID-19 cases in recent weeks.

The outbreak has led to the quarantine of 16 million people – more than a quarter of the country’s population – as the death toll rises.

The U.S. issued a level three travel advisory – the second-highest in its arsenal – for Italy on Feb. 28.

Canada waited three days to follow suit. On March 2, the government announced that it was recommending against non-essential travel to eight regions in northern Italy, including the major cities of Milan and Venice.

“COVID-19 can spread from person to person, and in Italy widespread transmission is being reported in multiple regions in the north of the country,” the advisory read.

“Community transmission is occurring in the rest of the country.”

The U.S. has been more aggressive than Canada in issuing coronavirus-related travel advisories, also urging its citizens to avoid all travel to China and non-essential travel to all of South Korea. 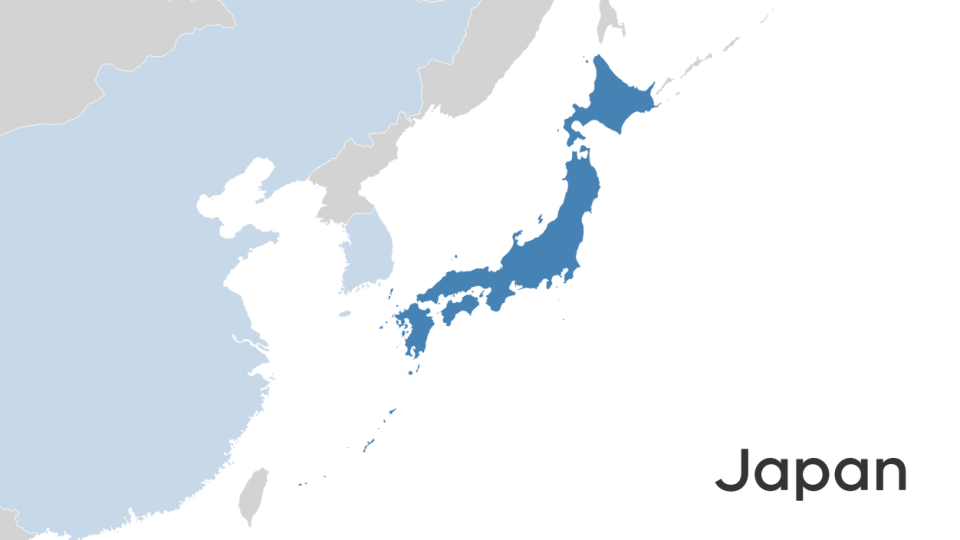 The effects of COVID-19 on Japan have been relatively mild compared to other developed Asian nations.

However, the country did have to respond to the more than 700 cases connected to the Diamond Princess cruise ship, which was subject to a widely criticized quarantine for two weeks at a Japanese port. The last crew members under quarantine left the ship left the ship on March 1.

Japan is nonetheless taking the possibility of an expanded outbreak seriously, closing schools and asking companies to allow employees to work from home. A state of emergency has been declared on the northern island of Hokkaido, and there are concerns about whether the Tokyo Olympics will be able to go ahead in August.

Canada updated its travel advice for Japan on March 6, bringing it into line with the American suggestion that visitors should exercise a high degree of caution.

The government specifically singles out Hokkaido, saying older Canadians and those with weakened immune systems "may want to consider postponing travel" to the island.

On March 9, Canada’s public health agency issued a formal warning asking Canadians to avoid travelling on all cruise ships in order to prevent the spread of the virus.

“Cruise passengers include travellers from around the world who may be arriving from areas with known or unknown spread of COVID-19,” reads the warning.

“Recent cruise ship outbreaks of COVID-19 indicate that a large number of individuals onboard can become infected. While the majority of affected passengers may experience mild symptoms, there have been a significant number of cases requiring hospitalization and critical care, and some deaths have been reported.”

During a press conference, Chief Public Health Officer Dr. Theresa Tam pointed out that six of Canada’s confirmed cases are connected to individuals from the Grand Princess cruise ship.

A handful of other countries have been singled out for coronavirus-related attention in Canadian travel bulletins: France, Spain, Germany, Singapore and Hong Kong.

All are “level one” advisories recommending travellers “practise the usual precautions against respiratory illnesses.”

Although there has been evidence of person-to-person spread in both Singapore and Hong Kong, the government says there is no need for travellers to either jurisdiction to practise any special precautions to avoid catching COVID-19.

Canadian travellers to Hong Kong are advised to exercise caution, but that is due to the pro-democracy protests that focused the world's attention on the semi-autonomous region for most of 2019.

Canadians in France are urged to exercise a high degree of caution due to the elevated threat of terrorism there.

Travellers should monitor their health for fever, cough or difficulty breathing for 14 days upon return to Canada, according to government advice.

- With files from CTVNews.ca's Cillian O'Brien