OTTAWA -- With thousands of public servants having spent the last two months working from home, how long could it be before that changes? What will it look like when it’s time to go back into the office? Will everyone go back willingly?

CTVNews.ca spoke to the two largest federal public sector unions, which jointly represent 200,000 public servants, to get a sense of what has worked, what has not, and how the talks about getting employees back into the workplace are going.

COVID-19 has essentially transformed the public service into a remote workforce, union representatives said, with the majority of workers having to adapt to logging in from their living rooms or home offices. Among other duties, some are helping process millions of emergency benefit payments and others are assisting stranded Canadians abroad.

With provinces beginning to reopen, the federal government has started drafting a return-to-work plan for the public service. And while the timing of a possible return to the office depends considerably on the state of emergency or degree of public health crisis in each province, the unions CTVNews.ca spoke with are apprehensive.

“The plans that we've seen to date don't adequately take into consideration health and safety concerns that our members are raising,” said Professional Institute of the Public Service of Canada (PIPSC) president Debi Daviau. “They’re moving very quickly… it seems they are eager to have people returning,” she said in an interview on May 15.

“We still don't have clarity on face masks and whether they're required, and the rules around that. Will everyone go back to using public transport?... How are they going to handle sanitation and social isolation? Cleaning protocols? If the schools and daycares are not reopened, what will be the expectation of working parents?” said Daviau.

Daviau added that while the situation to date has been handled well by the federal government, with increased talks of resuming some degree of normal life, alarm bells have started going off about these kinds of questions remaining unanswered.

Citing these outstanding issues, the unions said it is premature to wager a guess on when employees could be able to resume their in-office duties, whether it’s this summer, in the fall, or beyond. And until then, public service employees should be able to continue working from home.

CTV News asked Prime Minister Justin Trudeau about the talks between the government and the unions on May 15. He said that the public service has “been exemplary through this,” and vowed to “continue to work with them and with their unions to ensure that they are kept safe as we move forward.”

WILL THERE BE MORE WORKING FROM HOME?

Regardless of when it happens, it’s clear there will have to be a staggered approach, as in many federal departments the transition to more shared workspaces and the ongoing reduction in federal office space will make it very hard to maintain current physical distancing requirements.

“You’re literally sitting on top of each other,” said Public Service Alliance of Canada (PSAC) president Chris Aylward in an interview on May 14. “It’s definitely going to have to be a gradual reintegration into the workplace.”

Some of the solutions being tossed around at this stage include offering a hybrid option where workers who can and enjoy working from home are allowed to continue to do so, while those who prefer or are required to be in the office can return.

Daviau said the public service has proven during this pandemic that there isn’t a need to have everyone physically located within a cubicle or office setting to get work done.

“The longer we go, the more capacity we have to work from home, and so it stands to reason for me that, that once you have the infrastructure in place, and you've gone through kind of a forced change management, to accept that people can work remotely and still be very productive, then it doesn't make sense to return back to the old workplace style,” she said.

The plan for managers reporting cases across departments and quick contact tracing needs work too, the unions said, as there are often multiple departments with office space within the same building, meaning an outbreak could quickly transfer from one floor to another.

SOME FEDERAL WORKERS ON FRONT LINES

While thousands have been working from home, many other federal public servants have had to go to work, some of whom are on the front lines – for example, the Canada Border Services Agency working to enforce the travel restrictions both at airports and at land crossings between Canada and the United States. 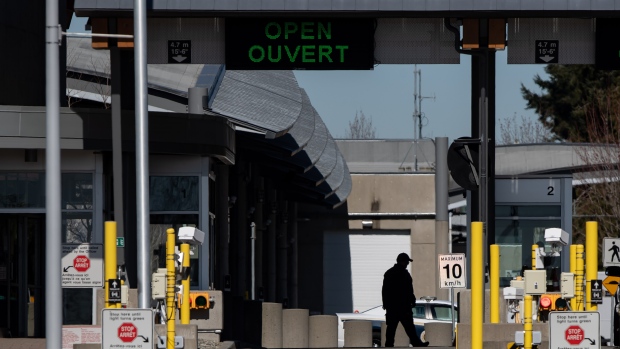 Similarly, Correctional Service of Canada staff and those who work for the Canadian Food Inspection Agency have had to enter facilities with outbreaks in order to do their jobs.

Then there are the federal employees who work at the National Microbiology Laboratory in Winnipeg, where there was a small COVID-19 outbreak, and where work is being done with the deadly respiratory disease to develop possible treatments and vaccines. Daviau said that when the outbreak was reported at that lab, she reached out to one of her lead representatives there.

“His biggest concern was that they don't shut down the building because the work that they're doing was too important,” she said.

Though, not all public servants who are public-facing have stayed on the job. In late March, the federal government shut down in-person Service Canada centres across the country amid concerns of the rapid spread of COVID-19.

Asked when they might be back inside those offices, Trudeau couldn’t offer a date, but stated that the Service Canada staff are still able to help online or by phone.

“The services that the government continues to offer to Canadians continue,” Trudeau said.

Aylward said PSAC members have vocalized their frustration with the perception among some Canadians that the public service is sitting at home collecting full pay but doing no work.

For example, he pointed to the Global Affairs Canada staff.

“They're literally working 24 hours a day, repatriating Canadians that are still stranded abroad,” he said.

And as has been mentioned by many, the staff at the Canada Revenue Agency that have been processing the more than 13.7 million Canada Emergency Response Benefit applications received to-date, through a new system also set up within weeks. 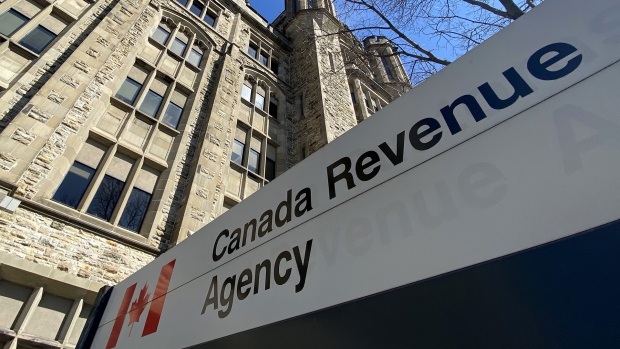 Daviau said that their members at Shared Services Canada have been busy building and maintaining the government’s IT capacity. This has included developing new tools to connect without having to access what’s been a largely taxed virtual private network (VPN).

Among the workarounds developed over the last two months: A new way to allow public servants working from home maintain the privacy protections on the documents they are working on, including medical adjudicators assessing disability claims.

Further, she said, thousands of other public servants who aren’t able to do their usual work have offered to work the phones helping deal with the influx of calls from Canadians with questions about their COVID-19 aid eligibility.

Though, working from home for thousands of federal employees hasn’t come without its frustrations and technical issues.

VPN capacity has been an issue, as it has for many in the private sector. Daviau said that in the early weeks of the COVID-19 pandemic when staff was first told to stay home to slow the spread of the virus, there were a number of public servants who couldn’t put in a full day’s work because they couldn’t access the network during peak hours.

She said many took to working outside the 7 a.m. to 6 p.m. window to make up the lost time.

Another issue the unions reported was with setting up personal spaces as workspaces, including having to adjust to a less ergonomically-adequate setup.

Like many Canadians, public servants have reported they are missing the social aspect of their job, and even the practical efficiency of being able to walk down the hall to ask a colleague a question.

Compounding this has been the requirement on many federal workers to have to balance working from home with child-care and education responsibilities, with schools and daycares closed. Also, while some may be thriving working at home, others are struggling from a mental health perspective.

Daviau said that for these reasons and others that when the time comes, public servants should be able to have a choice in what the future of their work looks like.

“For people who prefer to work from home, there's no reason to say no anymore. And for those who prefer to go into the workplace, well, there'll be more space on those floors for them to do that,” she said.