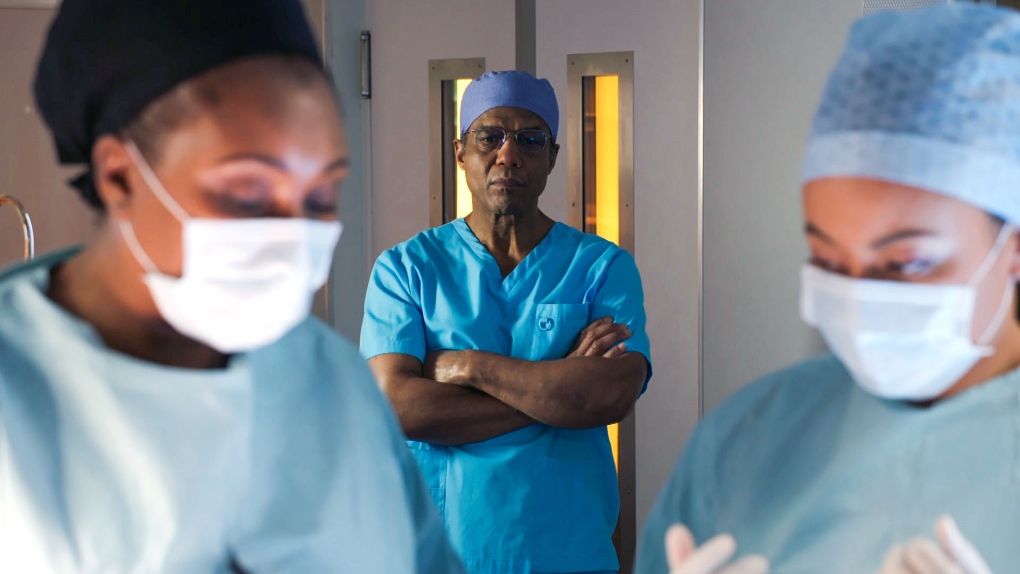 A still from 'Holby City,' which has halted production for the first time since it began in 1999. (BBC)

Popular British medical dramas "Casualty" and "Holby City" are to donate protective equipment and medical items from their sets to hospitals in the National Health Service (NHS).

The BBC, which produces the long-running hospital soaps, confirmed it was in discussions with local NHS hospitals to give away its protective equipment and any other useful medical supplies used during filming to aid the fight against the coronavirus.

"Casualty and Holby City are all about celebrating NHS heroism, so we are only too happy to help out and do what we can for the courageous and selfless real life medics battling this situation," executive producer Simon Harper said.

"We are in discussion with local NHS services and will be donating personal protective equipment and other useful medical items to assist them."

"Casualty" is filmed in the Welsh capital, Cardiff, while "Holby City" is recorded at Elstree Studios, just outside London.

The BBC did not provide any further information about what supplies it would donate or in what quantities.

"Casualty" and "Holby City" have been running since 1986 and 1999, respectively, and production of both dramas has been halted for the first time in their history as a result of the coronavirus pandemic.

At present, 2.5 billion people -- nearly a third of the world's population -- are under coronavirus-related movement restrictions. More than 19,000 have died from the disease, according to figures from Johns Hopkins University in the US.

In the U.K, as in other countries, hospitals are struggling to cope with an influx of patients, and some hospitals have reported a shortage of protective equipment.

The death toll in the U.K. jumped by 87 in 24 hours, the Department of Health said, reaching 422 on Tuesday.