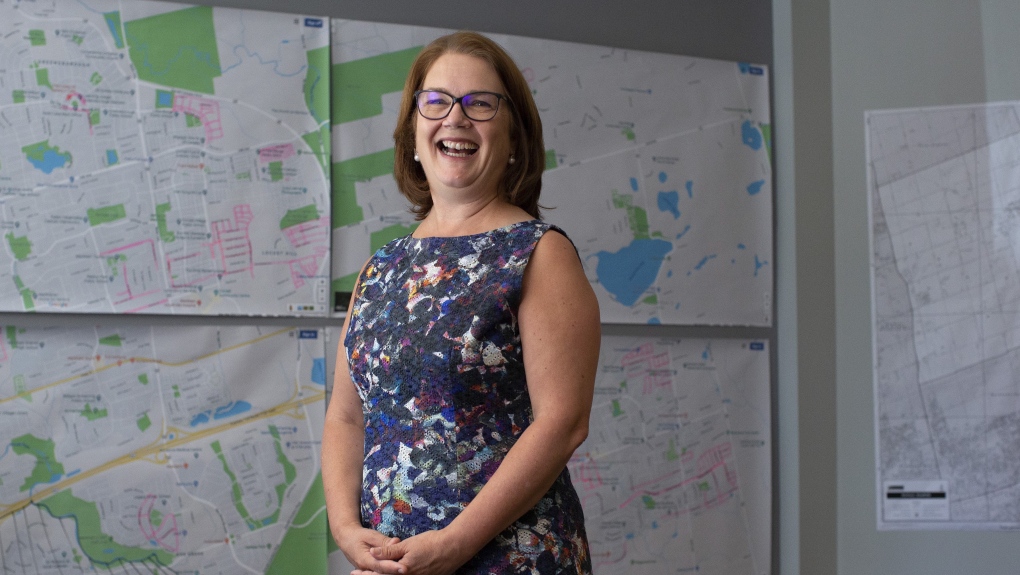 Former Liberal cabinet minister Jane Philpott is pictured in her campaign office, in Stouffville, Ont., on August 14, 2019. Former federal health minister Jane Philpott has been tapped to lead the faculty of health sciences at Queen's University in Kingston, Ont. The university says Philpott, who represented the Ontario riding of Markham-Stouffville from 2015 until last year's federal election, will serve as dean of the faculty and director of its medical school. THE CANADIAN PRESS/Chris Young

TORONTO -- The coronavirus pandemic has prompted an all-hands-on-deck approach from health-care workers around the world, and that has pushed some celebrities and notable public figures with medical backgrounds to step up and heed the urgent calls to help out.

In Canada, former federal health minister and Independent MP Jane Philpott returned to a familiar place, the Markham Stouffville Hospital in Markham, Ont., where she worked for nearly two decades as a family physician.

Like 100s of other Canadian health professionals, I've returned the front lines, to help the amazing team at the @MSHospital COVID assessment centre. If you think you have symptoms or in close contact with someone who has it, use this self-assessment tool: https://t.co/zpV2FpfmrD pic.twitter.com/EtWaI0aNe0

Philpott is scheduled to begin new roles this July at Queen’s University in Kingston, Ont., as the dean of the faculty of health sciences and director of the school of medicine.

Irish Prime Minister Leo Varadkar left his seven-year career as a doctor in 2013 to become a politician.

In March, he reverted to his medical roots and re-registered as a doctor with the country’s Health Service Executive.

Varadkar, who resigned as Taoiseach, or prime minister, in February and who is currently serving as a caretaker leader, is carrying out phone assessments to help free up other hospital staff, according to reports by Irish state broadcaster, RTE.

Dr. Bhasha Mukherjee is best known as the 24-year-old model and actress who was crowned Miss England 2019.

After winning the beauty queen title last August, Mukherjee put her junior doctor career at the Pilgrim Hospital in the town of Boston, England, on hold and went overseas to India to begin working as an ambassador for several charities.

But in early March, after several hospital colleagues began reaching out to her about the coronavirus outbreak, Mukherjee decided to come home and help out.

She’s undergoing a two-week quarantine before she can return to work at the hospital.

American actress Jennifer Stone, who is best known for playing Harper Finkle on the Disney Channel series “Wizards of Waverly Place,” is also taking on a new role – this time as a registered nurse.

The 27-year-old announced she was “ready to join” health-care workers in the fight against the COVID-19 pandemic in a post she shared to Instagram on April 8, the same day people online were celebrating World Health Day.

A very good friend of mine (@maiarawalsh ) pointed out to me that today is #worldhealthday . It is also the day I went from a volunteer, then a student nurse, and now an RN resident. I just hope to live up to all of the amazing healthcare providers on the front lines now as I get ready to join them. #worldhealthorganization #supportnurses #westayhereforyou❤️pleasestayhomeforus #covid2020