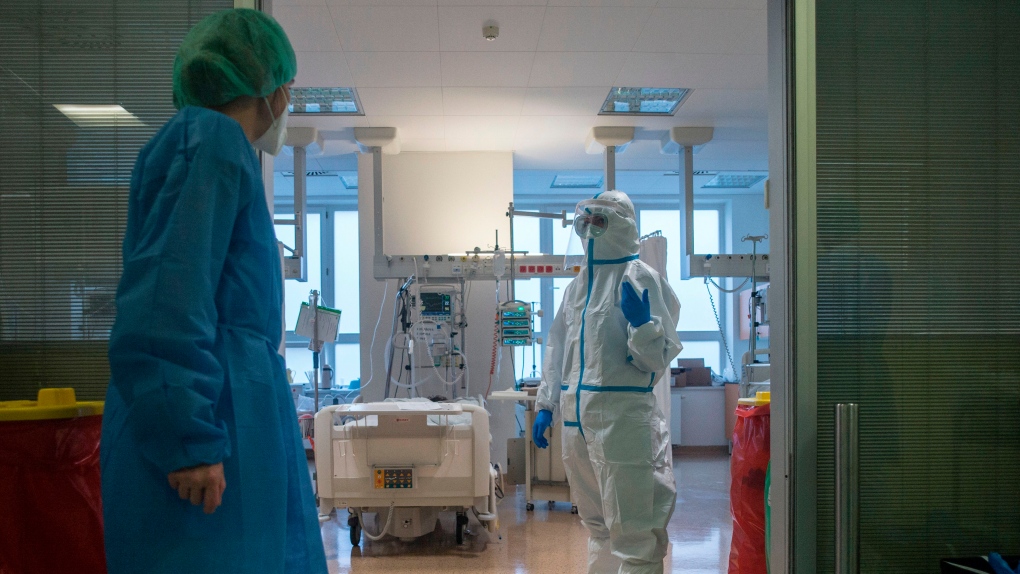 Europe is deep in the second wave of the coronavirus epidemic, and a particularly worrying trend is beginning to emerge: More older people are becoming infected.

Over the summer months, the continent saw infection clusters popping up mostly among younger people who were venturing out into bars, restaurants and other public spaces. While that wasn't ideal, it meant the death rate stayed relatively low, since younger people are statistically less vulnerable to the virus and most avoid getting seriously ill.

However, the European Centre for Disease Prevention and Control (ECDC) has warned that more older people are now becoming infected. According to the ECDC's latest situation report, at least 13 countries in Europe saw new infection rates among people aged 65 or over rise to what ECDC defines as "high" last week -- between 64 per 100,000 in Croatia and 206 per 100,000 in the Netherlands.

A sharp increase in infections among older people in recent weeks can be seen in almost all European countries where data is available.

COVID-19 infection rates among over-65s in some Eastern European countries are now more than double what they were during the first wave -- over 100 in the Czech Republic, Romania, Slovenia and Hungary.

Higher infection rates among the elderly are worrying because older people are much more likely to end up in hospital and to face a significantly higher risk of dying.

According to the World Health Organization, almost 88% of all deaths in Europe were among the over-65 age group, as of late August. In the Czech Republic, over-65s made up 14% of weekly infections, but 94% of deaths as of October 11.

When the infection starts spreading among older people, hospitals can quickly become overwhelmed -- as they did in Italy, Spain and other countries during the first wave of the virus in the spring.

According to the latest available data from the Department of Health and Social Care, the number of people over 60 who tested positive in the U.K. quadrupled compared to early September.

Professor Jonathan Van-Tam, the deputy chief medical officer for England, said at a government news conference last week that the higher infection rates originally seen among younger people have recently started to "creep up" into the higher age groups.

The Robert Koch Institute, Germany's center for disease control, warned in its latest situation report on Monday that the "proportion of cases in older age groups has been increasing" since early September.

In France, the number of new Covid-19 cases among people 65 and over has tripled in just six weeks, according to the French health agency.

And data from Spain shows that while the median age of those newly diagnosed with the virus dropped from 40 in late July to 37 in late August, it has recently increased again to 39.

The spread of infections from younger to older age groups has been documented elsewhere too.

When researchers from the U.S. Centers for Disease Control and Prevention studied a coronavirus outbreak across the southern United States in June, they found that the increase in infections among younger adults preceded the increase among older people by between four and 15 days. In other words, once an outbreak has spread among younger people, it starts spilling over into older, more vulnerable age groups.

Dr. Jennifer Cole, from Royal Holloway, University of London, said the data in England shows the outbreak isn't "contained" within the younger age groups, and that a lot of the virus's spread may be linked to multi-generational households.

Many European countries are now racing against the clock to prevent their health systems from becoming overloaded.

And while there were suggestions earlier in the pandemic that if the elderly could somehow be protected from the virus, then the rest of society should be able to continue life as normal, most governments are now realizing that plan failed.

Faced with a spike in cases, Ireland announced Monday that it will reimpose a six-week lockdown from Wednesday.

The Czech Republic went into lockdown last week. On Monday, the government made face masks compulsory nearly everywhere. Belgium has introduced a curfew between midnight and 6 a.m.

The Spanish government declared a state of emergency in the Madrid region almost two weeks ago. On Tuesday, it said it was also considering imposing a curfew, which could be implemented in other parts of the country too.

In the United Kingdom, Wales will go into a two-week "fire break" lockdown from Friday, the country's First Minister Mark Drakeford said Monday.

A number of major French cities including Paris, Grenoble, Montpellier, Toulouse, Lille and Lyon have curfews in place between 9 p.m. and 6 a.m.

Italy's Prime Minister Giuseppe Conte announced a new set of tighter restrictions on Sunday, after the country recorded new record high numbers of positive tests for a fifth consecutive day. Crucially, Conte has given Italian mayors the power to impose curfews in public areas after 9 p.m.

Experts say the widespread lockdowns are necessary to protect the elderly and vulnerable.

"We have seen an increase in the numbers of cases. It started with younger people in their 20s and spread gradually to older ages as well," Patrick Vallance, the U.K.'s chief scientific adviser, said at a briefing last month. "That increase in case numbers has translated into an increase in hospitalizations. As the hospitalizations have increased .... very sadly but not unexpectedly, deaths are also increasing."