OTTAWA -- Canada's top doctor is warning that the fall is going to be a "period of challenge" in the fight against COVID-19.

Speaking at a Friday press conference, Chief Public Health Officer Dr. Theresa Tam said that officials are planning for upcoming hurdles in the fight against the disease.

"So the fall period is, I think, a period of challenge, but…there's lots we can do to reduce those risks."

She said that the key, as parents look to send their kids back to school in the fall and businesses hope to stay open, is to keep transmission down.

"Right now is manageable, we can detect our cases, but this virus, as I’ve said, is in our backyards. So we can't let our guards down," Tam said.

A key thing provincial, federal and municipal health officials can do to combat the virus as fall draws nearer is identifying misinformation, according to Dr. Tam, as she said false news has proven to be an ongoing issue.

"I think making sure that people get their information from credible sources continues to be a challenge," Tam said.

"It's very easy for misinformation to sort of propagate in a social media world, and that everyone needs to learn how to appropriately identify credible information but also not disseminate ones that are not aligned with the knowledge as we know it."

She cautioned that the struggle against COVID-19 is also complicated by the fact that the knowledge and advice public health officials provide can be subject to change.

"We will learn more and there may be changes in how public health will provide its advice, and so I think just to expect that we will flexibly incorporate more knowledge and our advice might change," Tam said.

"What is concerning is that the young folks are becoming an increasingly large proportion of the cases," Njoo said, echoing a message he’s repeated in recent weeks.

The World Health Organization has also raised the alarm about an explosion in cases among younger populations. The vast majority of cases, CNN reported, are among people aged 25 to 64, while cases among teens and young adults have increased six-fold.

Njoo said he blames three factors: fatigue with the measures, feelings of invincibility, and shift in social norms tied to the reopening of bars and restaurants.

"How do we reach young folks using different platforms and approaches compared to other age groups? So that, from my personal perspective, is what I see as the major sort of challenge ahead."

Meanwhile, experts have warned that a second wave is likely inevitable.

Steven Hoffman, a professor of global health, law, and political science at York University in Toronto and director of the Global Strategy Lab explained this reality in an interview with CTVNews.ca on July 23.

"We're almost certainly going to get it because there's such infectious potential out there, there's so much of this virus that is present around the world," Hoffman said.

"We need to be ready for when that second wave likely comes and ideally be able to react and stop it so fast that it hardly look like a wave at all." 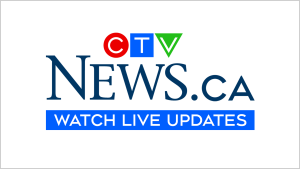