Swedish leader defends trip that defied his own virus advice 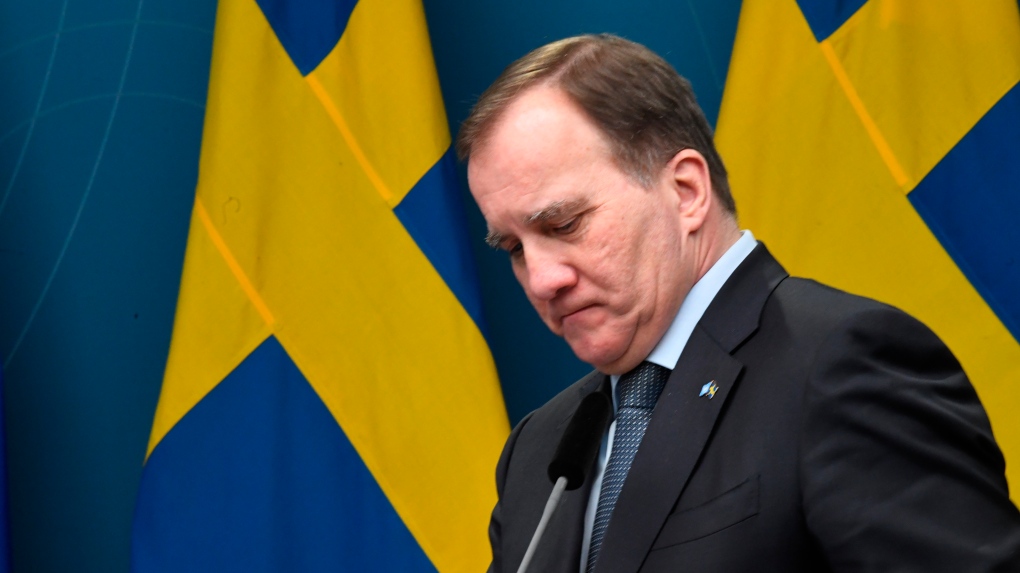 COPENHAGEN -- Swedish Prime Minister Stefan Lofven on Friday defended his visit to a mall to buy a Christmas present for his wife -- in breach of his own repeated appeals for the public to shun shopping centres to avoid spreading COVID-19.

Lofven, whose mall trip didn't actually break any law, was the latest Swedish official to ignore the advice that the prime minister himself and Sweden's Public Health Agency issued. Earlier this week a top civil protection official resigned following the revelation he had gone on vacation to the Canary Islands over Christmas. He reportedly had done it several times during 2020.

Sweden hasn't gone into lockdown or closed businesses, but is relying instead on citizens' sense of civic duty to control infections.

"I fully understand if people think it's weird," Lofven said in an interview with Swedish broadcaster SVT.

Lofven said he is following his government's advice and has significantly reduced visits to shops and restaurants. When he has gone, Lofven said, he has made sure he is able to abide by social distancing.

Lofven added that he has never shopped online, but in retrospect maybe he should have considered it for the Christmas present.

Sweden which has reported 482,284 confirmed cases and 9,262 deaths, has stood out among European nations for its comparatively hands-off response to the pandemic. It has opted for a much-debated approach of keeping large parts of society open.

On Wednesday, Dan Eliasson, who headed the government agency for civil protection, public safety and emergency management -- that sent out text messages to millions in Sweden urging them not to travel -- resigned after it was revealed he took a vacation in Spain's Canary Islands for Christmas and New Year.

Eliasson was photographed several times in December in the Canaries. He told the Expressen daily that he had "given up a lot of travel during this pandemic" but has a daughter living in the islands.

Lofven said Eliasson had "drawn the right conclusion" in resigning but refrained from commenting further.

On Friday, the Swedish Parliament adopted a temporary COVID-19-pandemic law that will allow it, if deemed necessary, to adopt measures including closing shopping centres and shops, as well as halting public transport and public activities to curb the spread of the pandemic.

The law is to apply until September, and those breaking it will face a fine.

Stefan Lofven told a news conference later Friday that the temporary law enters into force Sunday when attendance at public events may not exceed eight people. He added that the limit now also applies to private events.

His government originally planned to introduce the law in the spring but fast-tracked it to January as the second wave of the pandemic has put a severe strain on Sweden's health care system.

Yes, you can still get infected with COVID-19 after being vaccinated. Here's why

No unexpected side-effects from COVID-19 shots given in Canada so far: Health Canada

Swedish leader defends trip that defied his own virus advice

Fact check: How accurate are PCR tests for the novel coronavirus?