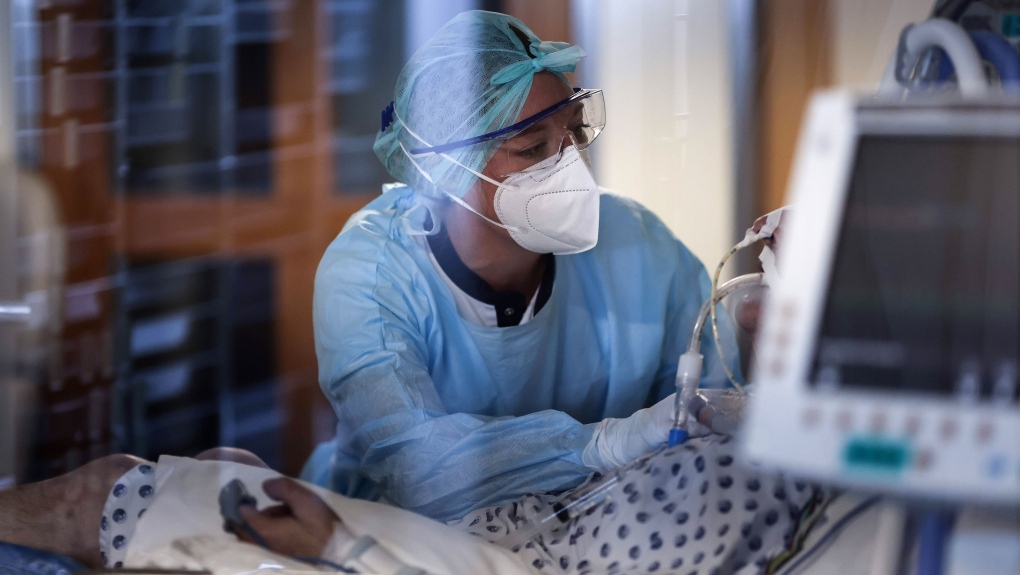 Health workers in some hospitals in Liege, Belgium's third largest city and a coronavirus hotspot, have been asked to continue working even if they test positive for COVID-19 -- as long as they are not showing any symptoms of the disease.

Top health official have warned that Belgium could run out of intensive care beds in as little as two weeks and some hospitals are facing staff shortages. The country of 11.5 million people has reported on average more than 13,000 cases a day in the past week, according to the national public health institute Sciensano. The COVID-19 outbreak in Belgium is the second worst in Europe in terms of new cases per capita, after only the Czech Republic.

Yves Van Laethem, Belgium's spokesperson for the fight against the coronavirus, warned that unless Belgians change their behavior, intensive care units will reach their capacity of 2,000 patients in 15 days.

Liege, the largest city in the French-speaking Wallonia region, has the highest incidence rate in Belgium. The communications director of Liege University Hospital, Louis Maraite, told CNN on Tuesday that because of staff shortages, the hospital had "no choice" but to ask nurses who tested positive with no symptoms to work on a voluntary basis. "Doctors are not concerned by these measures as they have no shortages of doctors," Maraite said in a further interview on Wednesday.

"This is not a problem as they are working in coronavirus units with patients who also tested positive," he said. Maraite estimated that 5% to 10% of nurses at the hospital were currently infected with COVID-19, but most of them are off work at home.

Health workers who show symptoms, such as fever, have been asked not to come to work, and Maraite said the hospital could not force asymptomatic health workers to show up.

Another Liège hospital, CHC MontLégia, also confirmed to CNN that positive asymptomatic health workers have been asked to continue working on a voluntary basis and in the "strict observance of sanitary measures" that include limiting contact with their colleagues.

The spokesperson for the private hospital's communication department told CNN that positive asymptomatic staff are working mainly in COVID-19 units but can work across all units including those with non-COVID patients, except the geriatric, neonatology and oncology departments, where patients are "particularly vulnerable".

A spokeswoman for the Belgian Health Ministry told CNN allowing asymptomatic health workers to continue working is allowed in "very strict conditions" because there are not enough health care workers. "We try to ensure the security of all patients," she added.

At a news conference Monday, Van Laethem said that 1,000 of the country's intensive beds are already being used, with total of 1,250 set to be occupied by the end of the week. Both hospital and intensive care admissions are doubling every eight days, he added.

In an interview with state broadcaster RTBF on Monday, Van Laethem added that a decision would be made on whether to impose a second lockdown "before the end of the week," adding that if Belgium doesn't see "signs of a slowing down of hospital admissions", stricter measures may be necessary.

The government imposed new rules on the population last week in an attempt to slow down the spread of the virus. A curfew is in place every day from midnight to 5 a.m., restaurants and cafes are closed for sit-down services, and people are expected to work from home unless that's impossible. Amateur sporting events have been canceled and any professional competitions must take place without audience.

While Van Laethem said that while it may be "possible to get out of this without a lockdown," the authorities were preparing for all eventualities, and if a second lockdown was imposed the government would "not waste two or three days" before bringing it into effect.

Belgium has recorded total of of 333,718 cases and 10,899 deaths since the start of the pandemic, according to Sciensano.

This story and headline have been corrected to reflect that only asymptomatic COVID-positive nurses -- not doctors, as previously stated -- have been asked to continue working at Liège University Hospital. The story has also been updated to clarify that 5% to 10% of nurses -- not all health workers -- are currently infected.