TORONTO -- A growing number of cities are turning over roadways to cyclists and pedestrians so they can maintain a safe distance during the COVID-19 pandemic, but some question whether opening the streets could backfire.

As trails and sidewalks seem more narrow than ever, some cities are urging the foot traffic to spread out onto closed roads.

In Winnipeg, several streets have been deemed bicycle and “active transportation” routes during designated hours. In Vancouver, similar measures have been put in place “to limit large gatherings,” the city said. The popular Stanley Park has been entirely closed to vehicle traffic.

The move is meant to adhere to physical distancing guidelines, which state that you should maintain a distance of two arms' lengths (about two metres) from others outside the home, according to the Public Health Agency of Canada.

That distance has proven difficult for some on major city streets.

In Toronto, one man strapped on a large hula-hoop-style “machine” with a two-metre radius to demonstrate the challenge of walking on downtown sidewalks. A video posted to Twitter ended with a call for Mayor John Tory to close major streets.

In Saskatoon, a cycling advocacy group sent an open letter to Mayor Charlie Clark asking that the city limit certain streets to local traffic only and reduce speeds to 20 km/h to allow more space for "pedestrians and cyclists, who are already allocated a thin sliver of roadways."

As many Canadians enter their fifth week of self-isolation, some experts continue to stress the importance of ensuring everyone's mental well-being. For University of Waterloo professor Troy Glover, who studies the creation of positive change through the use of community spaces, getting outside is a pivotal part of that.

“With people self-isolating in their homes, they need opportunities, for their own physical and mental health, to use the outdoors," said Glover, a professor in the department of recreation and leisure studies. “Currently, parks are easily being overused, so opening the streets will ease this demand and make physical distancing more possible... To be sure, people should not be congregating as groups, but they should be able to get outside, be active, and socially connected.”

But some have questioned whether opening city streets to pedestrians could have the reverse effect and instead attract more people. In recent weeks, several cities around the world have warned citizens to avoid public parks as crowds congregated in the open space. In the past, empty city streets for events like Open Streets TO in Toronto have attracted thousands of people to roam the broad carless pavement.

In an interview with CP24, Tory said he wasn’t opposed to the idea of closing certain roads or implementing “one-way sidewalks” (northbound on the right side, southbound on the left side).

But his initial reaction to opening streets to pedestrians was to ask: “Why would you close the street so that more people can walk on the street?”

Earlier this month, the city of Ottawa said it had no plans to close the streets despite a petition to repurpose under-used roads. Mayor Jim Watson said the city was trying to encourage people “to use streets that are less busy” when going outside for fresh air or exercise.

“You don’t go to the busiest street in a particular neighbourhood if you want to maintain a safe distance,” he said.

Last month in Calgary, when the city closed roads for pedestrians, Mayor Neheed Nenshi told CTV News that the intent was not to create a "street festival," and that they wouldn’t be releasing a list of specific road closures to avoid encouraging people to congregate in those areas. 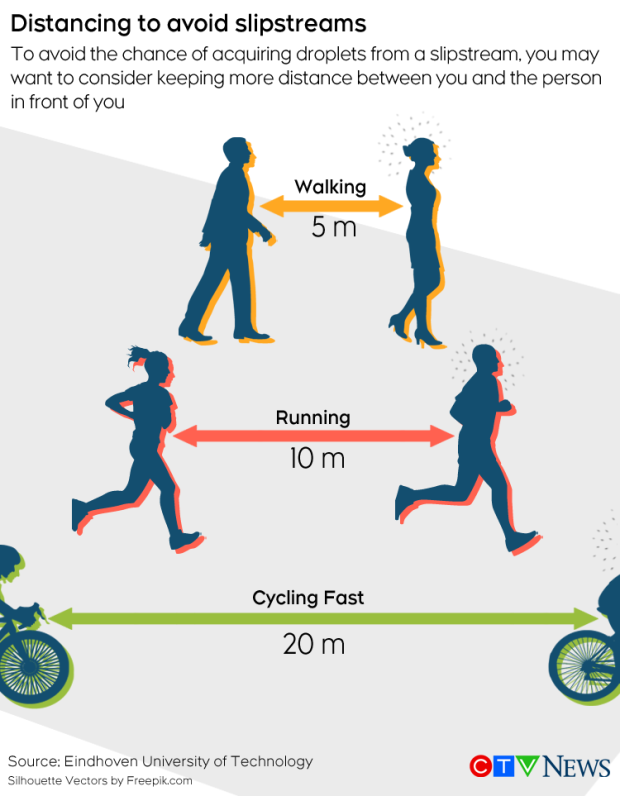 Canada establishes its own PPE supply chain in China amid pandemic

With many COVID-19 deaths in nursing homes, Tory MP asks whether economy can reopen

Ontario plans to extend state of emergency by 28 days

Truth Tracker: No, COVID-19 has nothing to do with 5G technology

COVID-19 to have 'immediate and drastic' impact on Canadian meat supply: industry group

Rats! COVID-19 is bringing another problem to Canadian streets