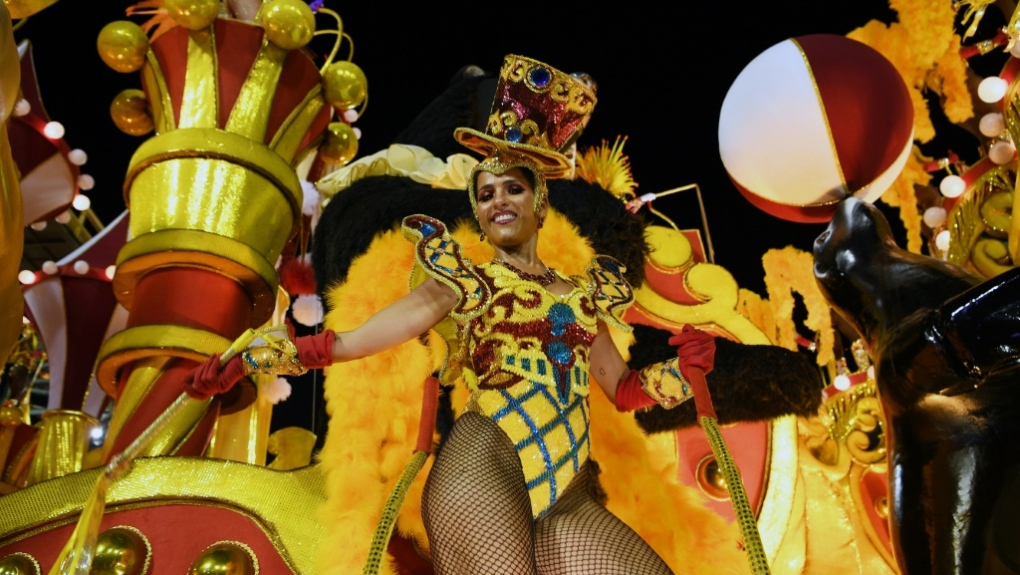 The Rio carnival draws millions of visitors, and their tourist dollars, to the beachside city each year. (AFP)

RIO DE JANEIRO, BRAZIL -- Rio de Janeiro will not host its famous carnival this year due to a deadly revival of the coronavirus epidemic in Brazil, the city's mayor Eduardo Paes has announced.

Rio's samba schools, which organize the celebratory parades, had hoped to hold the signature event in July after it was postponed from its usual slot in February or March.

But this depended on a national vaccination campaign being well and truly under way.

In reality, Brazil's inoculation drive only started Monday with an initial six million doses available for the country's 212 million inhabitants.

The carnival draws millions of visitors, and their tourist dollars, to the beachside city each year.

But in a tweet late Thursday, Paes said it seemed "foolish to imagine at this point that the conditions will exist for us to hold the carnival in July" while hospitals -- especially in Brazil's northern Amazonas state -- scramble for beds and oxygen to treat coronavirus patients.

"In 2022, we will (all properly vaccinated) be able to celebrate life and our culture with all the intensity we deserve," the mayor said.

Brazil has been in the grips of a second wave of infections since November, with more than 1,000 daily deaths and an overall toll of more than 214,000 deaths -- second only to the United States.

Cancelling the carnival will have a huge impact on Rio's economy, and Paes announced state aid for people who had worked for months to prepare the enormous party.

While many countries are deep into their immunization campaigns, including some among its South American neighbors, giant Brazil's drive has been slow to get off the ground.

It has been caught up in political infighting between far-right President Jair Bolsonaro -- a coronavirus skeptic -- and Sao Paulo state governor Joao Doria -- a likely 2022 presidential candidate.

Bolsonaro, who was aligned with former US president Donald Trump and his anti-China rhetoric, had sought to discredit the Chinese-developed CoronaVac vaccine, promoted by Doria.

On Sunday, Brazil's drug regulator approved CoronaVac as well as the AstraZeneca-Oxford Covishield vaccine for emergency use.

CoronaVac is the only vaccine of which doses -- six million -- were immediately available, and on Monday, Brazilians started receiving the Chinese jab.

The campaign started with health workers, the elderly and indigenous people.

Bolsonaro has been trying for more than a week to bring a batch of two million Covishield doses from India, where it is produced by the Serum Institute.

Brazil's health ministry has said the shipment should finally arrive on Friday.

The Butantan Institute has requested authorization for use of another 4.8 million doses of CoronaVac, which require separate approval because they were bottled locally.

It hopes to receive the ingredients from China to locally manufacture another 40 million doses.

The health ministry's Fiocruz Foundation, for its part, intends to manufacture the AstroZeneca vaccine.

Given that the vaccine requires two jabs, the six million CoronaVac and two million Covishield doses are enough only for four million people, and unless new doses arrive soon, the campaign will be interrupted.

Beyond the international policies that have isolated Brazil, "the problem is management, because the government was slow to reach agreements with laboratories," said political analyst Thomaz Favaro of Control Risks.