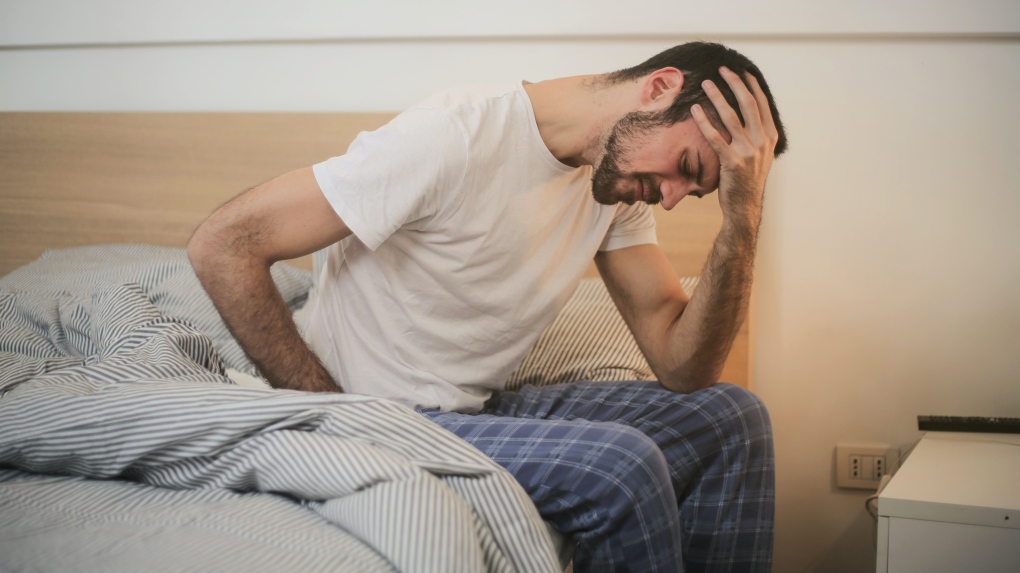 A new study out of Dublin has found that more than half of COVID-19 patients have persistent fatigue months after recovery and that women and those with depression were more likely to experience the lingering exhaustion. (Pexels/Andrea Piacquadio)

TORONTO -- Patients recovered from COVID-19 may experience persistent fatigue months after recovery, according to a new study.

Researchers at Trinity College in Dublin found that more than half of the recovered patients examined for a study experienced post-viral fatigue syndrome whether they were hospitalized with severe symptoms or not.

“Whilst the presenting features of SARS-CoV-2 infection have been well-characterized, the medium and long-term consequences of infection remain unexplored,” lead researcher Dr. Townsend said in a news release.

“Our findings demonstrate a significant burden of post-viral fatigue in individuals with previous SARS-CoV-2 infection after the acute phase of COVID-19 illness.”

The study, which will be presented at an online coronavirus conference hosted by the European Society of Clinical Microbiology and Infectious Diseases this week, adds to the growing list of symptoms and long-term affects experienced by those deemed COVID-19 “long-haulers.” Persistent fatigue after a viral infection, otherwise known as post-viral fatigue syndrome, is not a new ailment and can occur after flu infection or a common cold.

The new study examined 128 patients of a mean age of 50, who were recruited 10 weeks following recovery. Fifty-four per cent of participants were women and about 56 per cent were hospitalized for COVD-19 symptoms. A patient’s fatigue was measured using the Chalder Fatigue Score, a series of 11 questions about a patient’s lack of energy, whether they have difficulty concentrating, and if it is difficult to find the right words, among others. Fatigue was was found in more than half of the participants regardless of hospitalization status.

Though severity of illness did not determine level of fatigue, the researchers noted that women with depression were more likely to experience the post-viral syndrome. Women made up just over half of the study participants but represented two-thirds of those with fatigue. In an analysis of participants’ pre-existing conditions, depression was identified in more than 13 per cent of participants with fatigue and less than 2 per cent of those without fatigue.