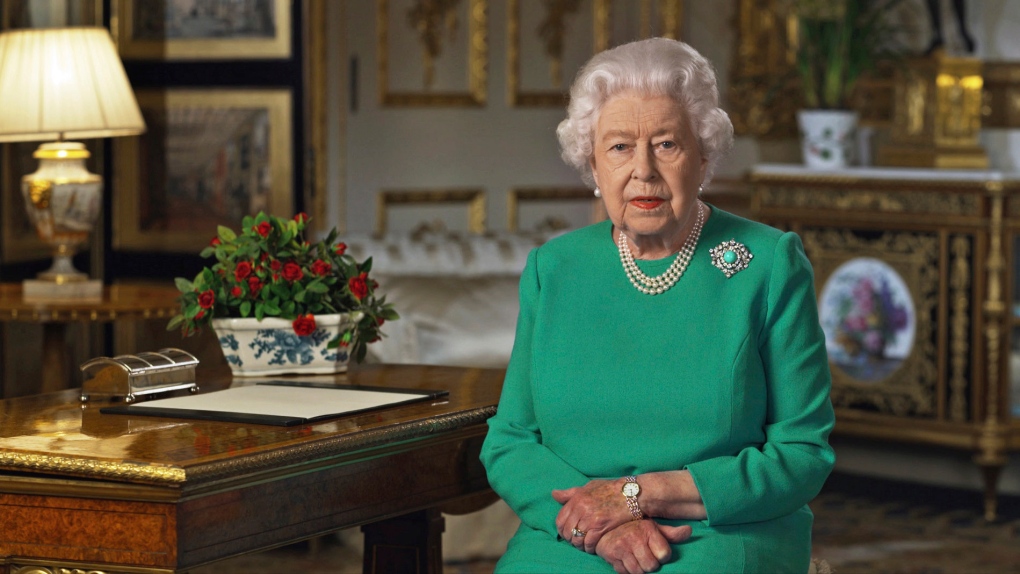 In this image taken from video and made available by Buckingham Palace, Queen Elizabeth II addresses the nation and the Commonwealth from Windsor Castle, Windsor, England, Sunday April 5, 2020. Queen Elizabeth II made a rare address, calling on Britons to rise to the challenge of the coronavirus pandemic, to exercise self-discipline in “an increasingly challenging time”. (Buckingham Palace via AP)

LONDON, U.K. -- Good morning, Your Majesty. I have something to show you.

Before getting to that, I’d like to ask how Philip is doing?

We’re all worried of course, a man of his age and medical history. As we worry about you Ma’am.

I don’t suppose you got a shielding-at-home letter from the NHS? Two and half million people did, you know.

I’m sure you’ve heard that many thousands from your generation have died in care homes. To use a journalistic word, the numbers are quite “staggering,” Ma’am.

A lot of them were surely devoted monarchists who never missed a royal birthday party. Sad. And so many died alone.

The government says it put up a “protective ring,” but a lot of people have questions.

The Secretary of Health, Mr. Matt Hancock, told us that himself. The same minister who banned sunbathing and cancelled summer.

Here Majesty, is the exact quote:

“So, right from the start, we tried to throw a protective ring around our care homes.”

I suppose it was an oversight that many infected seniors were sent from hospitals to care homes, without being tested. Yes, Ma’am, you could say they “slipped” through the ring.

I’m afraid history may not be as kind to Mr. Hancock, as it will be to you.

Would it be disrespectful to inject a little levity into the conversation at this point?

I would like to suggest changing the name United Kingdom to United Queendom, in your honour.

I apologize for the quality of jokes, Your Majesty. I gave the writer the day off.

Now…what I wanted to show you is a photo from my morning walk in one of your beautiful royal parks. The Regent’s Park to be exact.

I want to warn you, the photo is rather distressing. It appears a lot of people were out picnicking—and drinking—and I’m not sure they were all socially distancing. 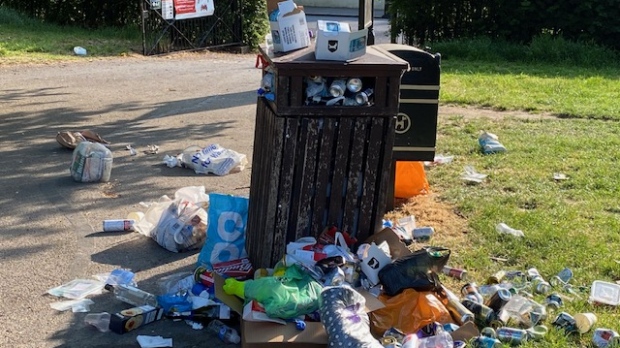 And if I might be permitted to show you a second photo, not everybody picked up their garbage.

It appears discipline is breaking down, Ma’am, just before another hot and sunny long weekend here. And I know how hard you’ve worked to keep the nation safe. 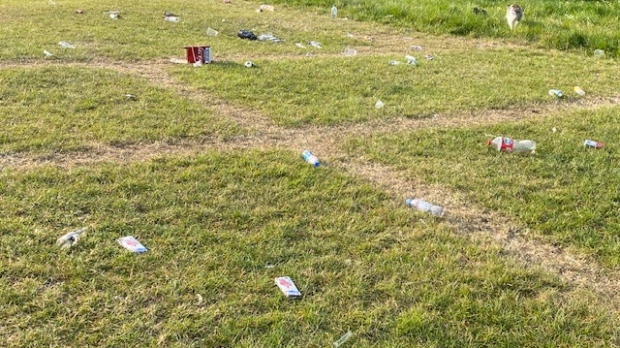 It could get messy out there. Did you see the beaches in Dorset and Devon yesterday? And the roads. There was gridlock.

The police warned people not to come. Did they listen? It seems not.

But they will listen to you, Your Majesty. Your “We Will Meet Again,” speech was a massive hit. Even the French loved it.

Maybe it’s time for another royal broadcast. And with all due respect, there’s no time to waste. The garbage is piling up.