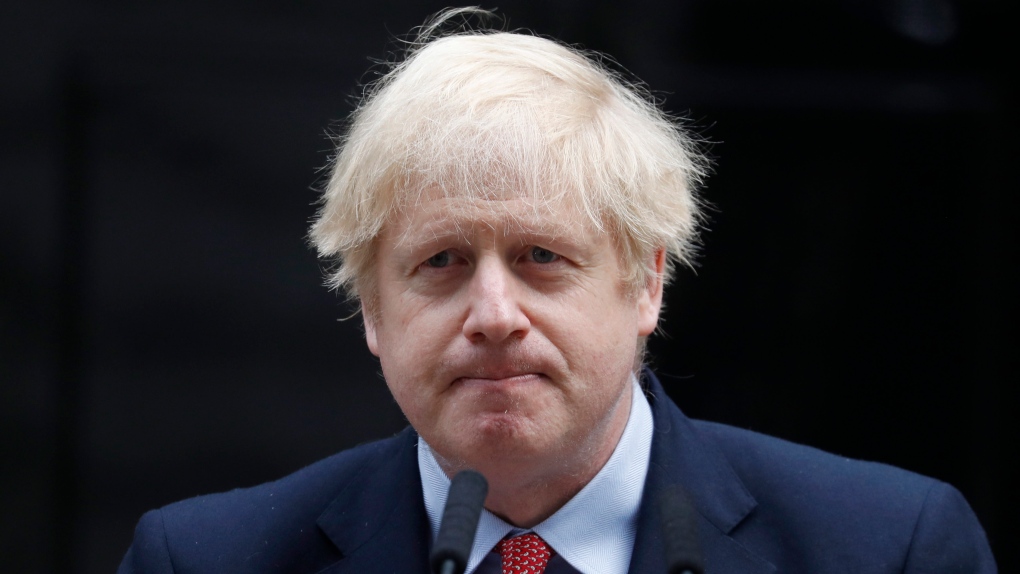 British Prime Minister Boris Johnson finishes making a statement on his first day back at work in Downing Street, London, after recovering from a bout with the coronavirus that put him in intensive care, Monday, April 27, 2020. (AP Photo/Frank Augstein)

LONDON, U.K. -- I have another Boris Johnson story.

Want to hear it? Of course you do.

After all, he almost died of coronavirus.

The PM was having a discussion with his team about plans for lifting the country’s lockdown.

There was to be a big communications roll out with a new national catch phrase: “stay alert,” instead of “stay at home.”

Johnson had a question for the circle of powerful people assembled around him:

“Who’s in charge of implementing this delivery plan?”

There was an awkward silence, according to The Sunday Times.

Okay, how about a story about the new leader of the Labour Party, Sir Keir Starmer?

What if I tell you it’s about a donkey?

Two days ago, The Daily Mail “revealed” that Sir Keir had purchased some land in 1996, which is now worth around $17 million—if he decided to sell it.

Shame, implied the headline—that a “man of the people” should be so rich.

Wait for it, the best part is coming.

It turns out Sir Keir bought the land for his late disabled mother—to be used as a sanctuary for rescued donkeys.

A statement from the Labour leader’s office added this poignant detail:

“After his mother lost the ability to walk, the field allowed her to still watch the donkeys from her home.”

Let me offer a little sample of how that played out on Twitter:

“At least Keir Starmer put his donkeys in a field, not in the cabinet.”

What shall we talk about next? As you can see, it’s one of those jumble-sale lockdown days. This blog may be nearing its point of natural destruction, like an asteroid streaking towards earth.

Okay, Marks & Spencer it is.

Exploitation, screamed customers. Total rip-off. It was noted that a similar-sized bottle was selling at a well-known British pharmacy for $7.

“I have to say, I am in shock,” said one shopper. “Where is the integrity?”

The hand sanitizer in question comes from Turkey. M & S said it made a mistake and initially priced the bottle at $25. It offered to refund the difference.

The final word—on Day 57 of our collective effort to stay alive—goes to the U.K.’s competition watchdog, which has been flooded with complaints about pandemic price gouging.

In the first month after the virus hit, the average price for hand sanitizer went up by…wait for it…376 per cent.