LONDON, U.K. -- The idea was to get up early on this first day of lockdown and walk Sammy the dog in The Regent’s Park before it got too crowded. A lot of other people had the same idea. It was all about beating the joggers. Who knows what viral poison all that puffing contains, sneaking up behind you like that? Don’t you know about the two-metre rule?

Consequently the walk was a constant zig-zag back and forth from path to grass, trying to avoid getting too close, often with head down, face rudely turned away from other people who were doing the same thing. Sometimes if a jogger got too close, I would close my lips and hold my breath. Seriously.

Here’s part of what the route tracker tracked: making wide, arching curves around hotspots, which were either a jogger coming straight for you, or other dog walkers crowding the pathway. I had a surgical mask in my pocket just in case. 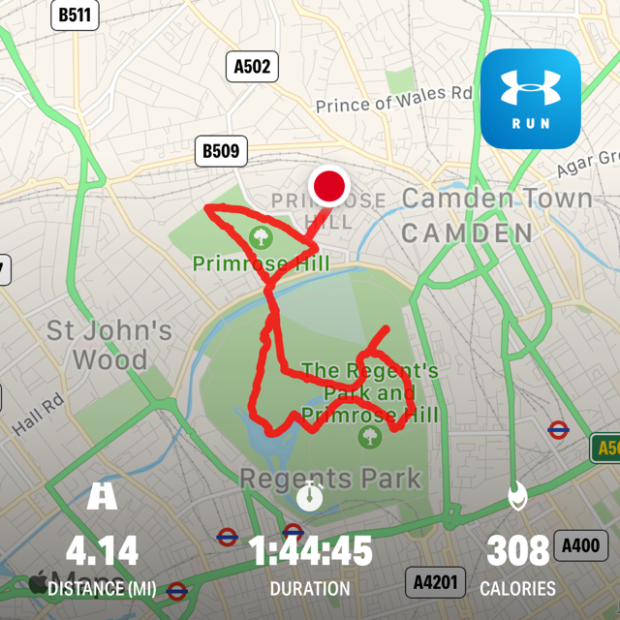 There were small diversions to take your mind off the coming COVID-19 scourge and the knowledge that you were soon heading back to a day of enforced, stay-at-home prison. The flowering trees in the park are about to come out in full bloom and a couple of bright green parakeets landed on a low branch just above my head. Phone out, picture taken, good omen appreciated. 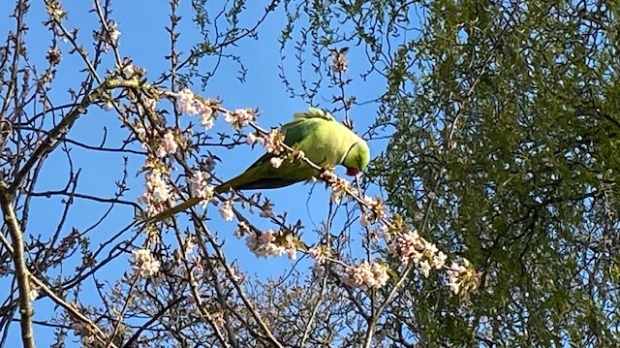 For all the strong measures that Prime Minister Boris Johnson announced, it was an agonizing process to reach this point. I call it his Delay Doctrine: waiting until there was no other choice but to shut the country down.

So we enter a scary new world where the only place people can gather in groups larger than two is a funeral, and that’s restricted to family members only -- with Johnson warning there will be a lot of funerals.

By the way, he ordered his lockdown on the day the London Times, a staunchly conservative newspaper, rebuked him for dithering and squandering precious time.

Most stores are closed, but there was no ban it seems on the renovation crew hammering and banging away on a fancy house just across from our neighbor’s garden. Even if I tried yelling, “Hey, you guys, heard about two metres apart?” they wouldn’t be able to hear me.

Breakfast conversation has become a litany of coronavirus horror stories from around the world. Today it was about Spain.

“Did you hear about the nursing home in Spain?”

“Where the soldiers went in to disinfect and found dead people in their beds?”

We heard that people were still jamming themselves onto the London tube to get to work in the morning. Why was that still happening? In Wuhan, China, they closed down the transportation system, and now Wuhan seems COVID-free.

The wait for food delivery service in London is now unending , with few new slots until May, and there was a message this morning from the Wine Society announcing that it has stopped making deliveries and accepting new orders. Hard to argue it’s an essential service, until you run out, I suppose.

Deliveries in general have become fraught. An Amazon guy arrived the other day wearing surgical gloves, a face mask, and stood back the required two metres as he gingerly set our parcel down on the steps. And then apologized for not handing it over directly. Believe me, I thought, don’t apologize.

Which leads to stage two of parcel delivery which to some people might seem extreme -- wiping down the boxes or bags with disinfectant before they come into the house, followed by a similar quick wipe over the entry buzzer and sometimes on the front door. You never know, right?

So, that was Day One. Except for the sound of a jackhammer next door, the streets were peaceful and empty. Which could get quite boring after a while. Until you remember why they’re peaceful and calm, and why you’re inside.