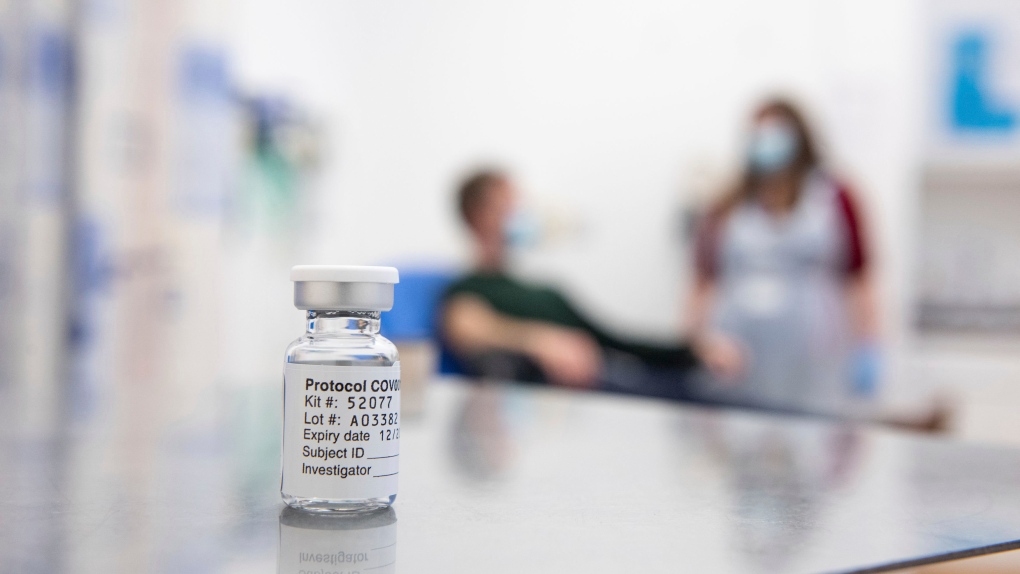 LONDON -- Oxford University and AstraZeneca's COVID-19 vaccine showed in a study it had 76 per cent efficacy against symptomatic infection for three months after a single dose, which increased if the second shot is delayed, backing Britain's vaccine rollout policy.

The findings of the pre-print paper, which had not been peer-reviewed, supported Britain's decision to extend the interval between initial and booster doses of the shot to 12 weeks, Oxford said on Tuesday.

However, the new study did not address concerns about a lack of data on efficacy among the oldest, who the British government have given highest priority in its vaccine rollout.

Andrew Pollard, Chief Investigator of the Oxford Vaccine Trial, said the data showed the 12-week interval between doses was "the optimal approach to roll out, and reassures us that people are protected from 22 days after a single dose."

Britain has decided to vaccinate as many people as possible as quickly as possible by lengthening the amount of time between initial shots and booster shots to tackle the COVID-19 pandemic.

AstraZeneca's research chief has said 8-12 weeks between doses seems to be the "sweet spot" for efficacy, contrasting with U.S. drugmaker Pfizer, which has warned that the vaccine it has developed with Germany's BionTech was not trialed with such an interval.

The results for the AstraZeneca/Oxford vaccine, gathered from trials in Britain, Brazil and South Africa, showed that immune responses were boosted with a longer interval to the second dose among participants aged 18 to 55 years.

"Vaccine efficacy after a single standard dose of vaccine from day 22 to day 90 post vaccination was 76 per cent, and modeled analysis indicated that protection did not wane during this initial 3 month period," Oxford academics said in the preprint.

The paper said that vaccine efficacy was 82.4 per cent with 12 or more weeks to the second dose, compared to 54.9 per cent for those where the booster was given under 6 weeks after the first dose.

The longest interval between doses for those aged 56 and over was between 6-8 weeks, so there was no data for the efficacy of a 12 week dosing gap in that cohort.

Europe's medicine regulator has flagged that there is not enough data to determine how well the vaccine will work in people aged over 55, but Britain has expressed confidence the vaccine works in all age groups.

The study said that no-one out of the 12,408 people vaccinated with a single dose of the vaccine was hospitalized with COVID-19 from 22 days after immunization.

Oxford also said data seemed to suggest the vaccine reduced transmission of infections, with a 67 per cent reduction in positive swabs among those vaccinated in the British arm of the trial.

Why the WHO won't call it the 'U.K. variant', and you shouldn't either

What are the different COVID-19 variants and why do they matter?

Health experts warn of dangers of B.1.1.7 variant as it emerges in more provinces

With Novavax deal, Canada could be producing COVID-19 vaccine domestically by the fall