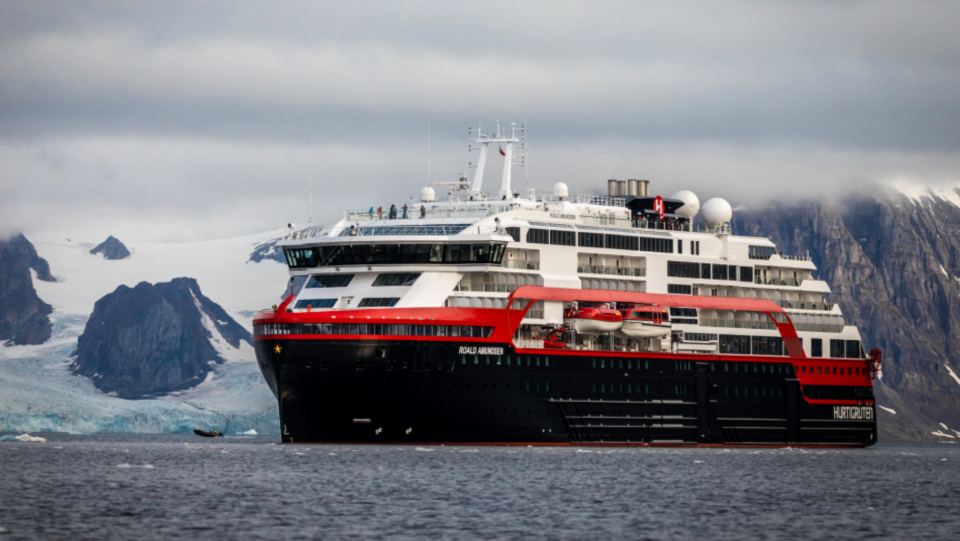 TORONTO -- Four crew members on one of the first cruise ships to resume operations after they were halted amid the COVID-19 pandemic have tested positive for the disease.

Cruise liner operator and owner Hurtigruten said in a statement that the four staff aboard the Roald Amundsen tested positive after the ship docked in the port of Tromsoe, Norway, on Friday.

"The four crew members were isolated several days ago due to another illness, without symptoms of COVID-19. When the ship arrived in Tromsoe on Friday night, however, everyone was routinely tested," Hurtigruten explained in the statement translated from Norwegian.

Hurtigruten said all 160 crew members on the Roald Amundsen have been quarantined on the ship while the 177 passengers, who have already disembarked, are being contacted by telephone and told to self-isolate. None of the guests reported having any COVID-19 symptoms during the cruise.

The crew members who were later revealed to be infected with the novel coronavirus are now being treated at the University Hospital of North Norway.

"As part of the infection tracking, Hurtigruten has been made aware that a guest from the previous sailing after returning home has tested positive for COVID-19," the release said. Hurtigruten added that this may have been how its crew members became infected.

Hurtigruten said it is working with local health authorities to follow up with all guests and employees that were aboard the ship's last two trips.

The Roald Amundsen had been on a week-long journey from the Arctic port of Tromsoe to the Svalbard archipelago. The next voyage for the Roald Amundsen is not planned until the beginning of September when it will sail around the British Isles, docking at ports in England and Scotland.

Hurtigruten, which suspended most of its cruise operations due to the COVID-19 pandemic in March, announced in early July that it would gradually return all but two of its 16 vessels to service by the end of September. The ships are currently sailing at reduced capacity.

"The safety of our guests and employees is Hurtigruten's most important priority, and we have strict routines to prevent infection. We have daily checks of everyone on board, both guests and crew. That these four cases were discovered and isolated early, even without symptoms of COVID-19, shows that our measures and routines work," Hurtigruten said.

At the beginning of the pandemic, thousands of passengers were stranded on cruise ships for weeks in Asia, the United States and South America, causing many operators to cancel cruises for the foreseeable future.