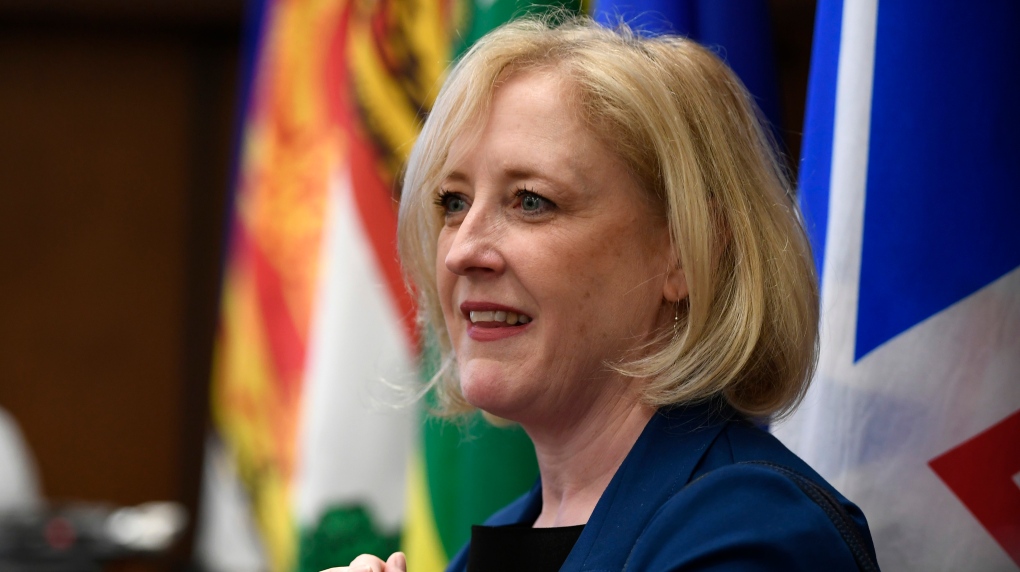 OTTAWA -- The co-chair of the organizing committee for the Conservative Party’s leadership race says despite mounting calls from candidates to postpone the contest, the plan now is to stay the course.

Former deputy leader for the party Lisa Raitt told CTVNews.ca that she and fellow co-chair Dan Nowlan "talk every day" about the COVID-19 situation, its impact economically, and its potential effect on the party’s race to elect a new head.

"We are continuously looking at it and we hear what people are saying in terms of the various candidates coming forward and indicating their concerns but our timelines are still our timelines."

A number of candidates have come out publicly raising concerns about the public health crisis. The latest to do so is front-runner and sitting MP Erin O’Toole, who circulated a video on Facebook Sunday taking issue with the timelines.

Raitt said it will come down to whether they can physically carry out a mail-in ballot election. The party’s constitution mandates that every member has the option of a postal ballot.

"We’ve got to be sensitive. For some reason if Canada Post indicates there’s not going to be a chance of us hitting our timelines, then we have to figure out what to do next," said Raitt.

"We’ve also got to be cognizant of the concerns that candidates have with respect to making sure that focus is on family and health and I get that to."

She said as much as she’s hearing concerns about delaying the leadership contest, she’s hearing just as many calls for it to speed up.

"I have been asked both questions: 'Will we delay?' and the second question is, 'Can you do it earlier?'" she said.

"I think a lot of Conservatives just want to have certainty as to where we’re going and get it done."

All leadership hopefuls have until March 25 to have their name officially marked on the ballot. To do so, they must have raised $200,000 – with a $100,000 compliance deposit – and acquired 3,000 signatures. As of March 23, O’Toole, Peter MacKay, Leslyn Lewis, and Derek Sloan have reached this checkpoint.

Ontario orders all non-essential businesses to shut down

Chloroquine hype fuelled by Trump in fight against COVID-19 is 'dangerous': Canadian doctor

'Knock, drop and go': No more signing for Canada Post packages at the door

Don't take your kids to a playground during COVID-19 pandemic, urges doctor

In global fight vs. virus, over 1.5 billion told: Stay home