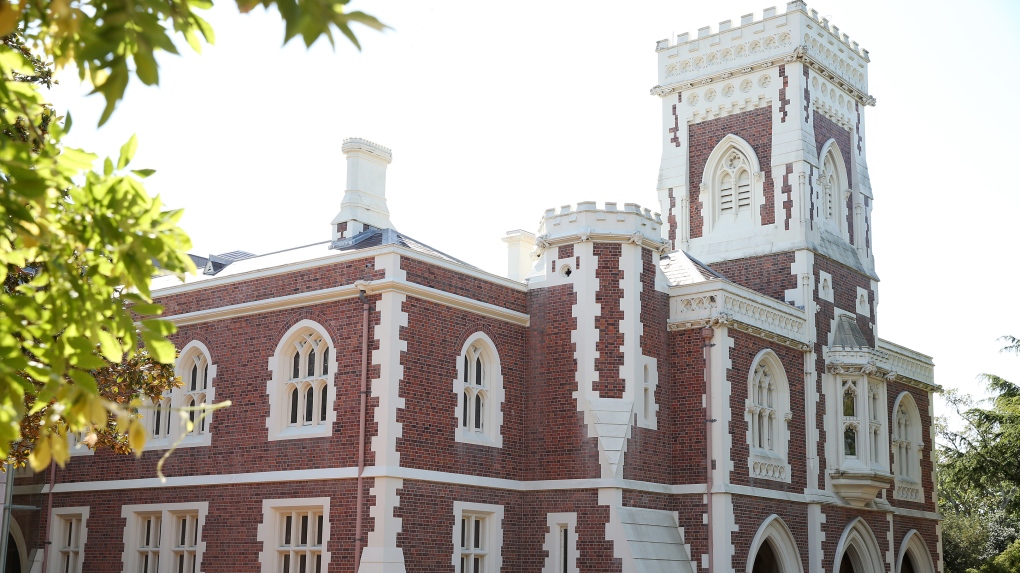 New Zealand's High Court will take temporary guardianship of the baby until he has recovered from the surgery. (CNN-Fiona Goodall/Getty Images)

Handing down the judgment on Wednesday, Justice Ian Gault ruled that the boy, who cannot be identified for legal reasons, would remain under the court's guardianship until he had recovered from the surgery.

The court also appointed two doctors as its agents to oversee issues around the operation and the administration of blood, according to court documents.

The baby has a congenital heart defect and needs urgent open-heart surgery to survive -- but the operation has been delayed by his parents' insistence that only blood from donors not vaccinated against COVID-19 be used.

The case has drawn attention to the ramifications of vaccine misinformation two years into global inoculation drives.

The baby's parents believed there were "spike proteins in the blood of people who have been vaccinated and that these proteins were causing unexpected deaths relating to transfusions," according to the judgment.

The parents had previously demanded the New Zealand Blood Service take a donation from a person chosen by the family, but the agency refused and said it does not make a distinction between vaccinated and unvaccinated donors.

The court heard that Dr Kirsten Finucane, the chief pediatric cardiac surgeon at Auckland's Starship Hospital, had told the parents it was "simply impractical to have a directed donor."

Finucane had consulted with other experts and found that a cardiac bypass without using blood or blood products would not be an option for the baby's surgery, the court heard.

With the parents and doctors unable to agree on the infant's treatment and blood transfusion, the New Zealand Health Service made an application under the Care of Children Act in November, requesting the court to appoint a doctor to take temporary guardianship of the baby for his medical care only.

In a statement, the parents' lawyer Sue Grey said they had spent "many hours" considering their options after the court ruling and had concluded there was "no time to appeal."

"The priority for the family is to enjoy a peaceful time with their baby until the operation, and to support him through the operation," she said.

Following the court's ruling, Dr. Mike Shepherd, Auckland's interim director of the New Zealand Health Service, said its decisions were "always made with the best interests of the child in mind."

"We acknowledge the decision made by the court, following our application in relation to the baby's surgery and recognize this is a difficult situation for all involved," Shepherd said in a statement.

New Zealand has relatively high vaccination rates for COVID-19, with about 90% of people aged 12 or above having had two shots and over 70% of eligible adults having received a first booster shot, according to its ministry of health.