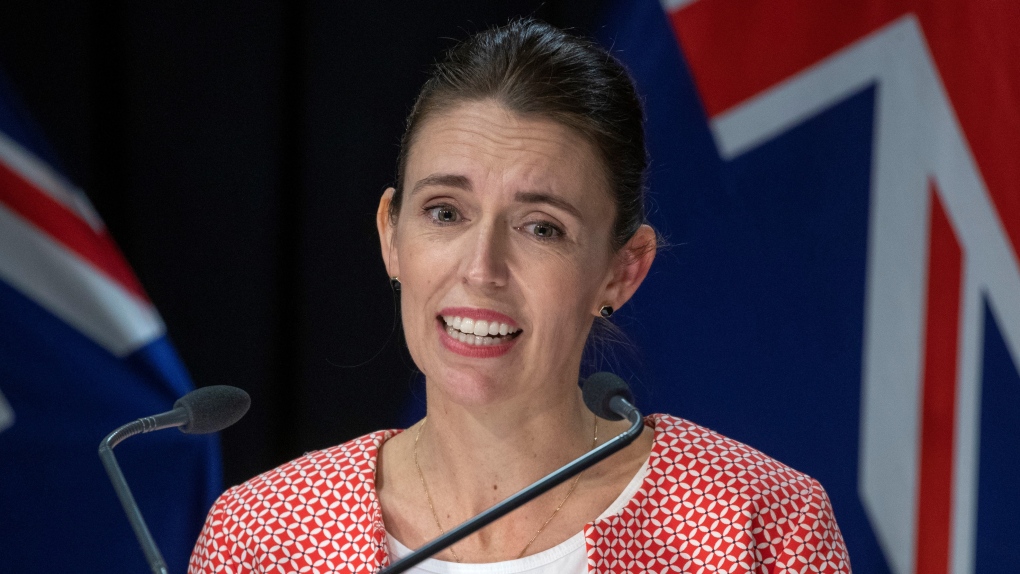 New Zealanders are set to face new COVID-19 restrictions after nine cases of the Omicron variant were detected in a single family that flew to Auckland for a wedding earlier this month, Prime Minister Jacinda Ardern announced Sunday.

The so-called "red setting" of the country's pandemic response includes heightened measures such as required mask wearing and limits on gatherings, and the restrictions will go into effect on Monday.

Ardern stressed that "red is not lockdown," noting that businesses can remain open and people can still visit family and friends and move freely around the country.

"Our plan for managing Omicron cases in the early stage remains the same as delta, where we will rapidly test, contact trace and isolate cases and contacts in order to slow the spread," Ardern told reporters in Wellington on Sunday.

New Zealand had been among the few remaining countries to have avoided any outbreaks of the Omicron variant, but Ardern acknowledged last week that an outbreak was inevitable given the high transmissibility of the variant.

The country has managed to contain the spread of the Delta variant, with an average of about 20 new cases each day. But it has seen an increasing number of people arriving into the country and going into mandatory quarantine who are infected with Omicron.

That has put strain on the quarantine system and prompted the government to limit access for returning citizens while it decides what to do about reopening its borders, angering many people who want to return to New Zealand.

About 93 per cent of New Zealanders aged 12 and over are fully vaccinated and 52 per cent have had a booster shot. The country has just begun vaccinating children aged between 5 and 11.

The family from the Nelson-Marlborough region attended a wedding and other events while in Auckland, with estimates suggesting they came into contact with "well over 100 people at these events," Ardern said.

"That means that omicron is now circulating in Auckland and possibly the Nelson-Marlborough region if not elsewhere," she added.

The move to the red setting also impacts Ardern personally. The prime minister was planning to get married next weekend, but as a result of the new restrictions the celebration will be postponed.

"I just join many other New Zealanders who have had an experience like that as a result of the pandemic and to anyone who's caught up in that scenario, I am so sorry," she said.