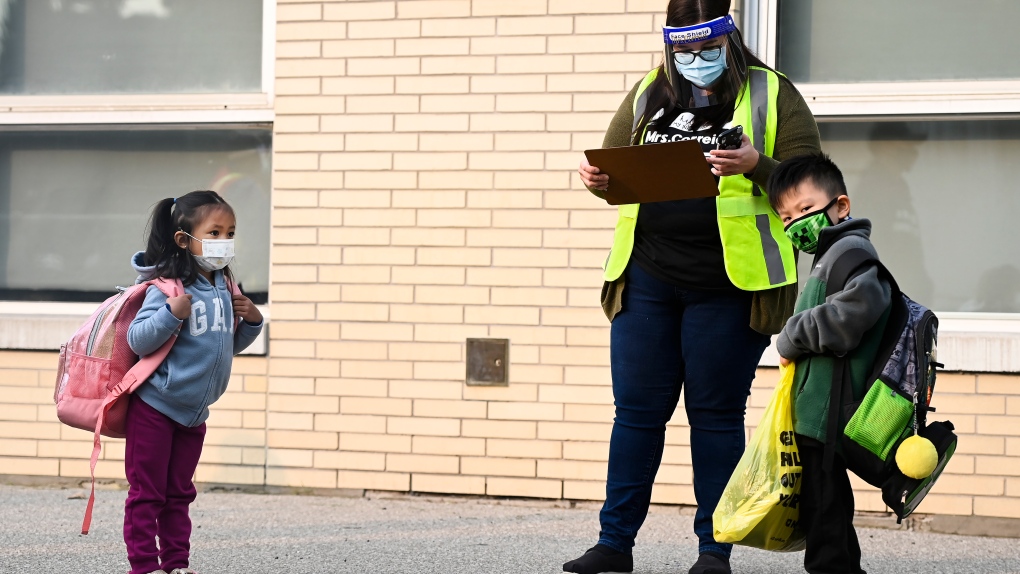 TORONTO -- A new study has found that the most common symptoms in children who test positive for COVID-19 include a loss of taste and smell, fever, headaches, vomiting and nausea, however, more than a third of kids studied were asymptomatic.

The study, conducted by researchers at the University of Alberta, noted that other influenza-like symptoms, such as cough, runny nose and sore throat, were as common or more common in children who tested negative for the virus.

Thus, typical influenza symptoms have "limited predictive value for detecting COVID-19 in children," according to the researchers.

The new findings suggest that schools should include symptoms of fever, headaches, nausea, vomiting, and loss of taste and smell in screening procedures for children.

"Administrators of screening questionnaires for schools or daycares may wish to consider reassessing the symptoms they screen for to include only those that are most strongly associated with positive results for swabs for SARS-CoV-2 infection," the study said.

The findings were published Tuesday in the Canadian Medical Association Journal (CMAJ).

To better understand how the novel coronavirus presents itself in children, researchers looked at symptom patterns in children followed by Alberta Public Health who had swabs done for SARS-CoV-2, the virus that causes COVID-19, between April 13 and Sept. 30.

The researchers compared children who were positive to those who were negative.

However, researchers noted that, of the 714 children who tested positive for the virus, approximately 36 per cent showed no symptoms at all.

"Because more than one-third of pediatric patients who test positive for SARS-CoV-2 infection exhibit no symptoms, identifying children who are likely to be infected is challenging," the study said. "Indeed, the proportion of asymptomatic SARS-CoV-2 infections in children is likely much higher than we have reported, given the likelihood that many would not present for testing."

According to the study, the most common symptoms in children who tested negative for SARS-CoV-2 were the same as for those testing positive including cough (25 per cent), runny nose (22 per cent) and fever or chills (15 per cent).

Researchers say, based on their results, the "refrain that 'children are not small adults' certainly seems to apply in the context of COVID-19."

According to the data, symptoms of fever or chills, cough and runny nose in the study were less frequent than in studies conducted in hospitals. Researchers suggest this is because the study was a "community-based cohort," and the COVID-19 cases were most likely milder than those in hospital settings.

In a related commentary on the study, Children's Hospital of Eastern Ontario infectious diseases pediatrician Dr. Nisha Thampi said it is unlikely that any symptom screening strategy will prevent children with COVID-19 from entering schools.

"Therefore, school-based health and safety measures beyond screening -- including physical distancing, hand hygiene, masking, improved ventilation and outdoor learning opportunities -- play an essential role in preventing the spread of infection in this setting," she said.