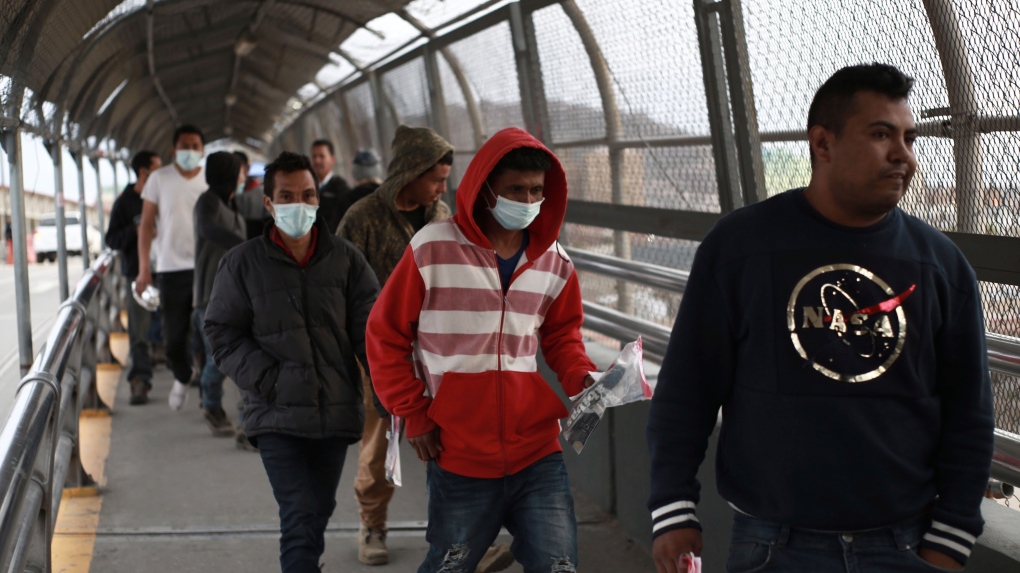 Central American migrants seeking asylum, some wearing protective face masks, return to Mexico via the international bridge at the U.S-Mexico border that joins Ciudad Juarez and El Paso, Saturday, March 21, 2020. Mexico and the U.S. are restricting travel over their busy shared border as they try to control the spread of the coronavirus pandemic. (AP Photo/Christian Chavez)

MEXICO CITY -- The Mexican border state of Chihuahua said Thursday it will set up a shelter to house deported migrants for a two-week quarantine.

The state said the shelter would be set up in “the next few days” to house migrants returned to the border city of Ciudad Juarez, across the border from El Paso, Texas.

The state government says an average of 65 migrants are deported through Ciudad Juarez every day, for a total of about 5,200 so far this year.

The quarantine move is part of a series of measures announced Thursday to prevent the spread of coronavirus. The United States has over 81,000 cases, while Mexico has 475, though testing is far less frequent in Mexico.

Dirvin Garcia Gutierrez, the head of migrant services or Chihuahua state, said officials would also try to ease crowding at migrant shelters in Ciudad Juarez that currently hold about 1,400 people, most of whom are from Central America. The city's 14 shelters - most of them privately run - should hold no more than 50 to 80 people apiece, he said.