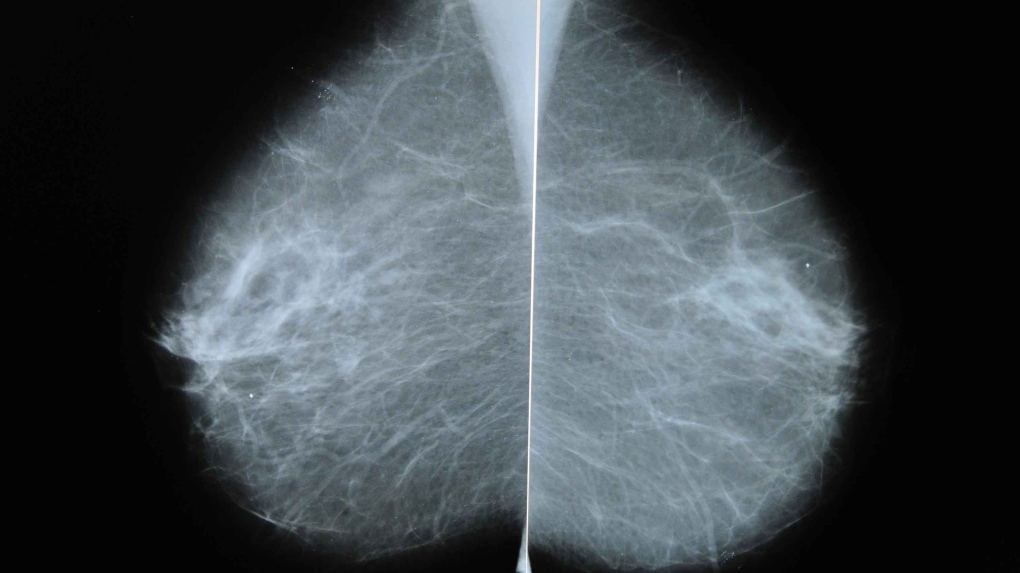 Tales of unnecessary biopsies spurred the patient care committee of the Society of Breast Imaging (SBI) to put out an advisory in January. (Shutterstock via CNN)

When she found a lump in her left breast during a routine self-check, Boston primary care physician Dr. Devon Quasha knew exactly what to do. She immediately scheduled a diagnostic mammogram and ultrasound at Massachusetts General Hospital for early January.

Then the Moderna vaccine became available to health care professionals in the city. She received her first COVID-19 shot about a week before her scheduled mammogram.

Quasha didn't notice much of a reaction to the vaccine at first, but a couple of days before her appointment her left arm began to hurt.

Tender, swollen lumps developed under her left armpit, along with a large swelling above her collarbone -- all areas where the body has lymph nodes, the body's filters for germs.

"You have lymph nodes above and below your collarbone," Quasha said. "You don't want to feel those. It was scary when I felt it."

Lymph nodes contain immune cells that help fight invaders. That's why it made sense to Quasha that the nodes were reacting to the vaccine, building antibodies as they were designed to do. But she couldn't be sure.

The swelling was only on the left side where she had gotten the shot -- the same side as the worrisome lump. Was it a reaction to the vaccine or another sign of breast cancer?

After the ultrasound, Quasha's radiologist was concerned. She told Quasha she considered the lump she had felt in her breast to be of little significance, but the lymph nodes that showed up as white blobs on her mammogram were another matter.

In non-pandemic times, that finding would set off alarm bells, requiring the need for further investigation, even an immediate biopsy. Yet Quasha had just had the vaccine. After talking it over with her, Quasha said her doctor decided not to do a biopsy at that time. Instead she told Quasha to come back for a follow-up ultrasound in six weeks.

Similar scenarios had been happening in mammogram centers around the country. As radiologists compared notes with colleagues, word began to spread.

"We all started talking about it, and it was like a wildfire," said Dr. Connie Lehman, chief of breast imaging in Massachusetts General's department of radiology.

"I cannot tell you how many women are showing nodes on mammograms and people thought it was going to be not that common," said Lehman, who is also a professor of radiology at Harvard Medical School.

Tales of unnecessary biopsies spurred the patient care committee of the Society of Breast Imaging (SBI) to put out an advisory in January: Ask your patients about their COVID-19 status, and record the date and which arm received the vaccine. Consider that before automatically scheduling a biopsy.

"We wanted to advocate that women don't always need to have a biopsy," said Dr. Lars Grimm, associate professor of radiology at Duke University School of Medicine and one of the authors of the SBI advisory. "Because oftentimes the default if you see swollen lymph nodes in a patient would actually be to recommend doing a biopsy."

Mass General's Lehman agreed. "When you hear hoofbeats, don't think zebra," she said. "If a woman had a vaccine in the arm on the same side, and the lymph nodes are swollen, this is a normal biological response. It's totally expected. It just doesn't make sense to start imaging."

That does not mean that women who wish to be sure about their cancer status cannot have a biopsy, Grimm stressed.

"You actually have some women who want to biopsy," he said. "You might tell them, 'Hey, I think this is due to your COVID vaccine, and I'm sure that it's going to resolve in a few weeks on its own and you're going to be fine.' But that patient tells you, 'I'm not going to be comfortable waiting, I want to know now.' "

Focus on screening to save lives

For Quasha, the knowledge that many women were experiencing the same type of reaction to the vaccine was a welcome relief from worry. After a discussion with her doctor, she said she no longer needs the follow-up screening.

"I was very reassured," Quasha said. "The point here is that there are a number of side effects from the vaccine which are not dangerous but can sometimes increase patient anxiety."

Instead of bringing women back in for an unnecessary ultrasound, radiology centers should be focused on scheduling women who have missed or are overdue on their mammogram, Lehman said.

"We need to take care of the large percentage of women who didn't get screened because of the shutdowns during COVID," she said. "At Mass General alone, we failed to screen 15,000 women because of COVID, and we're still trying to get them back in.

"This isn't where I need to start doing axillary ultrasounds, because someone had a vaccine and the node swelled. It's just not being practical or pragmatic or putting our patient's needs first," she said.

It's not just breast cancer, Lehman stressed. Lymph nodes in other parts of the body are also reacting to the COVID-19 vaccines, causing people with other forms of cancer to undergo unnecessary procedures.

"There have been some false scares and some unnecessary biopsies because people didn't think to ask, and they assume that the node was the cancer coming back," she said.

To avoid unnecessary worry, SBI recommends women schedule any routine, annual breast screening before getting the COVID-19 vaccine. If a woman has already had the vaccine, or is soon scheduled to do so, the society suggests waiting at least four to six weeks after the second dose before scheduling your appointment.

At Mass General, Lehman and her team have gone a step further. They are screening all women regardless of vaccine status, but telling those with no history of cancer that any swelling in the lymph nodes that might be connected to a COVID-19 vaccine is benign -- meaning not cancerous.

"This follows the American College of Radiology recommendations that if you have a known inflammatory cause you can say it's benign," said Lehman, who recently published a paper on the hospital's procedures.

"If their concern is a swelling or tenderness after the vaccine in their armpit, we suggest that they wait four to six weeks, talk to their doctor, and if it persists, then we have them come in to do an evaluation of it," she said.

Whatever you do, experts stress, don't skip getting your breast cancer screening when it is recommended. A study published Tuesday in the journal Radiology that followed over half a million women made the point clearly: Women who skip even one scheduled mammography screening before they are diagnosed with breast cancer have a significantly higher risk of dying.

In fact, the risk of having a fatal breast cancer within 10 years of diagnosis was 50% lower for women who had regular breast screenings, the study said.