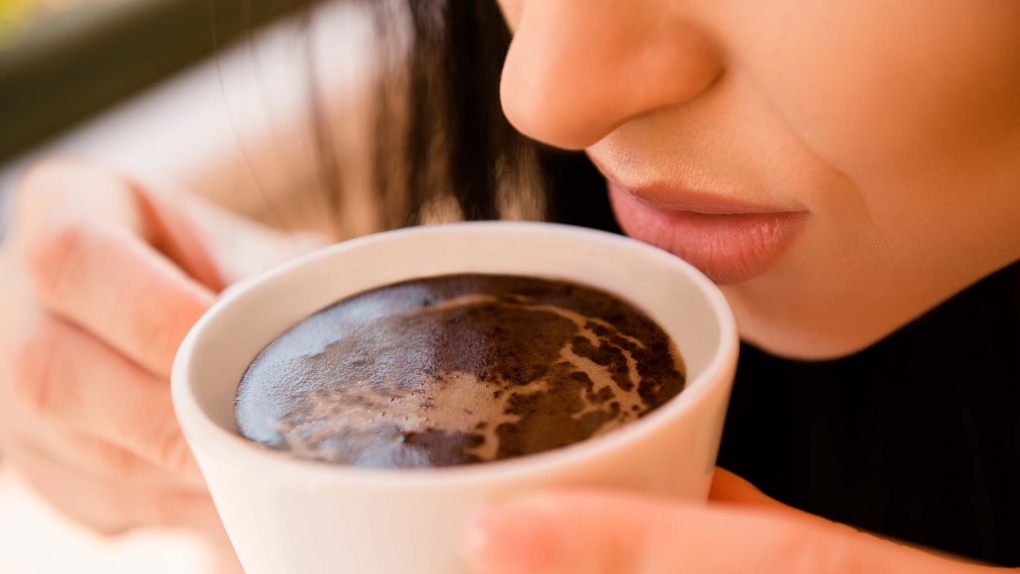 The loss of smell in mild COVID-19 cases occurs 86 per cent of the time, a study says. (Shutterstock)

Imagine waking up one morning after recovering from COVID-19 to find that your coffee smells like unwashed socks, your eggs reek of feces and your orange juice tastes metallic. Oddly, that's a good thing: It's a sign you still have a working sense of smell -- even if it's miswired in your brain.

Your ability to smell can also disappear completely, a condition called anosmia. Without warning, you can no longer inhale the sweet odor of your baby's skin, the roses gifted by your partner or the pungent stink of your exercise clothes.

Taste and smell are intertwined, so food may be bland or flavourless. Appetite and enjoyment of life may plummet, which past studies show can lead to nutritional deficits, cognitive decline and depression.

Danger lurks as well. Without smell, you may not recognize the telltale signs of fires, natural gas leaks, poisonous chemicals or spoiled food and drink.

Such is the reality of some 5% of global COVID-19 survivors who have now developed long-lasting taste and smell problems, according to a 2022 study. More than two years into the pandemic, researchers found an estimated 15 million people may still have problems perceiving odours, while 12 million may struggle with taste.

Support and advocacy groups such as AbScent and Fifth Sense have mobilized to help, offering affirmation and hope, tips on smell training and even recipes to bolster appetite.

"The way I explain it to patients is if you had a stroke, and it made your arm not work, you would go to physical therapy, you would do rehab," Patel said. "That's exactly what olfactory training is for your sense of smell."

As science learns more about how COVID-19 attacks and disrupts smell, "I think you're going to see interventions that are more targeted," said rhinologist Dr. Justin Turner, an associate professor of otolaryngology, head and neck surgery at Vanderbilt University Medical Center in Nashville.

Anyone still struggling with a loss of smell and taste "should think positively and assume their sense of smell will return," Turner said. "Yes, there are some people that won't recover, so for those folks, we want them to not ignore it. We want them to take it seriously."

People have been losing their sense of smell and taste for centuries. Common cold and flu viruses, nasal polyps, thyroid disorders, severe allergies, sinus infections and neurological conditions such as Alzheimer's disease, Parkinson's disease and multiple sclerosis can all damage the ability to smell and taste -- at times, permanently.

Growing old is a major cause of smell loss as the ability of the olfactory neurons to regenerate declines. A study conducted in 1984 found more than 50% of people between ages 65 and 80 years suffered from "major olfactory impairment." The number climbed to more than 75% for people over age 80.

When the virus that causes COVID-19 invaded our lives, a condition that was relatively rare among people under 50 expanded exponentially, affecting all ages.

"COVID-19 affected younger people much more than other forms of post-viral smell loss," said surgeon Dr. Eric Holbrook, an associate professor of otolaryngology and head and neck surgery at Harvard Medical School. "You wouldn't see much smell loss in the pediatric population, for example, and now it's very common."

In fact, loss of smell was so prevalent at the beginning of the pandemic it was considered the canary in the coal mine -- an early sign of COVID-19 infection even in the absence of other symptoms.

That's not true today. A study published in May found 17% of people lost their sense of smell when infected with the Omicron variant, which became the predominant variant of the virus that causes COVID-19 in late 2021. (This could change again if the virus mutates.)

In comparison, people sickened by the two original variants, Alpha and Beta, were 50% more likely to lose their sense of smell or taste. Delta was nearly as bad -- 44% of people were affected, according to the study.

Statistics show most people recover their sense of taste and smell. An August analysis of 267 people who lost smell and taste at least two years ago found the majority either fully (38.2%) or partially (54.3%) recovered their ability to smell and taste. That was especially true for people under 40, according to the study.

But 7.5% had not recovered their sense of smell and taste two years after their COVID-19 infection cleared. Those who were least likely to recover included people with existing nasal congestion, more women than men, and those who had a greater initial severity of smell loss, the study found.

How does COVID-19 damage the olfactory system? At first scientists believed it infected neurons in the nose responsible for transmitting smells from the environment into the brain. Those neurons sit in the olfactory bulbs at the very top of each nostril and send out axons, or cables, to unique sensory spots in the brain.

Soon studies discovered the virus does not enter those neurons at all. Instead, it attacks sustentacular cells, also known as supporting cells, which provide nourishment and protection to nerve cells from birth. Unlike many other cells, neurons in the nose undergo rebirth every two to three months.

"(COVID-19) infection of those supporting cells likely has some sort of long-term effect on the ability of those neurons to regenerate themselves with time," Turner said.

"That's one of the reasons we sometimes see a delayed effect: People may have some smell loss that recovers, then later they have a second wave of smell loss, parosmia or other symptoms because that regenerative capacity is malfunctioning," he said.

Parosmia is the medical term for distorted smells, which can often be quite disgusting, Patel said.

"Unfortunately, there's these classic categories of really terrible smells and tastes," she said. "Sometimes it's feces, garbage or old dirty socks. There can be a sort of sickly, sweet chemical type of smell and taste. Oh, and rotting flesh is another common category."

For many people, parosmia tends to occur or reoccur at the three-month mark, about the time olfactory neurons would naturally be regenerating, experts told CNN.

"If the reconnection misses its target and hits a different spot in the brain reserved for a different odor, your perception of smell is going to be totally screwed up," Holbrook said.

"You have to rely on the ability for those axons to retract and then find their way to the right spot," he added. "Or if they're not correct, wait for those neurons to die off and have new ones come back and find the right spot."

Science continues to discover ways the virus attacks. A study from February found it may also damage olfactory receptors that sit on the surface of nerve cells in the nose. Those receptors bind smells and trigger the nerve impulses that transmit the information to the brain.

There may also be a genetic component. A January study discovered a mutation in two overlapping genes, UGT2A1 and UGT2A2, that play a role in metabolizing odors. People with that mutation may be more susceptible to losing their sense of smell, but further studies are needed to determine the virus's association to the genes -- if any.

People who are older and have chronic diseases that affect the nervous system, such as diabetes, are often more susceptible to olfactory damage, Patel said.

"It's the very small vessels in the body, including the nose, that are affected by diabetes, disturbing blood, nutrient and oxygen flow to these olfactory nerves," she said. "People with chronic sinus or allergy inflammation in the nose -- anything that makes it harder for our system to bounce back will likely be at higher risk as well."