Lessons from Mariann, the Ont. long-term care home that's had no COVID-19 cases 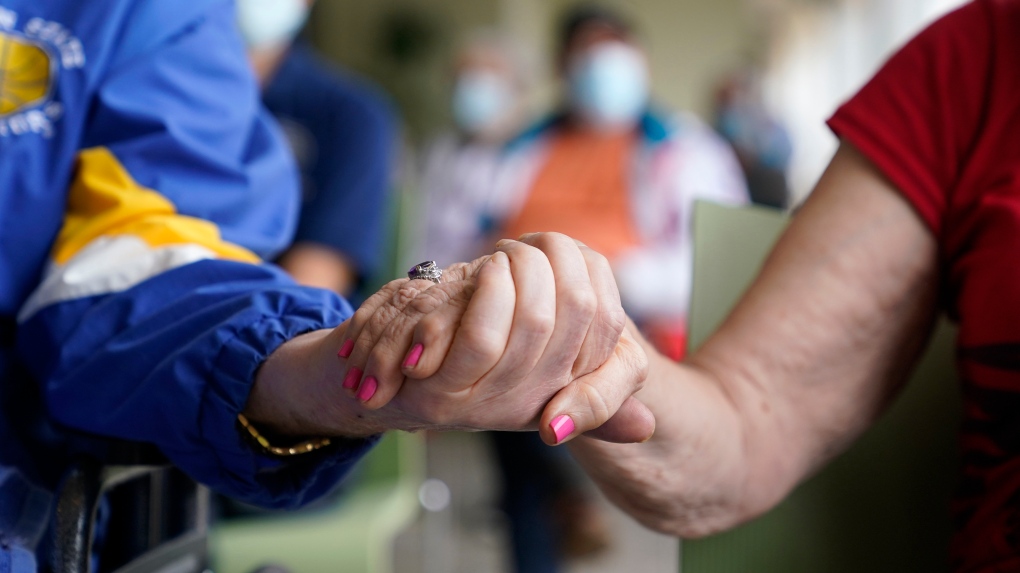 In this Jan. 12, 2021, file photo residents Ken Fishman, 81, left, and Esther Wallach, 82, right, hold hands as they wait in line for the Pfizer-BioNTech COVID-19 vaccine at the The Palace assisted living facility in Coral Gables, Fla. (AP Photo/Lynne Sladky, File)

TORONTO -- The human cost of the pandemic has been most devastating in Canada's long-term care (LTC) facilities.

But the Mariann Home in Richmond Hill, Ont. has been a happy exception, with no cases or deaths to date among its 64 residents.

Mariann CEO and Administrator Bernard Boreland has been credited with being quick off the mark in recognizing the seriousness of the outbreak well ahead of the decision in Ontario to lock down LTC facilities in March, 2020. By that point, he had already been stockpiling personal protective equipment for weeks, and had locked the facility’s doors on Feb. 28.

Newsletter sign-up: Get The COVID-19 Brief sent to your inbox

Speaking to CTV’s Your Morning on Friday, Boreland was quick to deflect credit for the moves.

“It all has to do with early planning, communication with the families, and the employees. The leadership team was very huge in this - we have solid leadership team here,” he said.

“Our board of directors, they were extremely helpful from the onset of this pandemic, especially my board chair. She gave me the freedom to do whatever I needed to do,” he added.

Boreland, who relied on his experience dealing with the SARS outbreak in 2003, got an early heads-up about the severity of the virus in January of last year from staff who had been vacationing in China.

Also key were decisions on staffing, including implementing a rule that his staff could only work at Mariann and not other facilities, and bringing part-time staff on full-time.

“The one thing that stuck out in my head and I used that initially was the single employer rule,” he said.

Boreland has since been sharing what he’s learned from the experience, including speaking to the Ontario Long Term Care COVID-19 Commission in January. One of those lessons was to keep families in the loop.

“The families have been huge in this. We've been communicating with them since day one,” he said. “I was the one who called every family member the first day we locked our facility to let them know exactly what is going on. Since then we have biweekly teleconferences to keep them aware of what's happening at Mariann.”

An earlier version of this story included incorrect figures for COVID-19 cases and deaths in long-term care homes.

Pandemic etiquette: How to safely and courteously navigate crowded sidewalks

China outlines COVID-origin findings, ahead of WHO report

Many Canadian employees unable to self-isolate when necessary: survey

'What am I going to do now?': Entrepreneurs lose hope as COVID-19 rages on