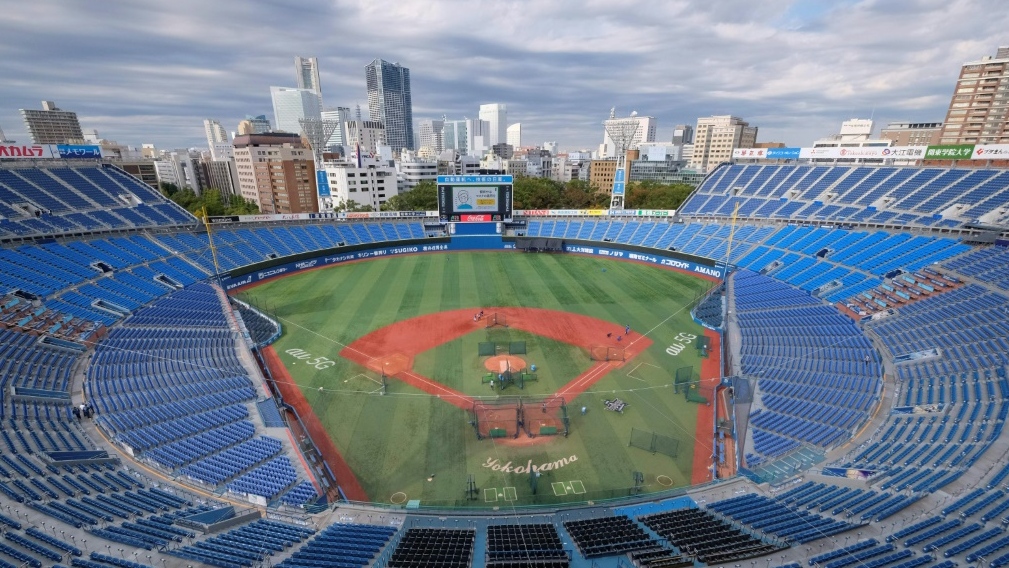 Yokohama Stadium will host baseball and softball games at the Tokyo Olympics, now set to open on July 23, 2021. (AFP)

TOKYO, JAPAN -- Fans flooded into a baseball stadium in Japan that will host Olympic events next year as officials tested virus-prevention measures Friday with their eyes on the delayed Games.

The experiment will see three daily matches played at the 32,000-seat Yokohama Stadium with 80 to 100 per cent of seats filled -- an exception to government guidelines that sports venues should operate at half capacity.

Engineers have installed dozens of high-resolution cameras and sensors across the stadium to monitor mask-wearing and the movements of excited fans, while CO2 detectors will be used to measure crowd density.

The data will be fed to Japan's "Fugaku" supercomputer -- the world's fastest -- for analysis, said an official in charge of the project that kicked off on Friday in Kanagawa prefecture near Tokyo, where the stadium is located.

Fugaku has been used to simulate the spread of airborne droplets inside trains or classrooms, and also when people wear different kinds of face coverings.

"There's no data yet on how droplets spread outdoors, for example at a stadium," the official, who asked to remain anonymous, told AFP.

"With the wind, and the way stadiums are built with tiered seats, we need to know how droplets spread in such circumstances to prevent infections," he said.

Yokohama Stadium will host baseball and softball games at the Tokyo Olympics, now set to open on July 23, 2021 after they were delayed for a year because of the pandemic.

At Friday's test-run, all spectators had to wear masks and were encouraged to install apps designed to track who they came into contact with, or notify them of any detected cases after the game.

Officials also used smartphone signals to gauge where and when crowds gathered, in an attempt to reduce congestion and improve social distancing.

"As a fan, I want to cheer for my team in a packed stadium but I'm also worried about the virus," a participant wearing a local team's kit told public broadcaster NHK. "I think this is a good opportunity to verify what's best."

Similar tests are also planned next week at Tokyo Dome, an indoor facility that is the home to the popular Yomiuri Giants baseball team.

Japan has detected around 100,000 coronavirus infections so far with just over 1,700 deaths -- relatively low numbers, despite the country never having enforced any lockdown measures.