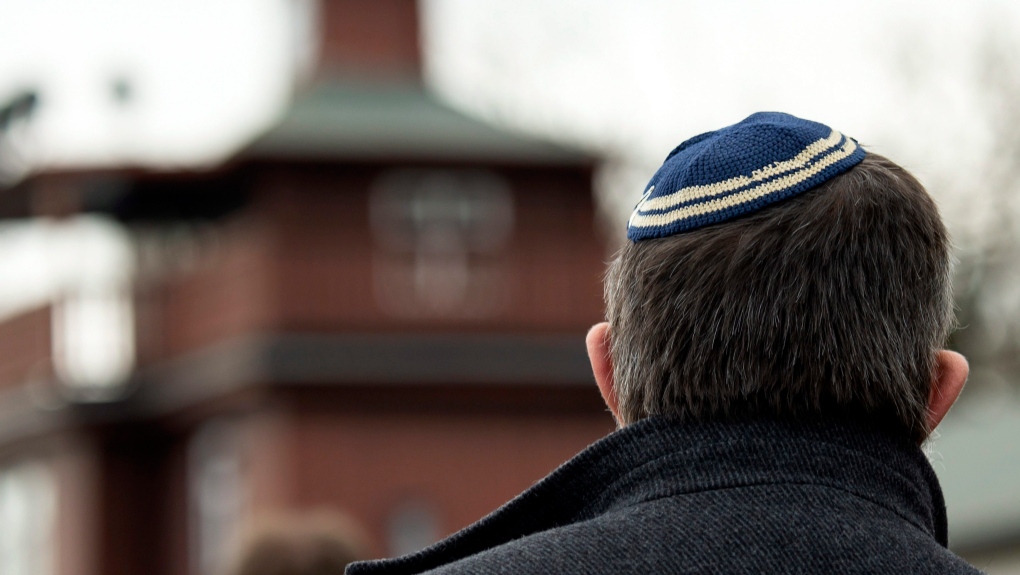 A man with a Jewish yarmulke takes part at a wreath ceremony on occasion of the international Holocaust remembrance day in the former the Nazi concentration camp Buchenwald near Weimar, Germany, Jan. 27, 2020. (AP Photo/Jens Meyer)

Some 900 people who survived the Holocaust died from COVID-19 in Israel last year, the country's Central Bureau of Statistics said Tuesday.

The bureau reported that about 5,300 survivors of the World War II-era mass murder of European Jews and other groups by the Nazis were infected in 2020 with the coronavirus. The pandemic began its global rampage about a year ago.

The tally comes on the eve of International Holocaust Remembrance Day, designated by the United Nations in 2005.