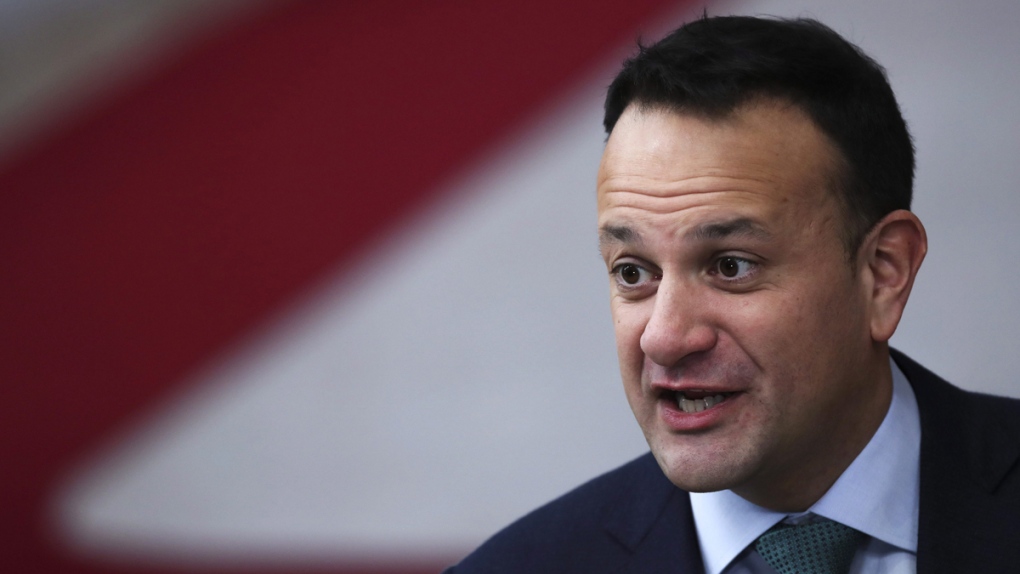 Irish Prime Minister Leo Varadkar speaks with the media as he arrives for an EU summit in Brussels, on Dec. 13, 2019. (Francisco Seco / AP)

Ireland is closing all schools and cultural institutions until March 29, in a major escalation of its response to the new coronavirus.

Prime Minister Leo Varadkar announced the measures would take effect at 6 p.m. Thursday. He said the closure applies to schools, colleges, childcare facilities and cultural institutions. All indoor gatherings of more than 100 people and outdoor events with more than 500 are also cancelled.

Speaking during a trip to Washington, Varadkar said people should work from home as much as possible.

He said the measures would mean major disruptions but "acting together as one nation we can save many lies."

So far 43 cases of COVID-19 have been confirmed in Ireland and one person has died. Ireland, along with Britain, is excluded from a 30-day U.S. ban on travellers form continental Europe.