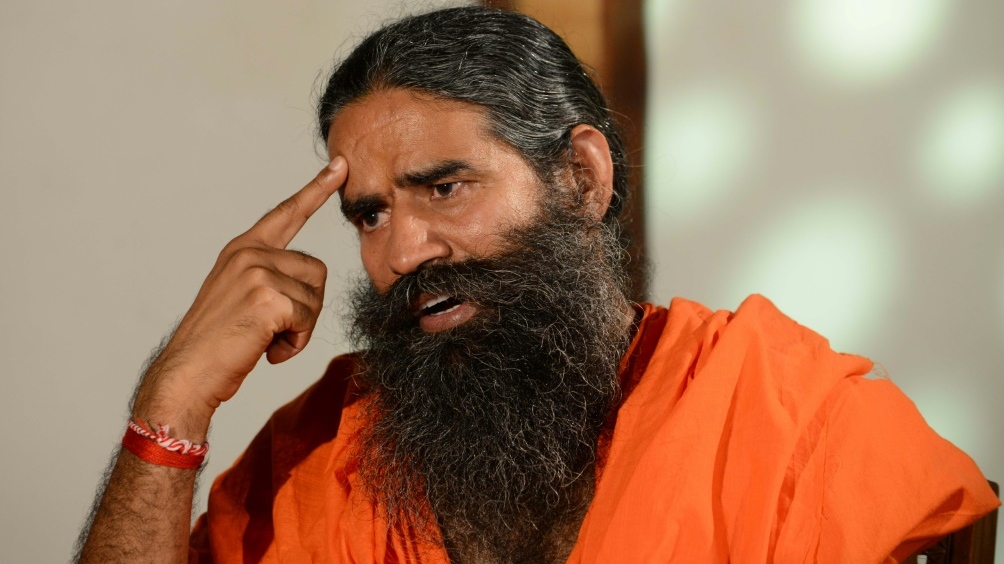 Indian Yoga Baba Ramdev has been told to stop touting a supposed US$7 coronavirus cure. (AFP)

NEW DELHI, INDIA -- A hugely popular Indian guru touting herbal remedies as a US$7 cure for coronavirus was told by the government Tuesday that he needed to prove his claims before further marketing.

Baba Ramdev, a supporter of Prime Minister Narendra Modi, said the remedy would be available from next week through his lucrative Patanjali Ayurved company, claiming it was 100 percent successful on nearly 300 test patients.

The ubiquitous company is worth several hundred million dollars, selling everything from toothpaste to jeans. It is a major player in a vast Indian consumer goods market of 1.3 billion people.

Speaking at his company's headquarters in Haridwar, saffron-robed Ramdev said that "Coronil" and "Swasari" could cure coronavirus in a week.

"Some 280 patients were included in the clinical trials and 100 per cent recovered," he claimed. Sixty-nine percent recovered in three days and rest within seven, he told reporters.

He said the trials were conducted in association with the National Institute of Medical Sciences but did not specify whether they received approval from India's drug authority.

However, the Ministry of Ayurveda, Yoga and Naturopathy, Unani, Siddha and Homoeopathy (AYUSH) said Tuesday it had asked the firm for more details and told it not to advertise its claims until they were examined.

Ayurvedic medicines have been used for centuries in India but Ramdev -- who has a yoga TV channel despite saying he lives an ascetic life -- has tapped into booming demand since creating his firm in 2006.

The company has been marred by several controversies, however, including a massive row over a drug called "Divya Putrajeevak Beej" (Divine Son-Bearing Seed) that sparked allegations it promoted child sex selection.

The company -- India's 13th most trusted brand according to rankings published earlier this year -- has previously claimed it had cancer remedies, while Ramdev has also said he can "cure" homosexuality and AIDS.

Modi, who is currently battling a surge in coronavirus with almost 450,000 cases and almost 15,000 deaths, last week suggested that yoga could help create a "protective shield" against the coronavirus.

'The pandemic is still accelerating,' WHO chief warns after record number of new cases

Airline execs double down on refund refusal amid parliamentary grilling

COVID-19 immunity might not last long for asymptomatic carriers: study

Ontario premier shocked by packed Toronto beaches, warns COVID-19 fight is not over