In much of the U.S., progress made in COVID-19 fight has turned into progress lost 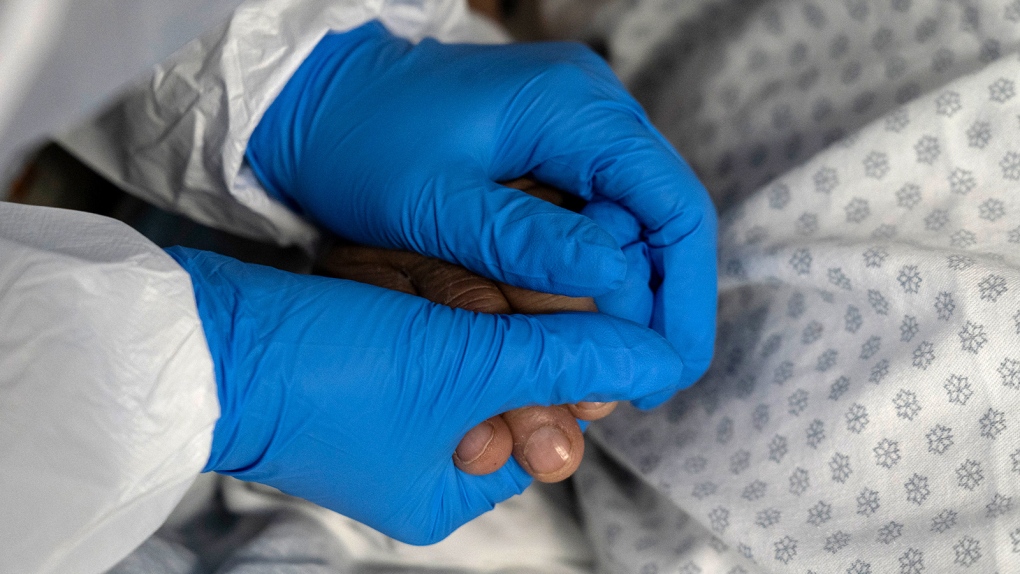 A member of the medical staff holds a patient's hand in the COVID-19 intensive care unit at the United Memorial Medical Center on July 28, 2020 in Houston, Texas. (Go Nakamura/Getty Images/CNN)

Remember the progress made in suppressing COVID-19 during the painful economic shutdowns?

In some states, much of those gains have been erased after an abysmal July that shattered records for new cases, hospitalizations or deaths.

"I want to be very clear: What we are seeing today is different from March and April," Dr. Deborah Birx, the White House's coronavirus task force coordinator, told CNN's Dana Bash on Sunday.

"It is extraordinarily widespread. This epidemic right now is different ... and it's both rural and urban."

In the past month, the U.S. has seen:

Now the race is on to try to rein in COVID-19 before more classrooms reopen -- and before more states might have to shut down again.

July saw the biggest number of new cases of any month since the pandemic began, with more than 1.9 million new cases, according to data from Johns Hopkins University.

And that's not just due to testing.

Had the rise in new case numbers just been the result of increased testing, "the percent positive line could look flat or like it is decreasing over the time period when cases increased," according to Johns Hopkins University.

But that's not what's happening. As of Sunday, 32 states had higher test positivity rates over the past week compared to the previous week -- suggesting "increased transmission," Johns Hopkins said on its Coronavirus Resource Center website.

"If we see the percentage of positive tests begin to rise, it indicates insufficient testing to find infections that may be occurring," Johns Hopkins said. "Not finding these infections may mean that the virus is transmitting without intervention, which can lead to future case growth."

While some states' numbers are starting to improve, several states have recently endured their highest numbers of COVID-19 hospitalizations or deaths -- two metrics that can't be attributed to increased testing.

WHY ARE THESE RESURGENCES HAPPENING?

Others point to a lack of personal responsibility by many Americans -- such as failing to wear a mask or ignoring social distancing after states reopened.

"There are three or four kinds of epidemics" that are fueling the spread, said William Haseltine, chairman and president of ACCESS Health International. They include:

"But there's another one which I am very worried about, which is our schools," Haseltine said.

"The latest data just shows that children under five have 10 to 100 times as much virus in their nose" compared to older children and adults.

IS THERE ANY GOOD NEWS?

Yes. Some states have decreasing rates of infection, hospitalizations and deaths -- paving the way for full economic reopenings.

The most successful states mandated face masks early, started reopening later than others and found innovative solutions to fight the virus.

And while the U.S. still struggles with testing shortages and delays -- making it difficult to isolate those infected -- many of the steps needed to quash COVID-19 are actually pretty easy.

The two most important steps are social distancing and wearing a face mask when you might come in contact with others, said Dr. Anthony Fauci, director of the National Institute for Allergy and Infectious Diseases.

"It's not rocket science," he told CNN in late July. "If we all did (both) uniformly, I believe that we could turn things around."