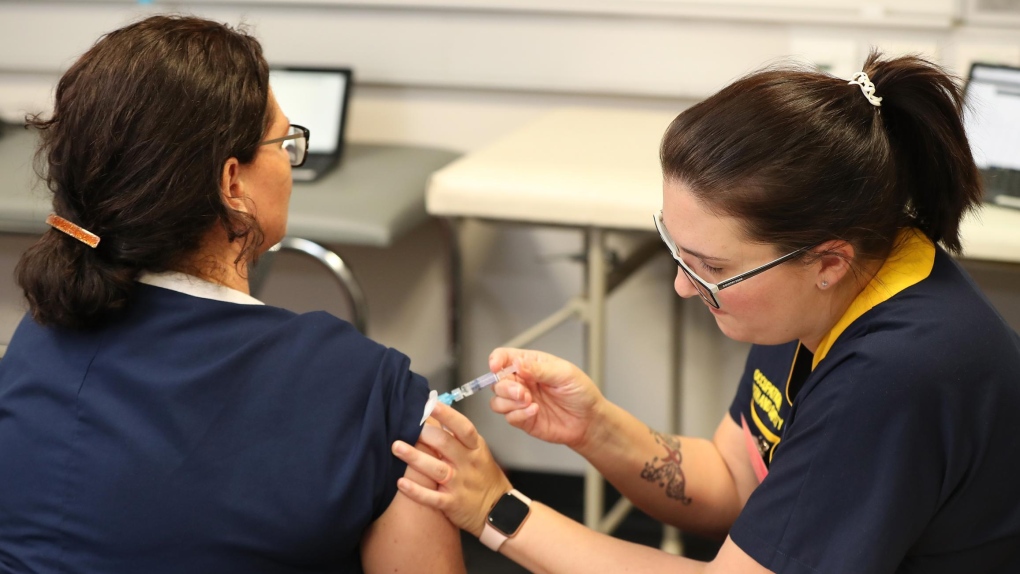 Immunity to COVID-19 infection lingers for at least five months, researchers reported -- and probably longer than that.

While the report may seem confusing and contradictory to a similar report out of Britain this week, it really isn't. There is more than one wave of infection control in the human body.

People's bodies produce an army of immune compounds in response to an infection and some are overwhelming at first, dying off quickly, while others build up more slowly. Measurements that show a waning antibody response in the first months after infection might be measuring this first wave -- but there's a second team building its forces in the background.

The new report out Wednesday shows 90% of people who recover from COVID-19 infections keep a stable overall antibody response.

"While some reports have come out saying antibodies to this virus go away quickly, we have found just the opposite -- that more than 90% of people who were mildly or moderately ill produce an antibody response strong enough to neutralize the virus, and the response is maintained for many months," Florian Krammer, a professor of vaccinology at the Icahn School of Medicine at Mount Sinai, who led the study team, said in a statement.

"This is essential for effective vaccine development."

The team looked at the antibody responses of more than 30,000 people who tested positive for COVID-19 at Mount Sinai's Health System between March and October. They characterized their antibody responses as low, moderate or high. More than 90% had moderate to high levels, or titers, of antibodies to the spike protein of the virus -- the structure it uses to grapple the cells it infects.

They then closely studied 121 patients who recovered and donated their plasma -- once three months after they first developed symptoms, and again five months later.

They did see a drop-off in some antibodies. But others persisted, they reported in the journal Science.

"The serum antibody titer we measured in individuals initially were likely produced by plasmablasts, cells that act as first responders to an invading virus and come together to produce initial bouts of antibodies whose strength soon wanes," said Dr. Ania Wajnberg, director of Clinical Antibody Testing at the Mount Sinai Hospital.

"The sustained antibody levels that we subsequently observed are likely produced by long-lived plasma cells in the bone marrow. This is similar to what we see in other viruses and likely means they are here to stay. We will continue to follow this group over time to see if these levels remain stable as we suspect and hope they will."

Antibodies are not the only protection the immune system musters against infection, but they are an important first line of defense.

"Although this cannot provide conclusive evidence that these antibody responses protect from reinfection, we believe it is very likely that they will decrease the odds ratio of reinfection," the team wrote.

COVID-19 has only been around for a little under a year, so scientists are still learning about it. Stories of people becoming infected more than once are mostly anecdotal, and few and far between.

There's obvious concern about this. It would be far better for getting rid of the pandemic if people developed permanent immunity to the virus after an infection. And, of course, immunity would be vital for a vaccine to work well.

It happens with other viruses. Measles is an example. One bout of measles usually leaves someone immune for life -- an effect known as sterilizing immunity. The same was true for smallpox, before that virus was eradicated in the 1970s by a global vaccination campaign. And proper vaccination against measles and smallpox completely protects against infection.

But respiratory viruses such as influenza are trickier. People can catch flu over and over again and flu vaccines generally provide only partial protection against infection and severe disease. Part of that's due to flu's tendency to mutate.

Coronaviruses seem to fall in between. They can cause the common cold, but because they are not usually deadly, they are not as well studied. Until COVID-19's deadly cousin SARS came along, there was little interest in coronaviruses.

Still, there is evidence that people can and do develop some immunity to coronaviruses.

"We know from work with common human coronaviruses that neutralizing antibodies are induced, and these antibodies can last for years and provide protection from reinfection or attenuate disease, even if individuals get reinfected," Wajnberg and colleagues wrote.

"It is still unclear if infection with SARS-CoV-2 in humans protects from reinfection and for how long."

The next important step, they said, will be to establish what are known as correlates of protection. These are compounds that can be measured in the blood that will tell doctors whether someone is immune -- so that it won't be necessary to wait and see if they get infected again after one bout, or after getting a vaccine.