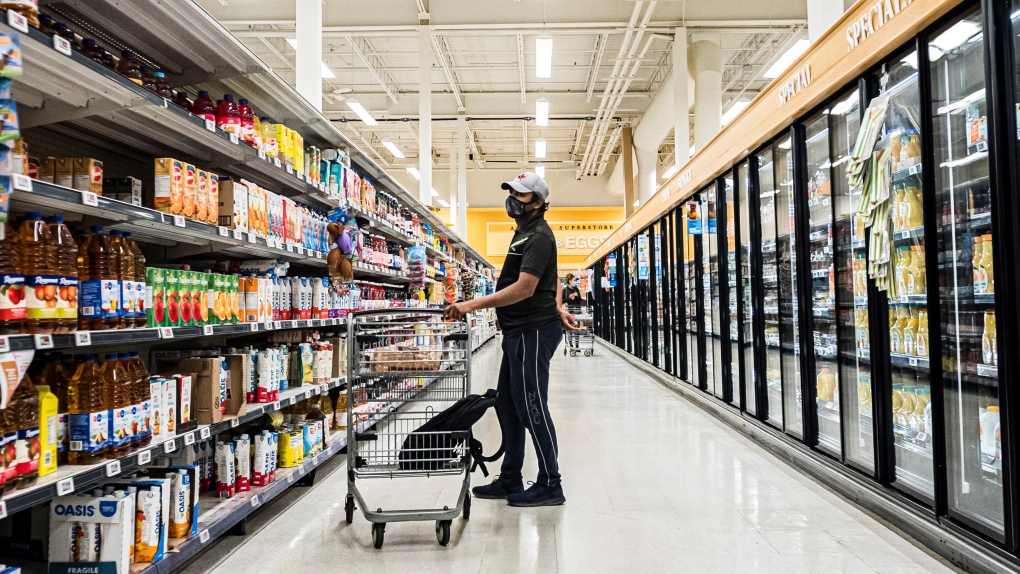 TORONTO -- A new study tested more than 900 samples from high-touch surfaces in Ontario grocery stores for SARS-CoV-2 and found zero positive results, suggesting the risk of exposure to the virus in grocery stores is low.

Maria Corradini, one of the study's authors and an associate professor at the University of Guelph’s department of food science, said the results add to the growing evidence that transmission of coronavirus via surfaces is “very improbable.”

This means practices that were adopted by some in the early days of the pandemic, such as wiping down your groceries when you bring them home or letting them sit out in the cold for hours are not necessary.

“We can have some peace of mind and engage with our groceries like we used to before,” Corradini told CTVNews.ca in a phone interview.

All of the stores followed the same provincial COVID-19 guidelines, including social distancing, sanitation and enforcing PPE for customers and employees.

The surfaces selected for swabbing were all considered “high-touch” areas. They included the payment station, the deli counter, the frozen foods section, shopping carts and baskets. Swabs were collected on Tuesdays and Fridays, twice a day, once before the store opened and once immediately after the store closed. The samples were then taken to a nearby lab for testing.

Throughout the study period, the researchers also recorded the incidence of COVID-19 in the surrounding communities to see if there was any correlation between the number of COVID-19 cases and the presence of the virus found in the stores.

All 957 collected samples tested negative for SARS-CoV-2 RNA, regardless of the specific store location, sampling day or time, or type of surface area.

During the same testing period, the number of daily cases increased in the surrounding communities. However, this did not result in an increase in the presence of the virus on the tested surfaces.

“These results suggest that the risk of exposure from contaminated high-touch surfaces within a food retailer store is low,” the study concluded, adding that this is contingent on the upkeep of sanitation routines, social distancing and monitoring of employee health.

Corradini notes that earlier studies on surface transmission were conducted in labs where variables like temperature, humidity and viral load were controlled.

By contrast, in her study she wanted to look at the risk of surface transmission in real-world settings that people would encounter in their everyday lives.

In order to get the virus via surface transmission a combination of events has to “align perfectly,” she said. “It doesn’t happen often, but it can, but the probability is very low.”

'We can't live here in a hermit kingdom': Australian state to end quarantine for vaccinated travellers

Cross-border travel in question for Canadians with mixed vaccines

Saskatchewan and COVID-19: How did its fourth wave death rate become the highest in Canada?

What you need to know if you want to cross the U.S. land border

Transplant programs reviewing policy on recipients being vaccinated against COVID-19

Restaurants may not survive without extension of COVID-19 benefits, group warns

Expect vaccine passports for travel 'in the next couple of months': LeBlanc