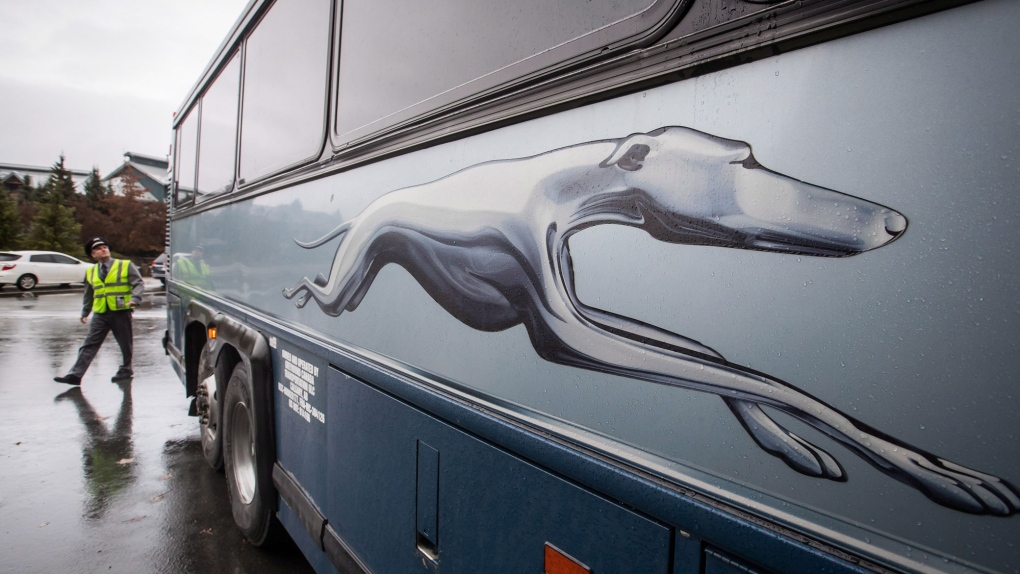 A Greyhound bus driver does a walk-around before moving the bus to a parking lot after arriving in Whistler, B.C., from Vancouver on Wednesday October 31, 2018. THE CANADIAN PRESS/Darryl Dyck

TORONTO -- Greyhound Canada has announced that it will temporarily suspend all of its bus routes in Canada due to a rapid decrease of revenue and ridership amid the COVID-19 pandemic.

The company said in a statement that service will be suspended effective 11:59 p.m. on May 12. The shutdown affects all routes throughout Ontario, and one route from Ottawa to Montreal. Greyhound Canada called the shutdown a "regrettable" result of the pandemic, adding that ridership has declined 95 per cent.

"Our commitment has and always will be to our customers and getting them where they need to be. However, we are facing unprecedented times that have caused a significant decline in demand," Senior Vice-President Stuart Kendrick said in the press release issued Thursday.

The company said it has "made every effort to reduce costs" but cannot continue to operate during the pandemic without financial support from other levels of government.

The suspension will affect 400 employees, according to the statement.

"Our service is reliant on the farebox -- we are not able to sustain operations with a significant reduction in ridership and the corresponding revenue with a lack of financial support from the provincial and federal governments," the release said.

Greyhound Canada said it previously reduced service on March 25 and again on April 5 with the suspension of nine of its routes, six of which were serviced by other bus companies. The company said in the release that it was providing reduced service on its remaining routes through the month of April to allow for essential travel amid the health crisis.

"As we continue to navigate this situation, we will keep our customers and employees who are affected by this temporary shutdown top of mind. We regret the difficulty that this will cause them, but this decision came as a last resort option to address the uncontrollable consequences and devastating impacts of this pandemic," Kendrick said in the release.

NDP Leader Jagmeet Singh called the loss of the bus service "another big hit to people who have the least." Singh said it is primarily women, low-income earners, seniors and many essential workers in both rurual communities and cities who depend on buses.

"The inter-city bus companies have asked for relatively little to keep rolling. The federal government has to quit pointing fingers and make sure the crucial bus companies and the people who rely on them get the support they need," Singh said in a statement on Thursday

Greyhound Canada stopped its service in the Prairies, British Columbia and northern Ontario in 2018 due to declining ridership in the areas. At the time, the federal government did not offer financial support to help the bus line.

Singh said investing in public transport should be part of the federal government's economic recovery plan.

Routes that will be suspended as of May 12:

Quebec leads Canada in coronavirus deaths, so why is it starting to reopen?

While she treated coronavirus patients, the U.S. denied this Canadian doctor a green card

Reopening of Montreal-area schools, daycares and businesses pushed back until May 25

Cargill workers, many of them new to Canada, face isolation over COVID-19

One of Trump's personal valets has tested positive for coronavirus

Double bubble buddies: How to choose the first household you'll socialize with