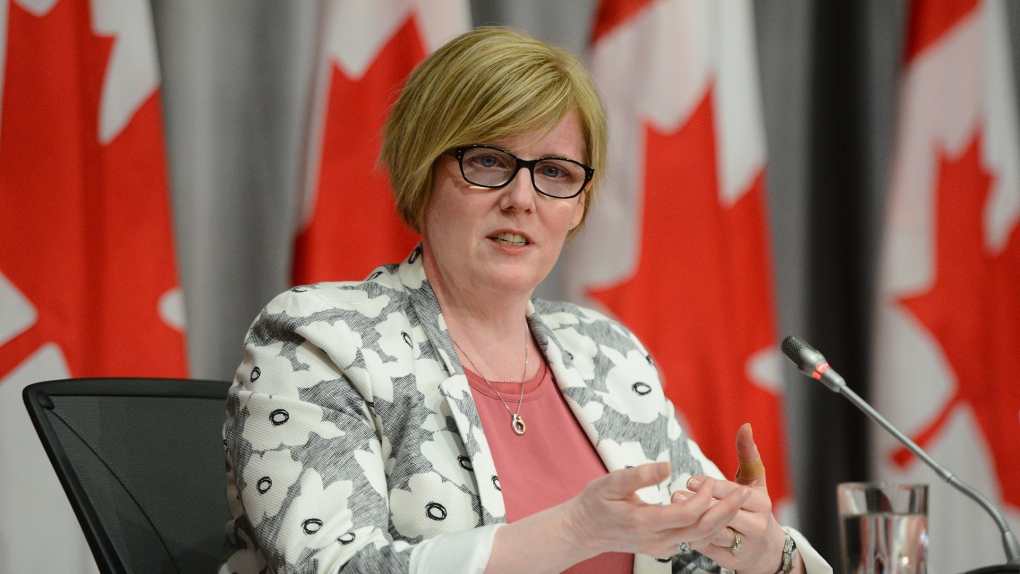 TORONTO -- The federal government is refusing to waive repayments for ineligible CERB recipients who applied for the emergency benefit despite an internal mix-up at the CRA that led to weeks of misinformation.

Employment Minister Carla Qualtrough’s office said Tuesday that the government decided in December that forgiveness for those who didn’t qualify “wasn’t on the table.”

“We haven't changed our mind on that,” the minister’s office said in a statement to CTVNews.ca.

But the statement also kept the door open for the possibility of that stance possibly changing.

“We have always said that we will look at our options and make a decision once we have all the necessary information.”

Phil Cox owns a theatrical supply company based in Kitchener, Ont. He received a letter from the CRA in December asking him to repay $14,000 by the end of 2020. But paying that money back is impossible now, Cox said.

“My landlord has the money. My bank fees have the money. My gas company has the money,” Cox told CTVNews.ca on Tuesday. “The money isn’t there. It’s not like I’m sitting on this huge stack of cash like Scrooge McDuck. I’m not — it’s gone. We used it to keep our business open.”

While eligibility was meant to be based on net income after expenses, CRA agents were provided written instructions that incorrectly stated that gross income, not net, was how someone’s eligibility for CERB would be determined. That information was then passed along to callers seeking clarity.

At the same time, the word “net” didn’t appear on CERB applications or the CRA’s “Who is eligible” page. It wasn’t until sometime after April 21 — more than two weeks after applications opened — that the CRA quietly update a Q&A page to include specific language on net income.

In December, the CRA told CTVNews.ca in a statement that “the Government of Canada acknowledges that communications on this topic were unclear in the first days after the CERB was launched. This includes both the CERB webpages, and the information provided to call centre agents.”

In December, the CRA sent 441,000 “educational” letters warning Canadians who received CERB that they may need to repay the funds by Dec. 31 because the agency was unable to confirm their eligibility.

Those letters were sent for a variety of reasons beyond the net-gross mix-up. It’s unclear how many Canadians applied for CERB based on inaccurate information.

With a $14,000 repayment hanging over his head, Cox said he’s now facing some impossible decisions.

“Do I tell my daughter she can’t keep going to university? Do I sell my car? Do I remortgage my house?”

Cox said he wants the government to not only admit that it made a mistake in the early CERB rollout, but to follow through on its promise to stand by small businesses hit hardest by COVID-19. He expressed frustration that small Ontario businesses like his are forced to remain closed while big box stores with grocery aisles can keep selling non-essential merchandise.

“Why not give it back to small Canadian business? Why not just say, ‘Hey, we made a mistake, we’re going to make it right?’” he said.

More than 4,200 people have signed a formal petition to the House of Commons calling on the federal government to change its stance and retroactively allow applicants who applied for CERB based on their gross income to qualify. The petition has received support from Green Party MP Paul Manly, whose party has called on the government to take a “compassionate approach” to these CERB repayments.

Having passed the 500-signature threshold, the petition will be presented to the House of Commons. The government is expected to table an official response.

At least seven unions in the Canadian arts sector have endorsed the petition, including the Alliance of Canadian Cinema, Television and Radio Artists, the Canadian Federation of Musicians and the Writers' Union of Canada.

More than 8.9 million Canadians applied for CERB and $81.6 billion was doled out through the program up until September. The government has since rolled out several other aid programs and revamped the employment insurance program to accommodate an estimated 2.1 million people who were receiving CERB.

For Cox, keeping his business afloat has been immensely challenging. He compared COVID-19 to weathering a storm, but everyone is in their own boats. Some boats are doing just fine, while others, like his, have sprung leaks.

“For some people, the only thing that’s different for them is they have to wear a mask. For them, their boats are fine. What (the government) is doing with this $14,000 is basically saying, ‘We’re going to let you sink.’”