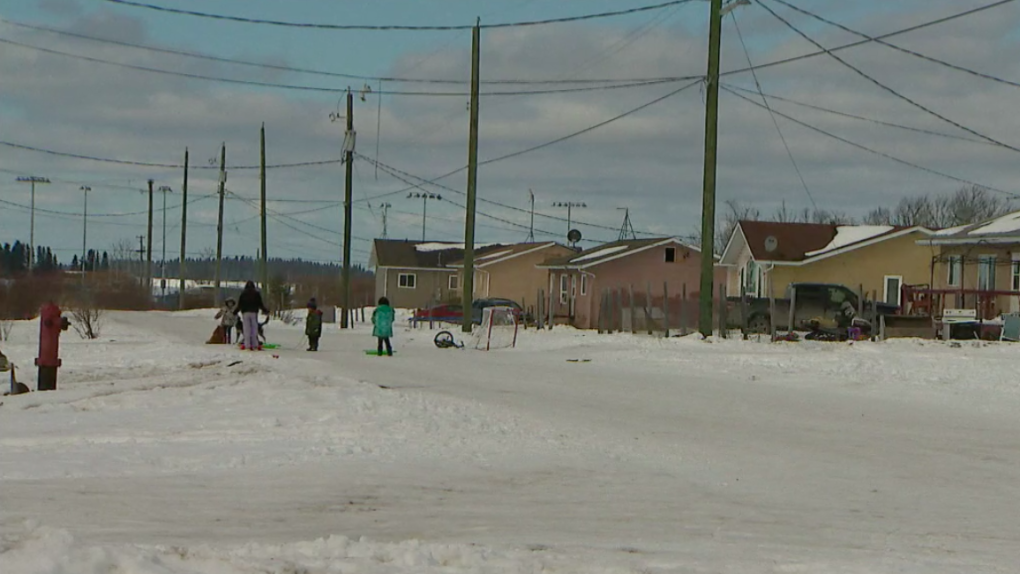 Pimicikamak Cree Nation, located more than 770 kilometres north of Winnipeg, closed its borders in March in the hopes of limiting the spread of COVID-19.

TORONTO -- First Nations communities largely avoided deadly outbreaks in the pandemic’s first wave and only account for a tiny fraction of Canada’s total COVID-19 caseload, but officials warn that a recent trend of large, mask-free gatherings could change that.

Indigenous Services Canada said that, as of Wednesday, the department is aware of 1,100 cases of COVID-19 on First Nations reserves. That’s less than one per cent of Canada’s total caseload, now at more than 208,000 cases.

Fifteen people from First Nations communities have died since March, officials said, and 72 others have been hospitalized.

Concerns were raised early on in the pandemic about the country’s most isolated First Nations communities, many of which have little access to hospitals, testing and medical supplies. Advocates warned that Indigenous Canadians could be vulnerable if outbreaks were to occur on reserves, and some communities responded by setting up blockades to keep outsiders away.

That potential crisis was avoided. But officials warn that the success story could be spoiled as infection rates on reserves see a troubling surge.

Each week since Oct. 4, First Nations communities have recorded another 160 new cases. As of today, 322 cases are considered active, nearly a third of the total cases on First Nations reserves since March.

Earlier this month, a First Nation community in Saskatchewan shuttered its schools and went into lockdown after a series of religious services where participants didn’t wear masks, sparking concerns about transmission. A Manitoba First Nation took similar action after 19 people tested positive for COVID-19.

“Everyone must remain vigilant and continue to follow the measures that save lives,” the department said in a statement Thursday.

In Nunavik, Quebec, there have been 25 confirmed cases. Five remained active as of Thursday.

"Given what we have seen in the last two weeks, there is little doubt the second wave of COVID-19 will hit Indigenous communities harder,” Miller said on Oct. 8.

Researchers have been calling for Canada to track the link between race and COVID-19 as studies show marginalized communities suffer disproportionately more than white Canadians during the pandemic.

Research from the University of Toronto suggests that Black, South Asian and Indigenous Canadians are far more likely than white Canadians to have multiple medical conditions putting them at higher risk of severe outcomes from COVID-19.

Indigenous Canadians are nearly twice as likely as white Canadians born in Canada to have three or more pre-existing health conditions that make them more vulnerable to COVID-19, according to University of Toronto PhD student Shen Lin.

With the second wave well underway, Canada recorded 2,788 new cases of COVID-19 on Thursday, with B.C. and Alberta breaking their daily case records. Four people died of the virus in Manitoba, marking the province’s deadliest day so far.