Fauci shares lessons from pandemic, criticism of China's zero-COVID policy ahead of his departure from government

Fauci shares lessons from pandemic, criticism of China's zero-COVID policy ahead of his departure from government 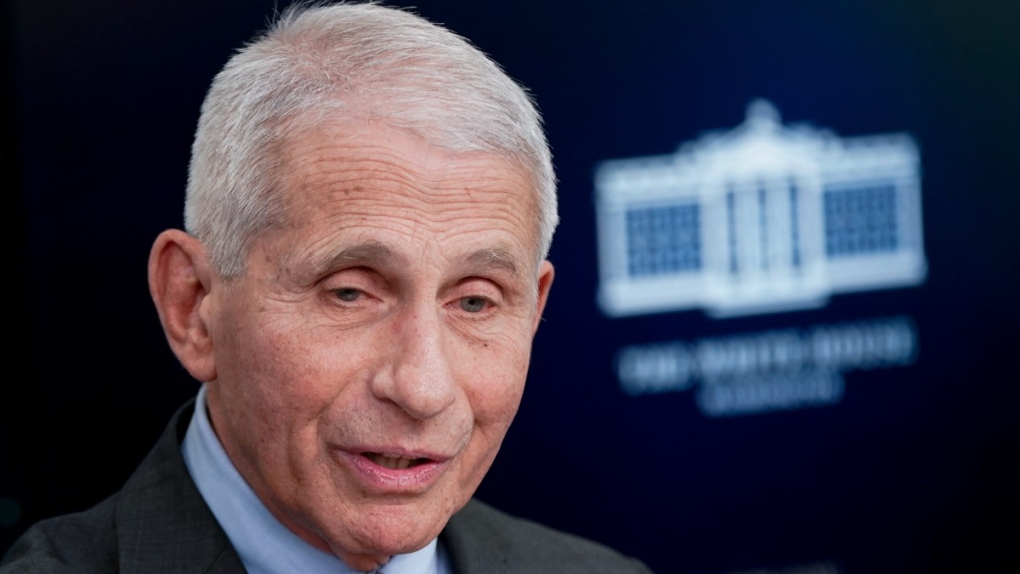 Dr. Anthony Fauci, Director of the National Institute of Allergy and Infectious Diseases, speaks during a press briefing at the White House, on Nov. 22, 2022. (Patrick Semansky / AP)

The COVID-19 pandemic has carried a key lesson for public health officials, Dr. Anthony Fauci said Monday: When talking to Americans, be clear that science is often a moving target.

"Hopefully, we could have been more on top of appreciating the dynamic nature of how things change, thinking that it wasn't aerosol spread in the beginning, and then you find out it is aerosol spread. Thinking that, well, symptomatic people spread it, and then you find out that 50% to 60% of the transmissions occur from someone who has no symptoms."

Many Americans see these changes as signs of scientists "flip-flopping," he said, when in reality "it's that the data are evolving in a very dynamic way."

Fauci announced in August that he would be stepping down from NIAID and as chief medical adviser to U.S. President Joe Biden "to pursue the next chapter of my career."

Asked about Republican lawmakers' intent to hold hearings on the origins of the coronavirus and any relation to US funding of viral research, Fauci told Tapper that it would be "essentially molecularly impossible" for the viruses involved in funding from the National Institutes of Health to turn into SARS-CoV-2, which causes COVID-19.

Experts agree that the virus almost certainly jumped into humans from an animal market in China but that they may never know for sure. "It's possible that there was a lab leak," Fauci said. "But if you look at the viruses that the NIH funded -- and it was a very small grant, $120,000, $130,000 a year of granting -- to study bat viruses in a surveillance way to see what's out there. ... If you look at those viruses and you look at what was done with the viruses, it would be essentially molecularly impossible for those viruses to turn into SARS-CoV-2 because they are so evolutionarily different."

Fauci criticized China's controversial zero-Covid policy, saying shutdowns "should always be a temporary phenomenon, not a long-range strategy," and should be done with an end point in mind, such as buying time to secure PPE or provide vaccinations. "When you want to shut down in order to interrupt immediately a process that's going on, like the spread of infection, there should be a purpose to it."

As for what's next for him, Fauci said he wouldn't enter any negotiations for future roles until next year -- but would probably be taking in a New York Yankees game in the spring.

What should Canada be doing about climate change? 25 recommendations

The national Net-Zero Advisory Body released 25 recommendations Friday for how Canada can adjust its climate plan to reach net-zero emissions by 2050 — a goal that the country is not on track to reach right now, according to the report.

The federal government posted a budgetary deficit of $3.6 billion in the first eight months of the fiscal year.

What looks like a giant teddy bear’s face peering into space from the surface of Mars is actually a satellite image of some craters and a circular fracture, scientists say.

Some U.S. auto insurers are refusing to cover some Hyundai and Kia models

Progressive and State Farm, two of America's largest auto insurers, are refusing to write policies in certain cities for some older Hyundai and Kia models that have been deemed too easy to steal, according to one of the insurance companies and media reports.

'It Ends With Us' movie casts Blake Lively and Justin Baldoni

BookTok is all abuzz with the news that Blake Lively and Justin Baldoni will be starring in a movie based on the bestselling romance novel, "It Ends With Us."